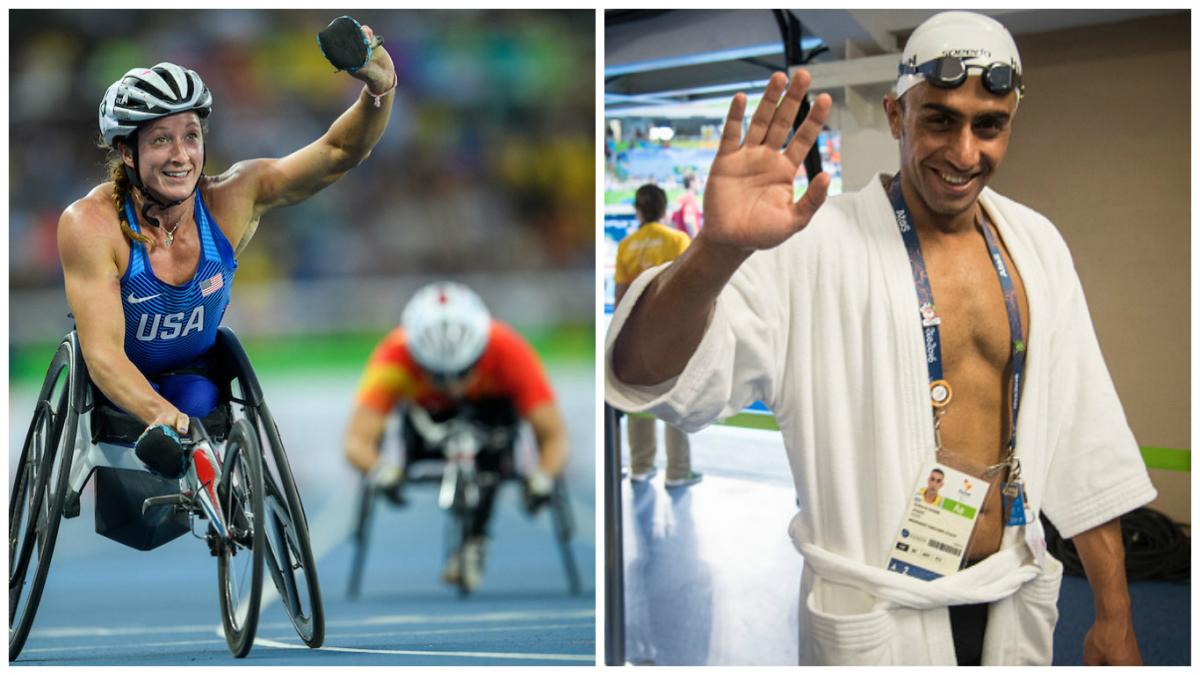 Ibrahim Al Hussein and Tatyana McFadden have been revealed as the recipients of the Whang Youn Dai Achievement Award at the Rio 2016 Paralympic Games.

The final two winners were chosen on Thursday 15 September by an independent panel of judges comprising of IPC Governing Board members.

The mission of the Whang Youn Dai Achievement Award is to enhance the will of people with impairments to overcome their adversities through the pursuit of excellence in sports and through the Paralympic Games. These two winners have shown exceptional qualities that represent this award.

There will be a press conference at the Aquatic Center on 17 September 2016.

Ibrahim Al Hussein, born and raised in Dayr Az Zawr, Syria, is part of the Independent Paralympic Athletes team. He began swimming at the age of five. His father was a swimming coach in Syria. However, in 2013, Ibrahim’s dreams were shattered when he became a victim of the civil war within Syria. As he was at home sheltering himself from a rocket strike, he heard his injured friend calling for aid. Determined to help, Ibrahim ran towards his friend. On the way, a bomb struck nearby injuring Ibrahim’s right leg, which needed amputation. However, proper medical treatment was not available and Ibrahim went without painkillers for up to two months. He eventually fled to Turkey and then to Greece, where he was able to start his rehabilitation after crossing the Aegean Sea on a rubber boat. His friends there encouraged and supported him to pursue sports and to participate in the Paralympic Games. Through determination and perseverance, Ibrahim overcame his adversities and is currently participating in the Rio 2016 Paralympic Games as a swimmer representing IPA. Taking these aspects into consideration, the IPC Governing Board has recognized his achievements and has selected him as the male winner for the Whang Youn Dai Achievement Award.

Tatyana McFadden was born in St. Petersburg, Russia, where she was abandoned at an orphanage. At birth, she was diagnosed with spina bifida, which left her paralyzed from the waist down. As a wheelchair was not available, Tatyana adapted by walking on her hands. She eventually moved to the United States at the age of six when Deborah McFadden, who was the commissioner for the US Department of Health and Human Sciences at that time, adopted her. Tatyana’s disability never stopped her from participating in sports and, at the age of 8, she was involved in a variety of sports. Among these sports, she was exceptionally talented and passionate about wheelchair racing. Her nickname, “Beast”, is no understatement as her previous records are outstanding. The Athens 2004 Paralympic Games was her debut into the Paralympics and she ranked second in the 100m T54, third in the 200m T54, and fifth in the 400m T54. In the 2013 IPC Athletics World Championships, she won every event from the 100m to the 5,000m. Additionally, she is the first ever athlete to win the New York, Chicago, Boston, and London marathons (the Grand Slam), and has done so for three consecutive years. In the Rio Paralympic Games, Tatyana once again showed – and is continuing to show – her outstanding performance levels, securing two gold and one silver medal with two events still remaining. She not only has the sporting excellence, but is also an advocate for the Paralympic Movement. For example, when she was in high school, she was prohibited from competing with non-disabled athletes for safety reasons. Tatyana, along with her mother, filed a lawsuit to eventually implement “Tatyana’s Law”, which allowed students with disabilities all across the US to have equal access to sports. Taking these aspects into consideration, the IPC Governing Board has recognized her achievements and has selected her as the female winner for the Whang Youn Dai Achievement Award. 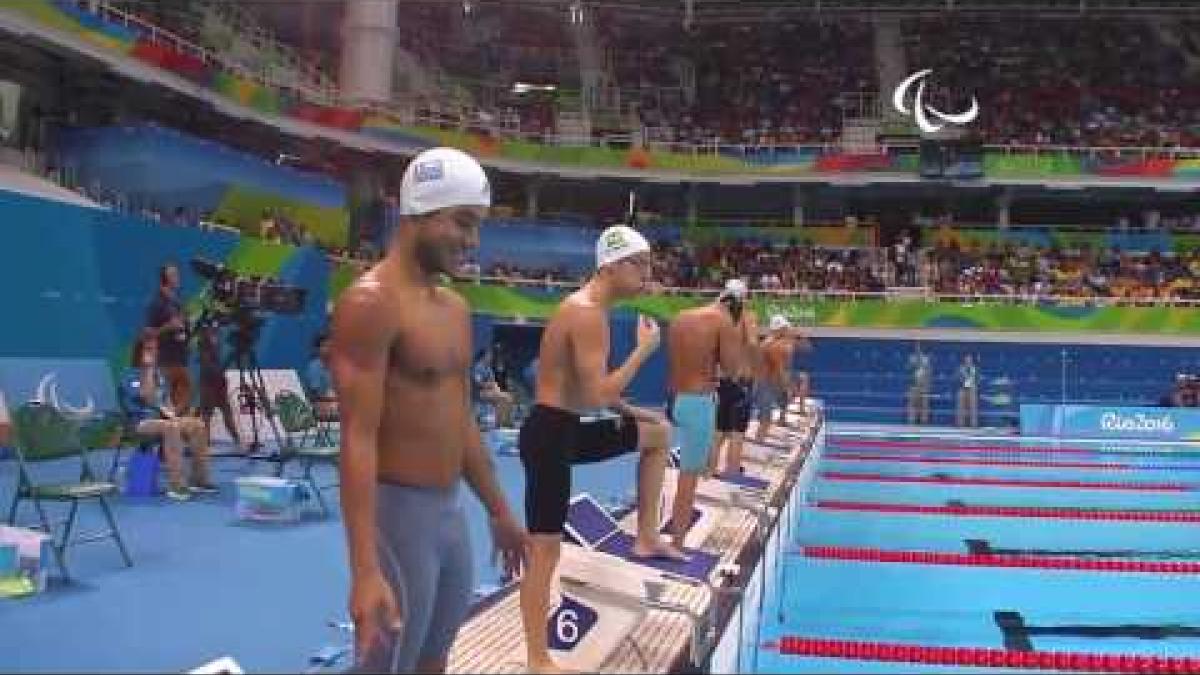 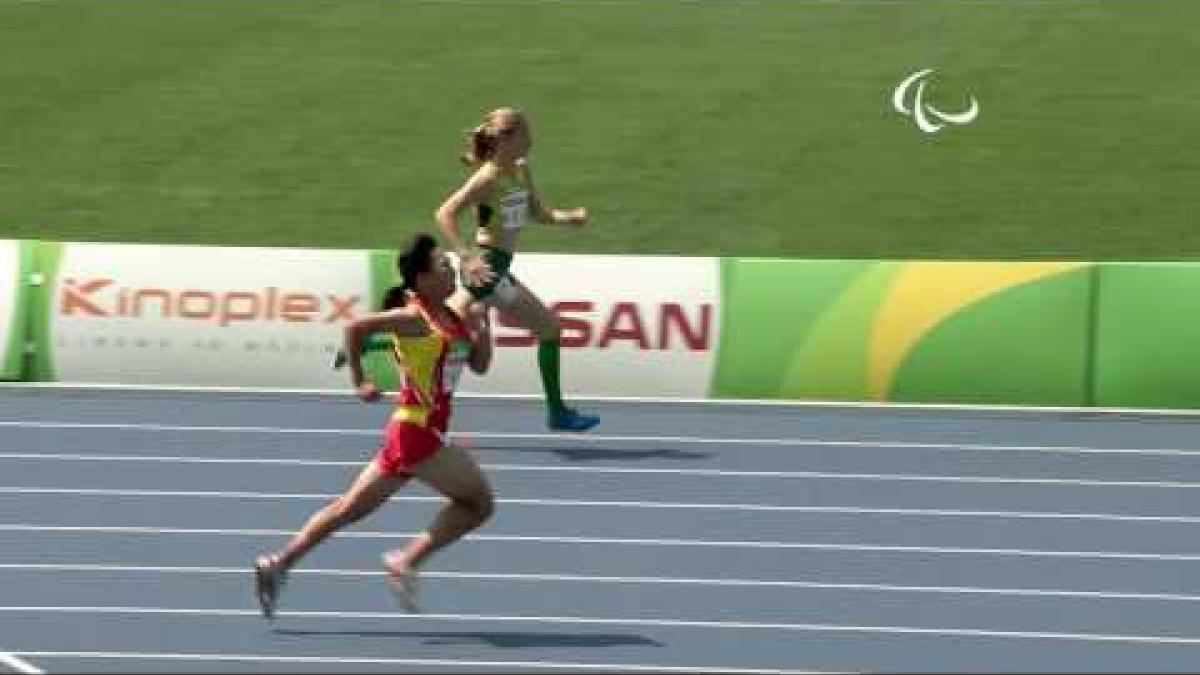