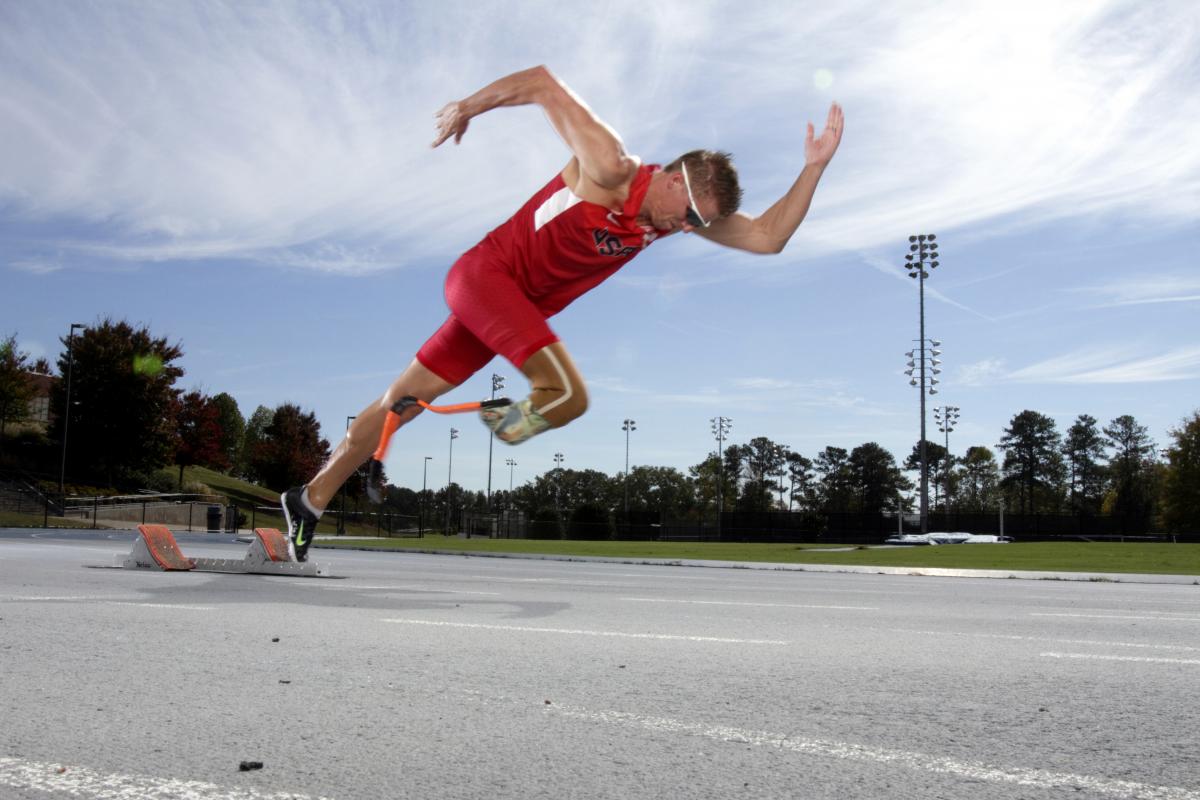 “I’ve got to run that first turn fast and be able to maintain it into the straight and try open up a little bit and run the straight the right way. I need to be mentally aware of my form and technique, and execute everything correctly."

David Prince, the American who broke Arnu Fourie of South Africa’s 200m T44 world record last month, believes his time could be lowered even further on Sunday evening (21 July) when the two go head-to-head for the 200m world title at the 2013 IPC Athletics World Championships in Lyon, France.

The 29 year old, who won 400m T43/44 bronze at last year’s Paralympics, ran 22.47 at the US trials to take 0.02 seconds off Fourie’s 200m record set at London 2012. He believes with the quality of the field in Lyon, the race will not be decided until the final stages and could be one of the fastest ever.

“It will be fast. I’m feeling good. It’s definitely going to be a good race with good competition. There are four or five guys who are really quick,” said Prince.

“Arnu is a fantastic athlete. We’ve both had a couple of issues this season. That world record is definitely in jeopardy. He ran very well in London and he’s had very good training up until this point,” he added.

Prince is more known as a 400m runner, an event he is also the T44 world record holder in. He hopes his stamina from running the longer distance will be to his advantage.

“I’ve got to run that first turn fast and be able to maintain it into the straight and try open up a little bit and run the straight the right way. I need to be mentally aware of my form and technique, and execute everything correctly.

“It’s about who is most physically fit to maintain that speed. I’d like to think that as I’m a 400m runner I would be more suited, but it all has to do with speed and lactic threshold.”

Prince believes he is the shape of his life coming into Lyon and admits what he achieved at the US trials is still a surprise. Tomorrow night he is hoping to win a medal.

“My training this season has been phenomenal. I’ve been the most consistent I’ve ever been. I’m still trying to figure out how I was able to run 22.47 into a 1.5m/s head wind as I’ve just been focussing on the 400m. The 200m was just an extra little treat.

“I’d like to be on the podium, but you never really know. You can race well all season and come out of those blocks and just bomb. Everything has been geared towards this meet. We’re fully prepared to go fast, not sure how fast. I’d love to go under 22 seconds in the 200m at some piint but that remains to be seen.”