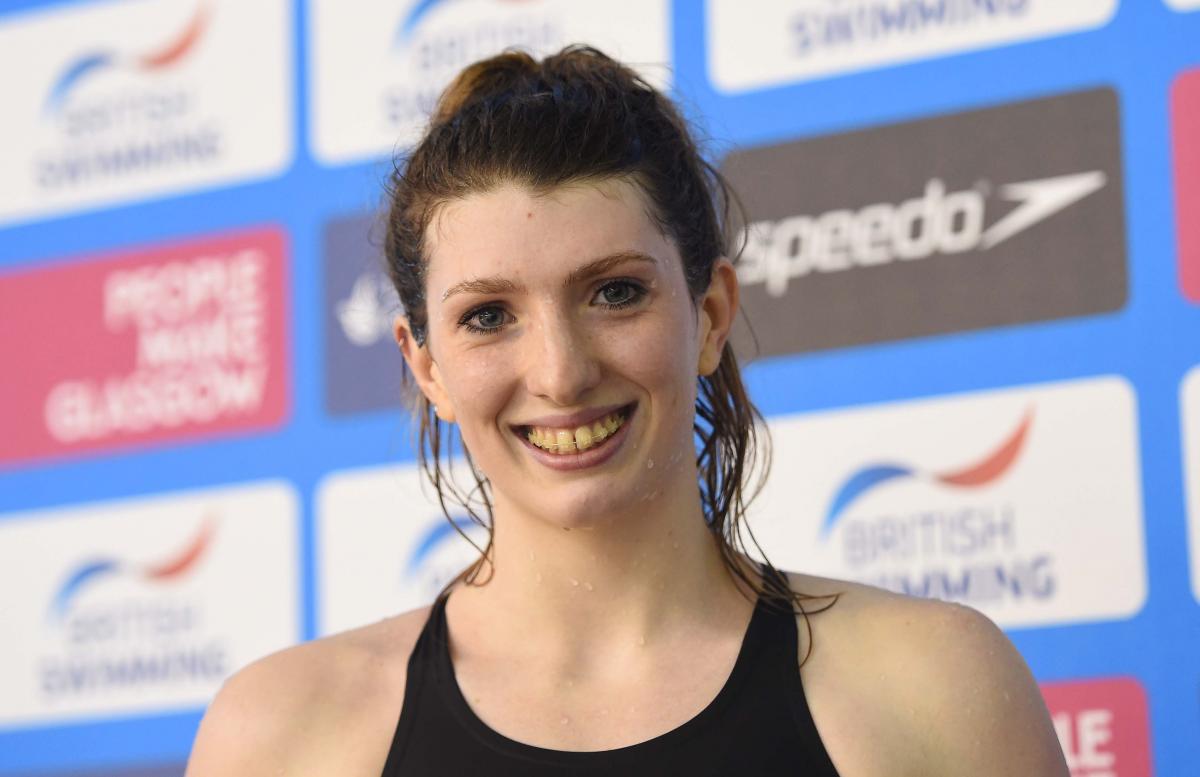 Great Britain's Bethany Firth has had a hugely successful meet in the same pool that will host the 2015 IPC Swimming World Championships.

Tai got her day underway with a new European mark of 1:08.80 in the morning’s heats.

The 18-year-old then touched in for a new world record of 1:07.66 in the multi-class final. Tai claimed the mark previously held by Australia’s Ellie Cole set at the 2015 World Championships.

“I’m a bit shocked to be honest, I wasn’t expecting to swim the time that I did and it was a massive PB [personal best] as well,” Tai said. “I didn’t swim too great in Rio, so to be back on track and performing where I want to be now with the rest of the season still ahead, it’s crazy.”

Tai led two of her teammates onto the podium with 1,045 points. Paralympic champion Hannah Russell (S12, 982) had to settle for second having taking wins on both previous days. Fellow title holder Stephanie Millward (S8, 980) was third, completing a high-scoring, high calibre top three.

Firth set two new S14 world records in the heats and finals of the women’s 100m butterfly, a non-Paralympic event.

Her heat swim of 1:05.23 shaved more than two seconds off the previous mark set by her teammate Jessica Jane Applegate in 2015. The 21-year-old then powered to a second world record in the final, registering a time of 1:04.62.

But Firth’s exceptional performance was not enough to unseat the USA’s S13 Paralympic champion Rebecca Meyers.

Meyers (934) secured her second win in as many days ahead of rival Shokhsanamkhon Toshpulatova (S13, 900) of Uzbekistan. Tai (S9, 882) made it onto the podium once again in third.

“It was a great race. I felt strong going out and I knew I had to bring it home and I did,” Meyers said. “It’s just the beginning of the season so to be doing these times, it gives me great confidence.”

Completing a series of records from Saturday was Uzbekistan’s Dmitry Khorlin in the men’s 100m butterfly. Khorlin’s heat time of 1:00.55 was a new S12 Asian record, followed by another new mark of 59.21 seconds in the final on his way to the win with 884 points.

The USA’s double Paralympic bronze medallist Tucker Dupree was the victor in the men’s 100m backstroke. Dupree scored 911 points to place himself ahead of his S12 rival Clegg (876). Clegg’s compatriot Jordan Catchpole (S14, 826) was third.

“It’s exciting to finish, that was my last event,” Dupree said. “It’s good to see where we are in the season right now, no rest just kind of coming in. My body’s pretty beaten up so to come out with that kind of swim is good. Swimming tough, ready and getting geared up in time for the Worlds.”

All heats and finals will be shown live at British Swimming's website.

Records are subject to ratification by World Para Swimming. 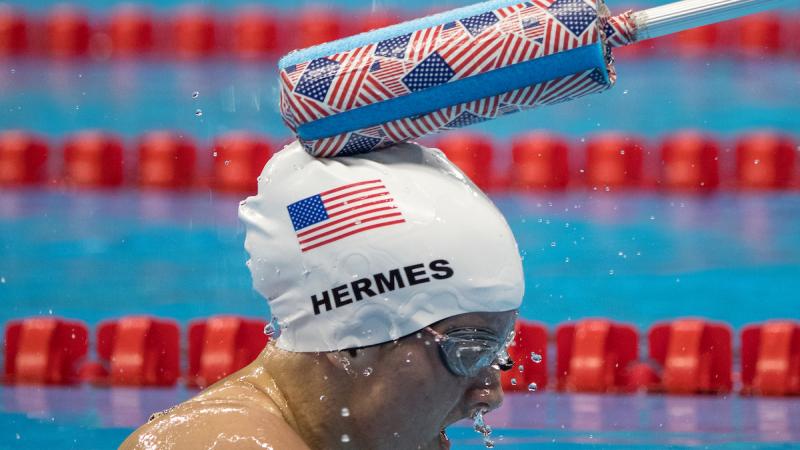 Swimming
How do visually impaired swimmers know where their opponents are?
Imagen 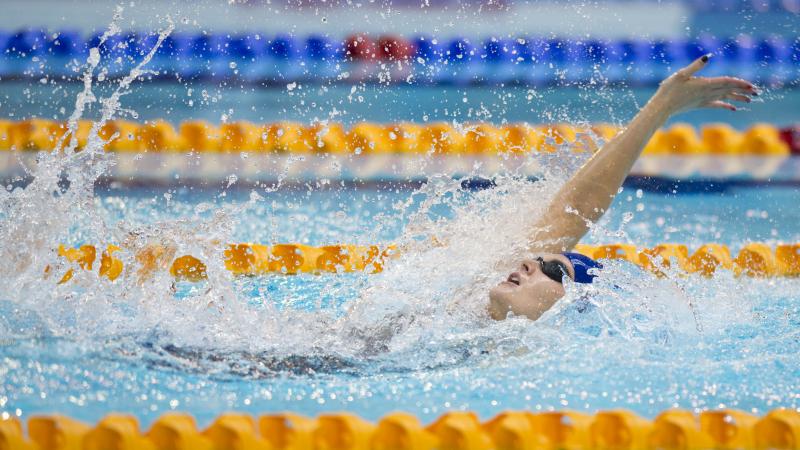