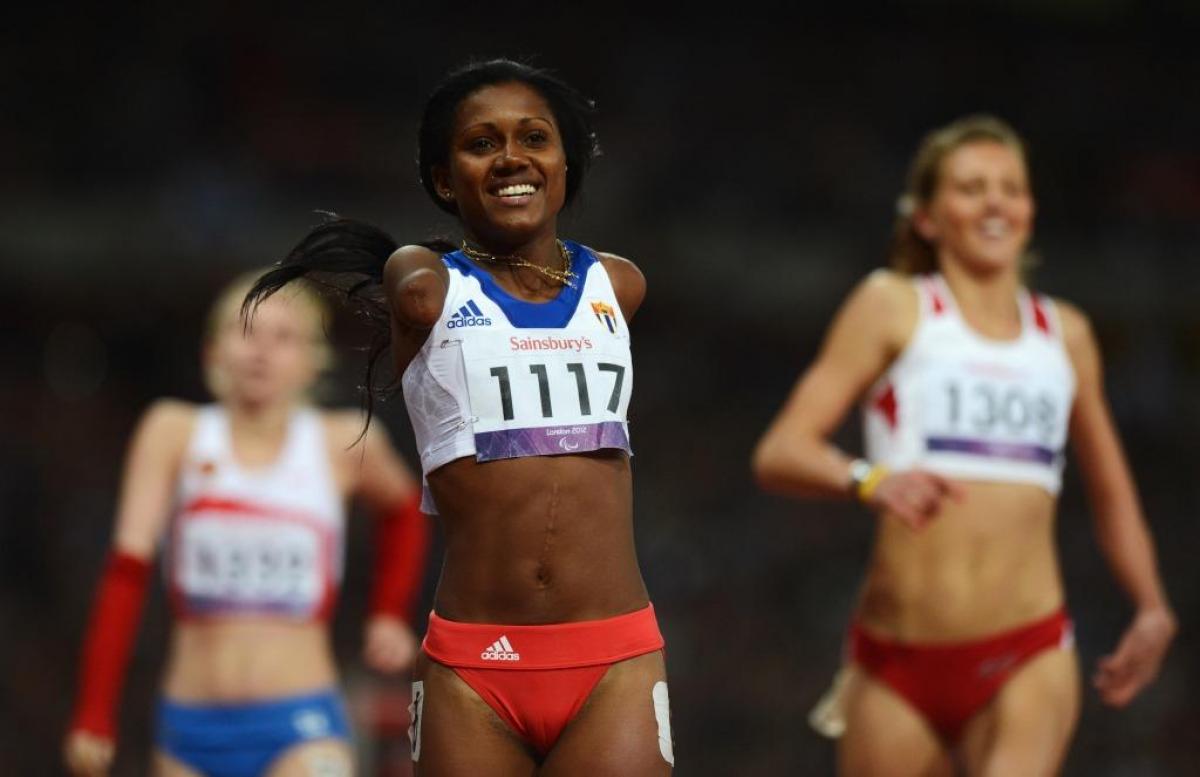 Yunidis Castillo of Cuba celebrates as she wins gold in the Women's 100m T46 Final at the London 2012 Paralympic Games.

The five-time Paralympic champion Yunidis Castillo has not given any signs of slowing down ahead of her participation at Rio 2016, where she is seeking to outdo her outstanding performance in London, four years ago, when she sealed a hat-trick of titles.

“This would be my first time competing in the long jump at a Paralympics, but after winning silver at last year’s Worlds, I truly believe I can make a splash in Rio,” said Castillo, who last year claimed gold in the 200m and silver in the 400m and long jump events at the World Championships in Doha, Qatar.

“The Paralympics will be amazing. I have been to Brazil many times and it feels like home to me.”

After giving birth to her son Gabriel, Castillo returned to the track last year at the Parapan American Games in Toronto, Canada, where she won double gold in the 100m and 200m T47.

“It was important for me because it was proof that I was still in good shape ahead of the Rio Paralympics,” she said.

After appearing at Beijing 2008 and London 2012, this will be the 29-year-old’s third Paralympic Games.

“It is always special to compete at the world’s biggest event for Para sport,” said Castillo.

“Beijing and London were both enriching experiences that I will never forget, not only because I won five Paralympic titles but also because I had the chance to meet people from all over the world and get to know more about their cultures.”

In 2015, the Cuban took part in a training camp in Sao Paulo, Brazil, organised by the Agitos Foundation, the development arm of the International Paralympic Committee.

“It was very interesting because they explained to the Paralympic athletes, many of whom were very young, that life goes beyond sports and you can still be useful to society when you are retired,” she said.

Rio 2016
Day One preview: your guide to what’s happening