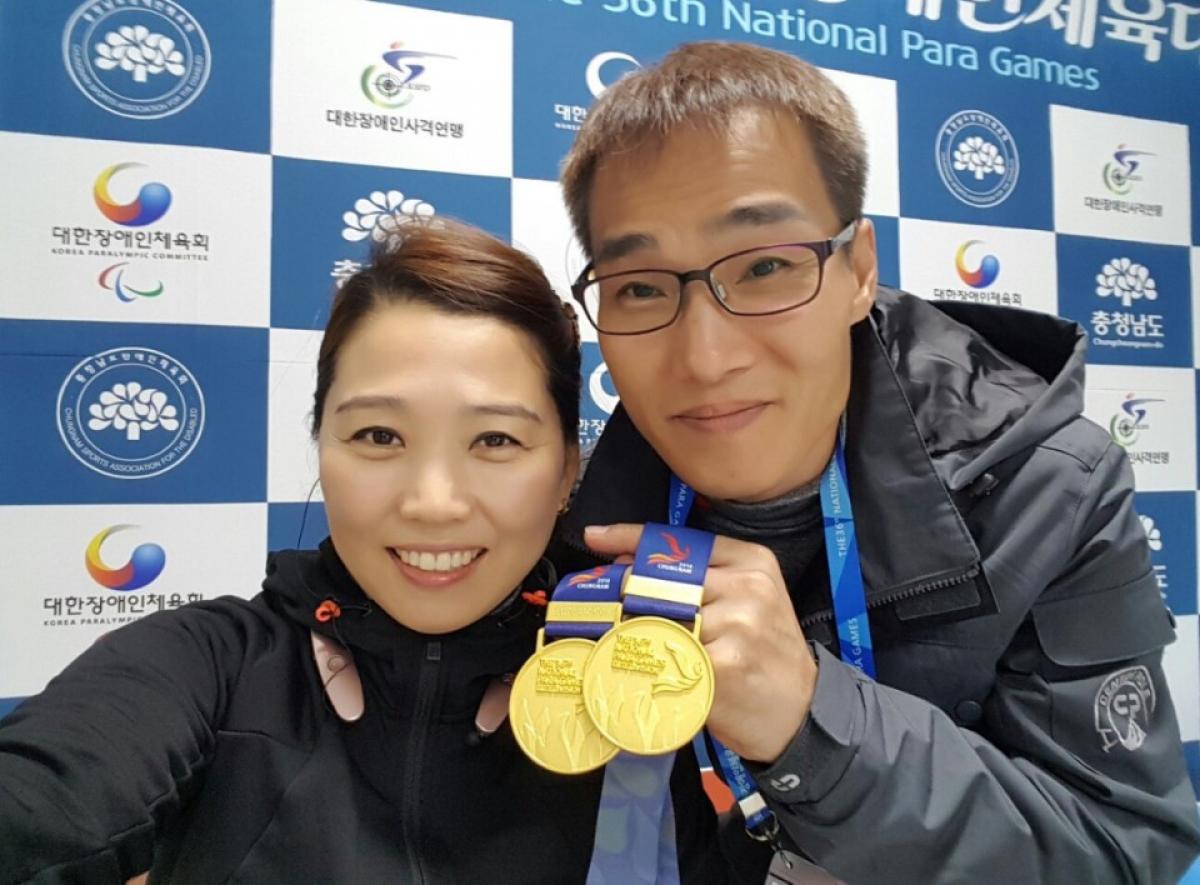 ⒸYunri Lee
By EJ Monica Kim | For the IPC

“All shooters including me wait for four years for competitions like the Paralympic Games and the World Championships while training so hard every minute. But despite of this hard work, on a match day, my hands are trembling, so I should grab my rifle strongly.”

South Korean shooter Yunri Lee is a veteran in the sport. But even the three-time Paralympian needs a friendly reminder on the basics of shooting a perfect 10.1.

“Through my third Paralympics, I realised once again that the outcome of this sport is up to a level of concentration,” she said.

It is a helpful reminder with Wednesday (24 January) marking 100 days to go until competition begins at the 2018 World Shooting Para Sport Championships in Cheongju, South Korea. There, she is targeting double gold on her home range.

Throughout Lee’s career, she has seen up-and-down results in the shooting range but has managed to reach the podiums.

She finished fourth in the R2 (women’s 10m air rifle standing SH1) at the Rio 2016 Paralympics. But she did leave with a bronze medal in the R8 (women’s 50m rifle three positions SH1).

At Beijing 2008, Lee captured the R8 Paralympic title. But she could not defend that, and fell to Slovakia’s Veronika Vadovicova in the bronze medal match at London 2012.

“I learned a lesson through the final match in the R2, because before the final match, I had expected that I would be in medal contention following good results in qualifications. However, the finals were different,” she continued.

“Therefore in the bronze medal match of the R8, I never thought about anything else, but just devoted to shoot at my target.”

Her only competition last year was the World Cup in Bangkok, Thailand, in November. There, she captured silver in the R2, and also helped South Korea to gold in the team event.

Ahead of the 2018 World Championships, she will focus on four things in training sessions with her husband and personal coach Chun-Hee Lee: getting strong physically, concentrating, staying calm and keeping positive.

“All shooters including me wait for four years for competitions like the Paralympic Games and the World Championships while training so hard every minute,” she said. “But despite of this hard work, on a match day, my hands are trembling, so I should grab my rifle strongly.”

The 43 year old has set a target of two gold medals in the R2 and the R8. Four years ago at the Worlds in Suhl, Germany, she finished third in both events.

One of her concerns however entering this year’s Championships is the new rule; in the R2, the total number of shots is 60, instead of 40. In the R8, it has increased from 60 to 120 shots to bring it into line with the men’s event.

“Good pacing to the end will be a key. There is nothing to worry, because I’ve always overcome all challenges until now,” she said.

“I believe that it is a great opportunity to improve my confidence by claiming victories at such a big event on the way to Tokyo 2020,” she added.

After her successful debut in 2008, Lee has her fourth Paralympic Games in her mind.

“I receive financial support from public offices including Wando County Office. That’s why I can continue my sporting career,” she said.

“Therefore for me it is my main responsibility to bring honour to my country and people through the sport.”

Shooting
2018 shooting Para sport Worlds: What you need to know