Ahead of this week’s Co-ordination Commission, the International Paralympic Committee (IPC) staged a third Executive Project Review with the Rio 2016 Organizing Committee on Sunday (3 June).

Topics that were discussed included accessibility standards, Paralympic planning and integration and test events strategy. Updates were also given on the construction of the village and sporting venues.

Jose Luis Campos said: “Overall the IPC is pleased with Rio 2016’s progress and a lot subjects were covered during the day long Executive Project Review.

“The Organizing Committee is under no illusions that the eyes of the world will switch to Rio following the conclusion of this summer’s Paralympic Games and they must be prepared to face even greater levels of scrutiny than before.”

Starting today (4 June) the IPC delegation will form part of the IOC Co-ordination Commission’s two day meeting reporting on the progress of the Rio 2016 Olympic and Paralympic Games. A specific Paralympic working group will meet the Government to discuss their plans for the Games.

Prior to the Executive Project Review, the IPC Academy, the education partner of the IPC, delivered two workshops. The first was on developing a meaningful Paralympic legacy for the Games and the second was on Understanding IPC Requirements and Paralympic Clients which covered all the requirements that are in the IPC Handbook, Technical manuals and other guides.

For more information on the Rio 2016 Paralympic Game which will take place between 7-18 September 2016, please visit www.rio2016.com. 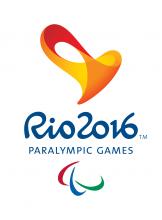