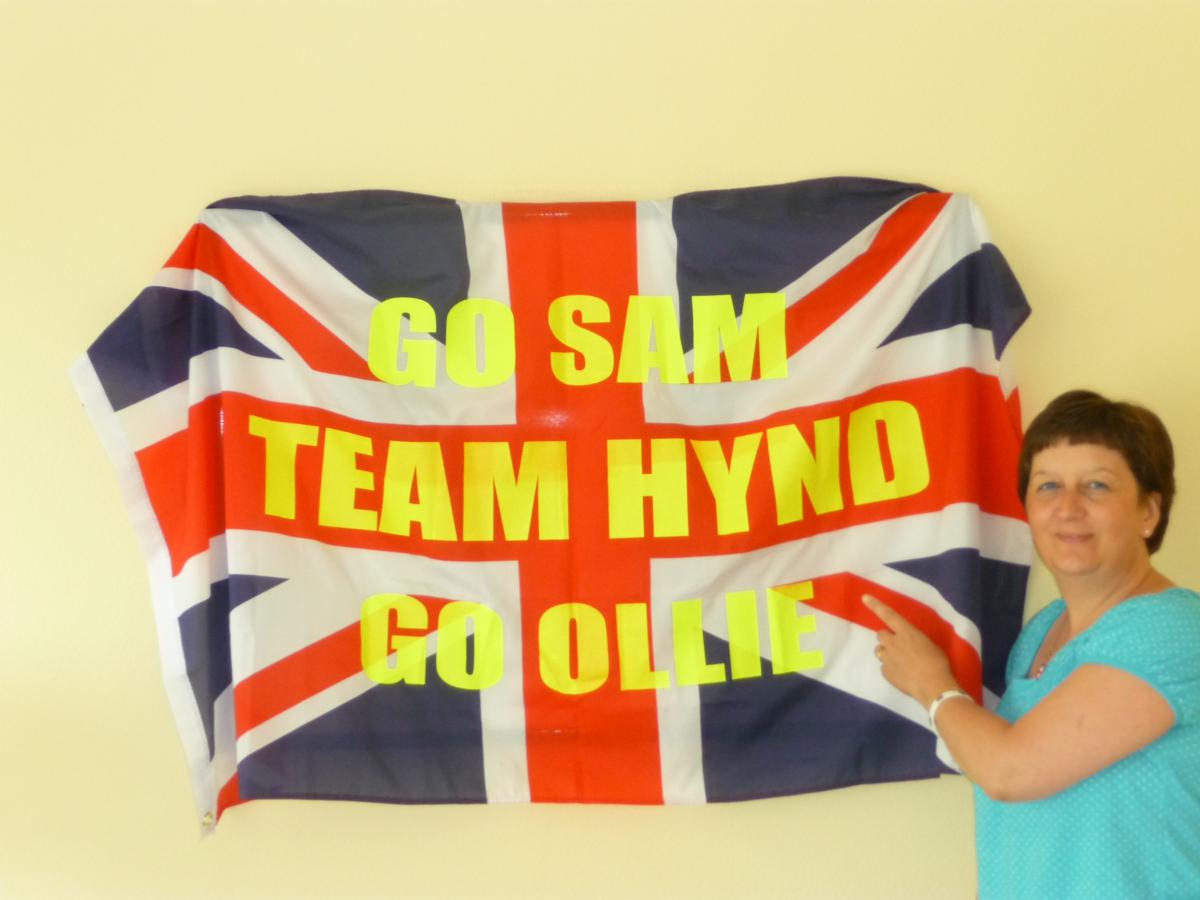 Proud mum Helen Hynd will be a London 2012 Torchbearer

“I feel very humble to be chosen, and believe when I get to run I’ll feel a great sense of pride for everyone involved in the Paralympic Movement, from the IPC to the hundreds and hundreds of Paralympic athletes throughout the world who will be competing in London."

Helen Hynd, the mother of ParalympicsGB swimmers Sam and Oliver Hynd, has been chosen by the International Paralympic Committee (IPC), the global governing body of the Paralympic Movement, to act as a Torchbearer during the London 2012 Paralympic Torch Relay.

The 49 year-old from Kirkby in Ashfield, Nottinghamshire, was chosen by the IPC following a search via its website www.paralympic.org for inspirational people to be nominated as Torchbearers.

As the mother of two sons – Sam and Oliver – who have both been selected to represent ParalympicsGB in S8 swimming events at London 2012, Helen fitted the bill perfectly according to the IPC.

Both Helen’s sons took up swimming at a very early age and for the last eight years she has had six 5am starts a week taking Sam and Oliver training, and made various other sacrifices, so they could pursue their Paralympic dreams.

Helen Hynd said: “At first I thought it was a hoax when I found out I was going to carry the Paralympic Torch, but then I felt a feeling of shock, disbelief and delight when it started to sink in.

“I feel very humble to be chosen, and believe when I get to run I’ll feel a great sense of pride for everyone involved in the Paralympic Movement, from the IPC to the hundreds and hundreds of Paralympic athletes throughout the world who will be competing in London.

“The Torch is a mark of those athletes’ talents, and it’s such an honour to be involved and be part of something so special.”

Eldest son Sam, aged 21, will go into London 2012 as the defending Paralympic 400m freestyle champion after he took gold in Beijing in a world record time of 4:26.25 - a record he lowered further in May 2010 to 4:26.08. In 2008 Sam also took 200m Individual Medley Paralympic bronze and in 2010 picked up one gold, one silver and two bronze medals at the IPC Swimming World Championships in Eindhoven, the Netherlands.

At last year’s IPC Swimming European Championships he beat younger brother Oliver, 17, who was making his international debut in Berlin, Germany, into silver in his favoured 400m freestyle. He also won bronze in the 200m individual medley - an event Oliver won in a new European record time of 2:25.75 – and the 4x100m medley relay. Oliver capped off a memorable first international championship with a third medal, a bronze in the 100m backstroke.

In London 2012 the two will go head-to-head in the impressive 17,500 capacity Aquatics Centre, a proud and extremely memorable moment for Helen and her husband Darrell who have seen the competition between the two build since a very early age.

Helen said: “I remember when Ollie passed all his swimming honours aged eight, he was saying to Sam, ‘I beat you as you were nine when you passed yours,’ and since then they’ve grown even more competitive against each other.

“Seeing both of them compete in London will fill me with enormous pride because they will be going head to head, and, I know in my heart, it’s most likely for gold.

“It’s going to be very emotional for me and my husband. We can’t control the races and naturally I wish both could win gold in the same race as they are equally talented. We’ll certainly be shouting and rooting for both as part of Team Hynd.

“I get really excited when I think about London and I visualize them both swimming in the pool, but I also get really, really nervous!”

Sam Hynd said: “I’m extremely proud of my mum for her involvement in the Torch Relay, especially considering the time and effort both her and dad have put my swimming career as well as Ollie’s. I think it is great news the IPC has chosen her to be a Torchbearer and hope she loves every single minute.”

Ollie Hynd said: “It is fantastic that mum has been chosen as a Torchbearer. As an avid supporter of the Paralympic Movement it is a great honour for her and us as a family. Both our parents have played a vital part in our swimming careers and I am really excited about the Games.”

Helen Hynd is one of 50 torchbearers selected by the IPC to take part in the London 2012 Paralympic Torch Relay.

In total 580 Torchbearers will light the way to the Paralympic Games by carrying the Paralympic Flame on a 24 hour overnight journey from Stoke Mandeville, the spiritual birthplace of the Paralympic Movement, to the Olympic Stadium for the Opening Ceremony.

Ahead of the Relay, and as part of a new concept for the Paralympic Torch Relay, a Flame will be lit in London, Belfast, Edinburgh and Cardiff, using the energy of physical human endeavour. The four Flames will be united at the Paralympic Flame Lighting Ceremony at Stoke Mandeville on 28 August before the Relay begins. 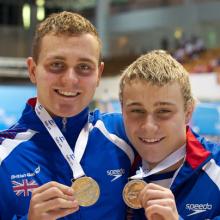 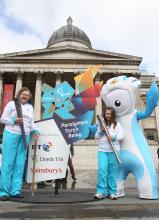 The London Organising Committee of the Olympic and Paralympic Games (LOCOG) has announced the first 332 people who have been chosen to carry the Paralympic Flame as Torchbearers in the London 2012 Paralympic Torch Relay.