Myanmar at the Rio 2016 Paralympics 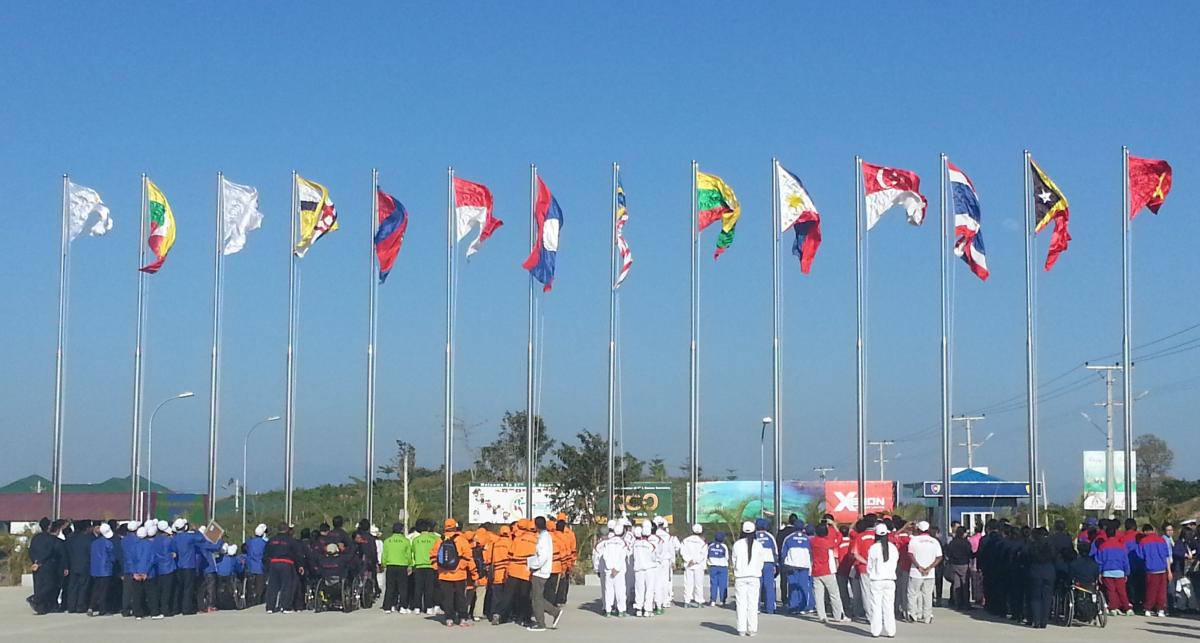 Athletes and teams from 11 countries gathered to see their flag raised in a ceremony held in the Athlete's Village at the 2014 Asean Para Games.

ⒸAPSF
Athletes and teams from 11 countries gathered to see their flag raised in a ceremony held in the Athlete's Village at the 2014 Asean Para Games.© • APSF

·Myanmar has claimed seven medals at the Paralympic Games: G2-S3-B2.

·Myanmar made its debut at the Toronto 1976 Paralympic Games.

·Myanmar is in 74th place on the Summer Games' all-time medal table.

·The NPC has claimed all of their medals in athletics.

·He won a gold medal in the men's high jump A3 and silver in the men's long jump A3 in 1984. Gyi Aung finished one position behind him in both events, thus claiming a

silver and bronze medal. They are the only athletes representing Myanmar to have claimed multiple medals.

·Swimmer Sit Aung Naing participated at the last two Paralympic Games, but never finished higher than ninth in any of the five events he competed in. He finished second

in the men's 200m individual medley SM6 at the Incheon 2014 Asian Para-Games.

·There is no rights holding broadcaster in Myanmar, but the Paralympic Games can be watched live via the IPC’s website at www.paralympic.org.