Namibia at the Rio 2016 Paralympics 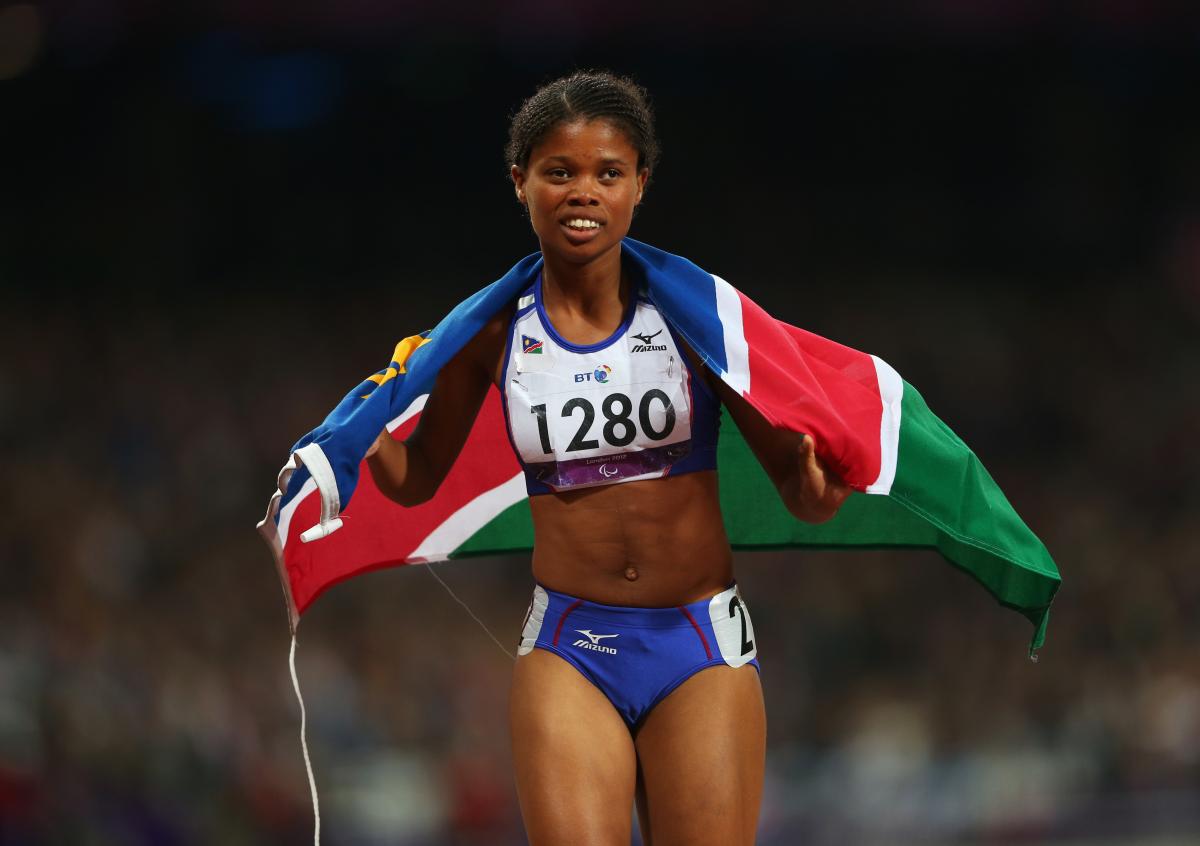 Johanna Benson became the first Namibian to win gold at either the Olympic or Paralympic Games.

Johanna Benson became the first Namibian to win gold at either the Olympic or Paralympic Games. © • Getty Images

·Namibia has claimed three medals at the Paralympic Games: G1-S1-B1.

·London 2012 were Namibia's most successful Paralympic Games to date, winning their only gold medal (S1).

·Namibia made its debut at the Barcelona 1992 Paralympic Games.

·Namibia is in 89th place on the Summer Games' all-time medal table.

·The NPC has claimed all of their medals in athletics.

·Johanna Benson is Namibia's most successful Paralympian in individual events (G1-S1), as she won the NPCs only gold medal so far. She was victorious in the women's

The only other medal was collected by Reginald Benade, as he came in third in men's discus throw F35/36 in Beijing 2008.

·There is no rights holding broadcaster in Namibia, but the Paralympic Games can be watched live via the IPC’s website at www.paralympic.org.