USA at the Rio 2016 Paralympics 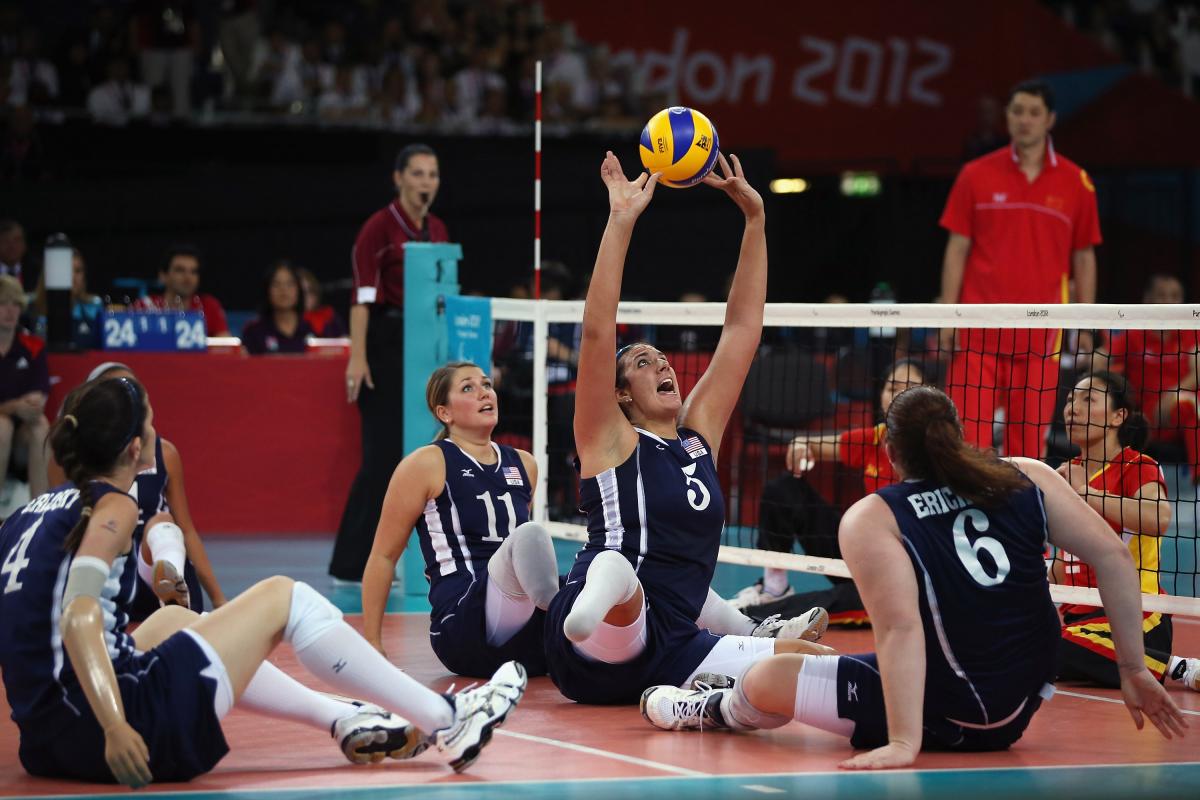 Katie Holloway sets the ball for USA against China in the gold-medal game at the London 2012 Paralympic Games. © • Getty Images

·United States is in first place on the Summer Games' all-time medal table.

·The NPC has been most successful in athletics, claiming 359 gold, 357 silver and 342 bronze medals.

·Swimmer Trischa Zorn is United States' most successful Paralympian in individual events: G30-S8-B4. She also claimed several medals in team events, making her the most

successful athlete in history of the Paralympic Games.

·Zorn won her medals at seven separate Paralympic Games, from Arnhem 1980 until Athens 2004.

·United States have topped the medal table in eight of the previous 14 Paralympic Games, but not since last hosting the event in 1996 in Atlanta.

and canoeing). In addition, rowing, wheelchair fencing and sitting volleyball are still shy from a gold medal from United States.

·Part of United States' women's volleyball team vying for the NPC's first gold medal in the sport in Rio is IPC's ones-to-watch Katie Holloway. In 2008 and 2012 she helped

her team to a silver medal in the competition.

·Tennis player David Wagner will compete in his fourth Paralympic Games, having won the quad doubles title in each of his previous three participations. He bagged three

·Wagner, on the IPC's ones-to-watch list, has won four Grand Slam titles in singles and six in doubles.

·Tatyana McFadden (athletics) has won three Paralympic and 12 world titles in her career. At the Sochi 2014 Paralympic Winter Games, she even medalled in the women's

·NBC Universal is the rights holding broadcaster in the USA for the Rio 2016 Paralympic Games. More information can be found at www.nbc.com.