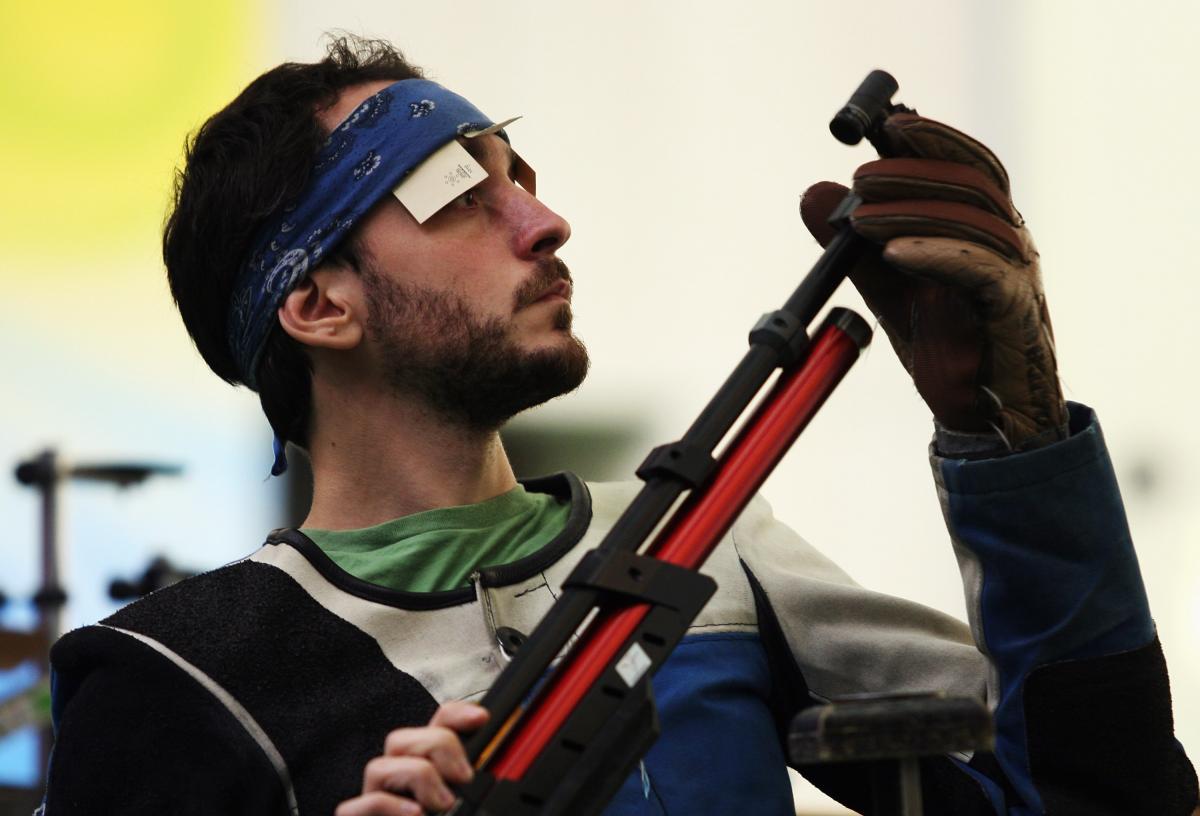 Cedric Friggeri from France checks his weapon as he competes in the Men's R1-10M Air Rifle final Shooting competition during day two of the 2008 Beijing Paralympic Games.

Due to the London 2012 Paralympic Games, the 2012 IPC Shooting World Cup consisted of two events. The first of which was held in April in Poland, whilst Turkey staged the second and final event in May. Full results can be found in the related document tab to the left of this page.