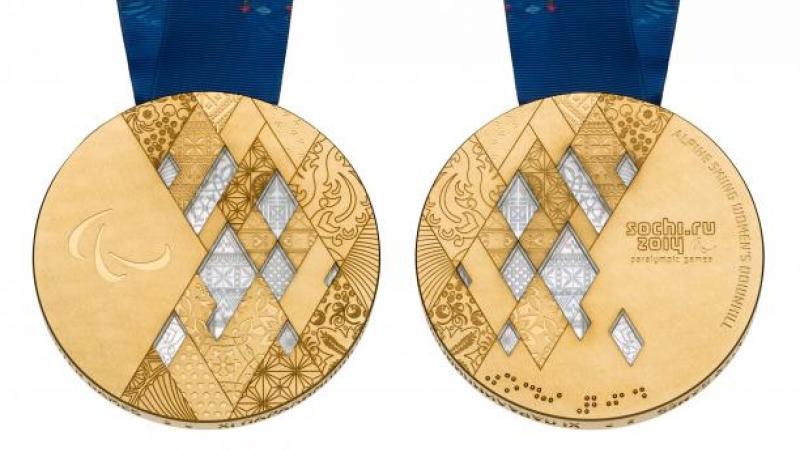 The metal itself was embossed with the same designs lifted from Russian imagery. The obverse side featured the IPC’s logo, while the reverse showed the discipline in which the medal was won as well as the words “Sochi 2014” written in braille.

The words “XI Paralympic Winter Games” encircle the medal in both Cyrillic and English.

The medals are the heaviest ever made for a Paralympic Games, the gold one weighing in at 712g.

For more information, read this article about the unveiling of the Sochi 2014 Paralympic Winter Games medals.