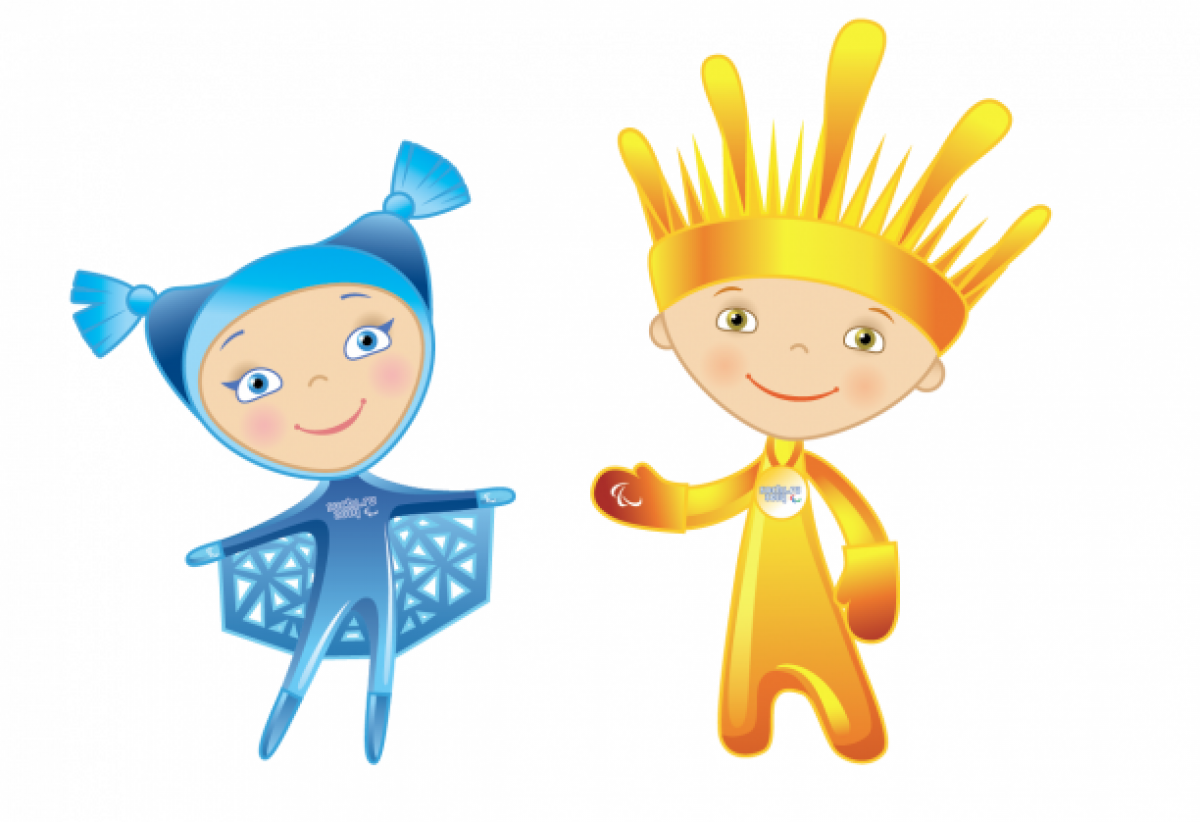 Ray of Light and Snowflake were the mascots of the Sochi 2014 Paralympic Winter Games.

Ray of Light and Snowflake were the mascots of the Sochi 2014 Paralympic Winter Games. Ray of Light came from a different planet that was perpetually hot, and landed on earth. With amber skin and bright, large eyes and hair looking like flames, he was overwhelmed by the new experiences he made. Ray of Light soon found out that he and the people of earth had a lot in common, he took up Nordic skiing and became friends with the people around him. As the only alien on earth, though, he became lonely, until one day he saw a shooting star falling to earth, which turned out to be Snowflake – a girl with skin as white as snow, coming from a planet that was perpetually cold. Snowflake and Ray of Light became friends, inventing the sports of ice sledge hockey and wheelchair curling. The Paralympic mascots Ray of Light and Snowflake stayed on earth, finally acknowledging that, through sport, they are not so different from humans after all.