The IPC Scientific Award recognises the work of one academic researcher for their contribution to research in the field of Para sport. To be eligible for this award, candidates must have contributed through significant scientific publications or received national and/or international recognition for their work, and place an emphasis on the practical application of research with direct or indirect benefit to the Paralympic Movement. This award also aims to promote and encourage further study in this area. The IPC Scientific Award will ordinarily be presented biennially, around the IPC VISTA conference.

How can individuals be nominated?

Nominations may be submitted by IPC Members and members of the Governing Board and Athletes’ Council. The IPC may also call for nominations from outside the IPC membership, including from the wider academic/scientific community. The IPC will send an invitational letter and a nomination form to all IPC Members, including the timelines and criteria.

Professor Vicky Goosey-Tolfrey is a Loughborough University professor who has sought ways to apply sports science to Para athletes who have been training for the international stage. For example, at the Beijing 2008 Paralympic Games, Goosey-Tolfrey led a team of sports scientists and healthcare experts, the Beijing Acclimatisation Group, to ensure athletes were prepared. 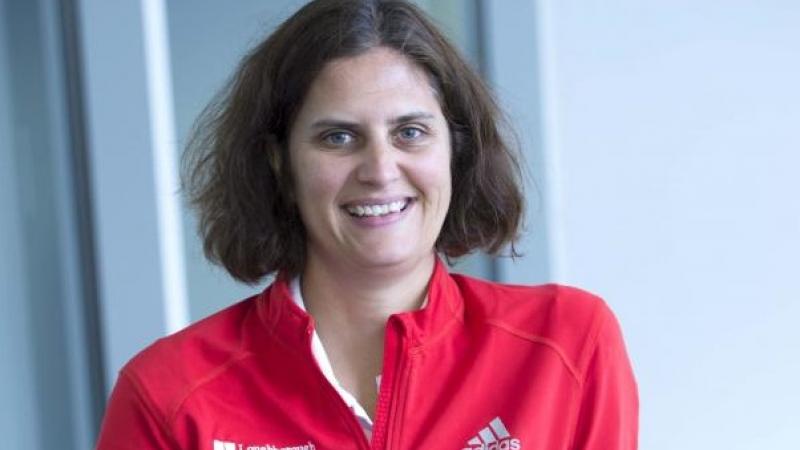 Goosey-Tolfrey was a member of the IPC Medical & Scientific Committee from 2005-2010, and currently acts as a sport science consultant for both the Great Britain Wheelchair Rugby Association and Para triathlon, overseeing the delivery of a support programme that led to Rio 2016.

She credits her accomplishments to her team at the Peter Harrison Centre for Disability Sport at Loughborough University.

Professor Mactavish is the Dean of the Yeates School of Graduate Studies, as well as a full professor in Disability Studies, Faculty of Community Services at Ryerson University, in Toronto, Canada. Mactavish receives the 2015 Paralympic Scientific Award in recognition of her role in the re-inclusion of athletes with an intellectual impairment into the Paralympic programme. 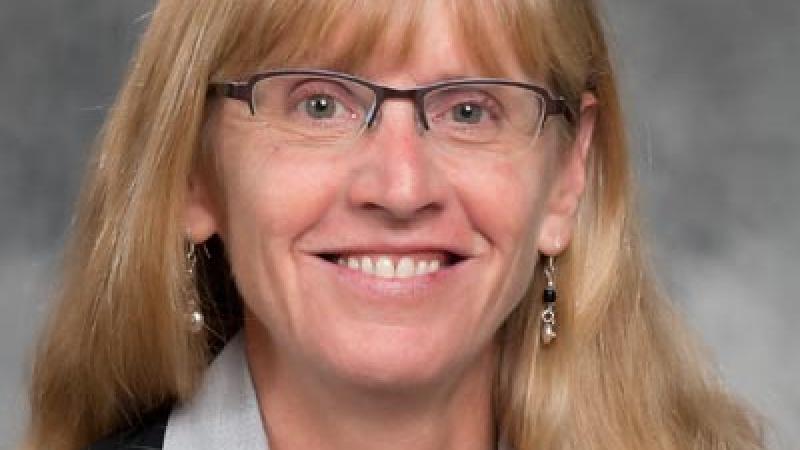 She served as the leading member joint IPC - International Sports Federation for Persons with an Intellectual Disability (INAS) Taskforce that provided the framework for the “Eligibility Classification Research” project.

This successful project eventually led to 120 intellectually impaired athletes competing at London 2012 after a 12 year absence in athletics, swimming and table tennis. Today, Mactavish is still a member of the IPC and INAS working group on classification of athletes with intellectual impairment.

In addition to her research on intellectual impairment and classification, Mactavish has contributed to the scientific work in family life and stress coping mechanisms of individuals with an impairment.

In 2013, she was awarded the Queen’s Diamond Jubilee Medal by Queen Elizabeth II for her national and international service to disability sport.

Dr. Rory Cooper is the founding director of the Human Engineering Research Laboratories at the University of Pittsburgh in the USA and has contributed to the Paralympic Movement as an athlete, coach, event organiser and sport scientist. 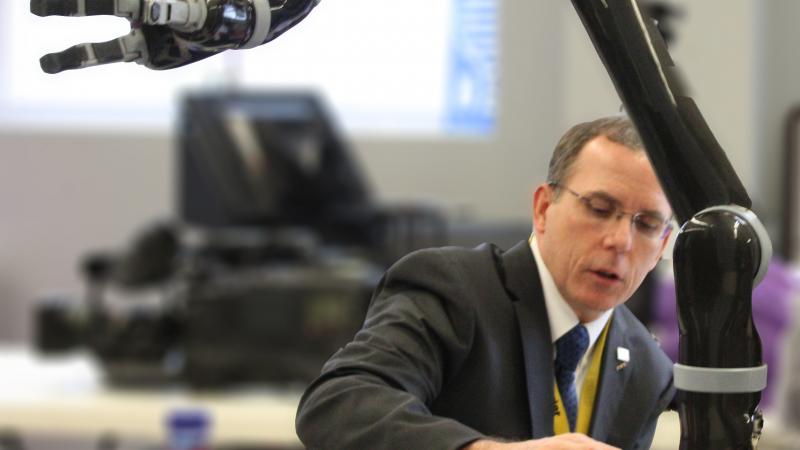 Two of his main aims, he said, have been to help achieve equity in Paralympic competition as well as to increase participation in Para sport and maximise an athlete’s potential.

Lucas van der Woude, Professor at the Centre of Movement Sciences at the University of Groningen’s Medical Centre in the Netherlands won the award for his work on the restoration of mobility during the rehabilitation of patients with spinal cord injuries. He has organised four different congresses in Amsterdam to bring together researchers in this field, and has produced a number of notable publications. 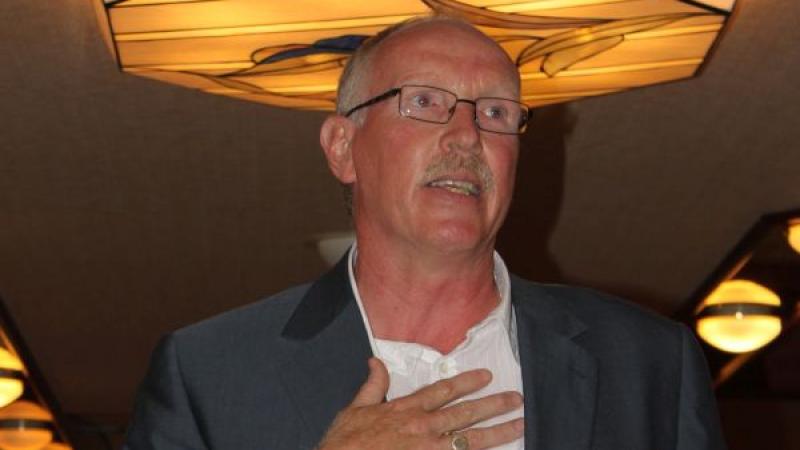 Van der Woude has worked on optimising manual wheelchair propulsion, both in the general wheelchair population and amongst athletes.

Throughout her international professional career Prof. Dr. Gudrun Doll-Tepper of Germany has offered distinction to scientific evidence for adapted physical activity and Paralympic Sport. She has a worldwide reputation as a spokesperson for equal rights, with emphasis on access and inclusion, whatever a person’s abilities, gender, religion or family background.

During her 12-year term of office as President of the International Council of Sport Science and Physical Education (ICSSPE), which terminated at the end of 2008, Prof. Dr. Doll-Tepper placed strong emphasis on both the principles and the practices of equity and inclusion in all the organisation’s activities. This was reflected in high profile events such as the World Summits on Physical Education in 1999 and 2005, which made the scientific case for the role of school physical education as an enabler of all children, for life long participation in physical activity.

The fact that in 2008 the IPC, ICSSPE, the International Olympic Committee (IOC) and the International Federation of Sports Medicine (FIMS) for the first time jointly organised an International Convention on Science, Education and Medicine in Sport, prior to the Olympic and Paralympic Summer Games, is to a large extent due to her promotion of this joint initiative.

Using her outstanding experiences and her knowledge, Gudrun Doll-Tepper also chaired the IPC Scientific Committee for many years and moderated the IPC/INAS-FID working group in the recent past.

Dr. Garry Wheeler is an exercise physiologist and registered psychologist. He is currently the vice president of the Alberta Division and Edmonton Chapter of the Multiple Sclerosis Society of Canada. Dr. Wheeler is also a psychologist in the Adult Brain Injury Outpatient Department at the Glenrose Rehabilitation Hospital and an adjunct professor in the Faculty of Physical Education and Recreation, University of Alberta.

In 1989, he obtained his doctoral degree in physical education in the area of exercise, training, hormonal responses to exercise and dietary behaviour of individuals in exercise programmes. In 1993, Dr. Wheeler completed a second master’s degree in Educational psychology specialising in counselling psychology. In 1997, he was chartered as a psychologist in the Province of Alberta, specialising in counselling psychology, anger management and coping/adjustment to chronic illness and disease.

Dr. Wheeler has been instrumental in health promotion and elite sports activities for persons with a disability at home and abroad. He has worked extensively with the Canadian Society for Exercise Physiology and National Fitness Accreditation and Certification Association (FACA). He is an author of the Canadian Physical Activity Fitness and Lifestyle Appraisal systems for able bodied and persons with a disability.

He is also a former member of the International Paralympic Committee (IPC) Sport Science and Education Committee, where he worked extensively with international researchers and experts in the disability sport area.

For several years, Dr. Higgs has been invited as a keynote speaker throughout the world to both academic and practitioner related events. Most impressive has been his ability to provide leadership in many different spheres.

In his profession as an academic and as a volunteer at the local, national and international levels, Dr. Higgs has inspired numerous peers and students. He is not satisfied to accept the status quo, and instead, continuously searches to push the boundaries and pursue his curiosity.