The IPC is composed of a General Assembly, Governing Board, Management Team and various Committees. 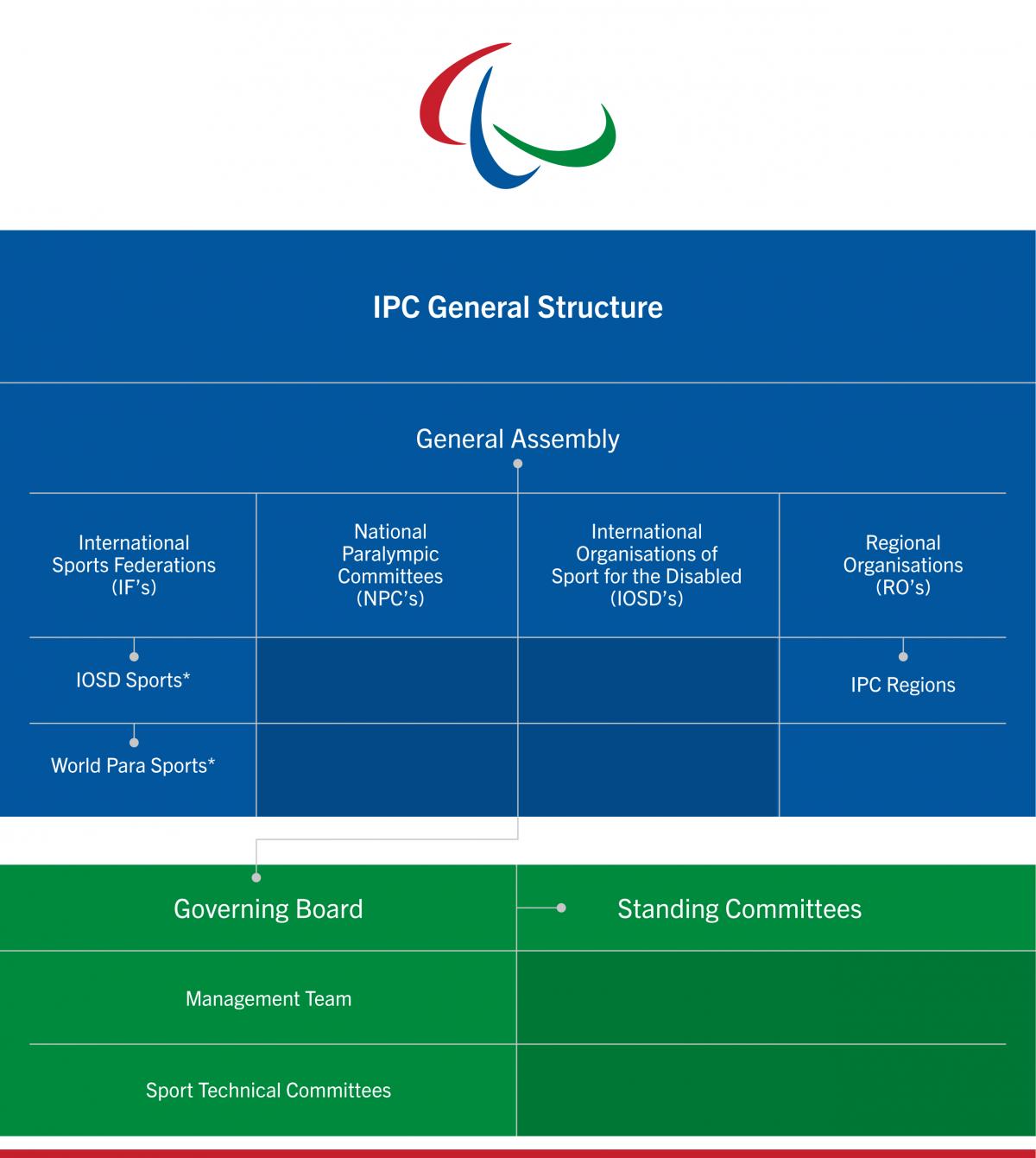 Regional Organisations are independent of the IPC and are recognised as the sole representatives of IPC members within a specific part of the world.

They act as liaisons of the IPC, organise regional sporting events, coordinating development activities and providing support to the IPC membership department in the respective regions. They also have the right to participate in IPC activities.

The General Assembly is the supreme governing body of IPC. It meets once every two years and is composed of:

International Organisations of Sport for the Disabled (IOSDs)

The Assembly of IPC Members is the supreme authority of the IPC and is responsible for defining the vision and general direction of the IPC. It shall also: