The 2014 IPC Shooting World Championships will take place in Suhl, Germany, and will see around 250 athletes from approximately 45 countries competing on their road to Rio 2016.

The DBS also works together with its partners to establish para-sport in Germany.

The SSZ has a long history of shooting sport. The venue covers approximately 29 hectares and is separated into two areas (sport and hunting).

Located in a valley in the south of the Thuringian Forest lies the town of Suhl, famed for its’ shooting heritage. Known as the ‘city of peace’ because of it’s military industry, the town is also an important industrial settlement for the Thuringian region and is a centre of weapons manufacturing.

After it became a district capital in 1952, the town was rebuilt and grew from just 25,000 residents to over 56,000 in a very short time. Manufacturers such as Simson moved in and bought more residents to the town.

Today, Suhl is a centre for winter sports with enthusiasts flocking to the town to take advantage of the setting. Visitors can also enjoy the weapons museum, Congress Centrum and National Firing Proof House. 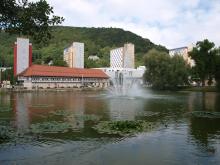 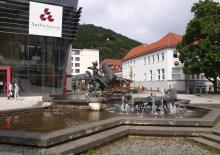 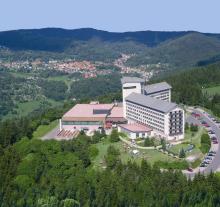