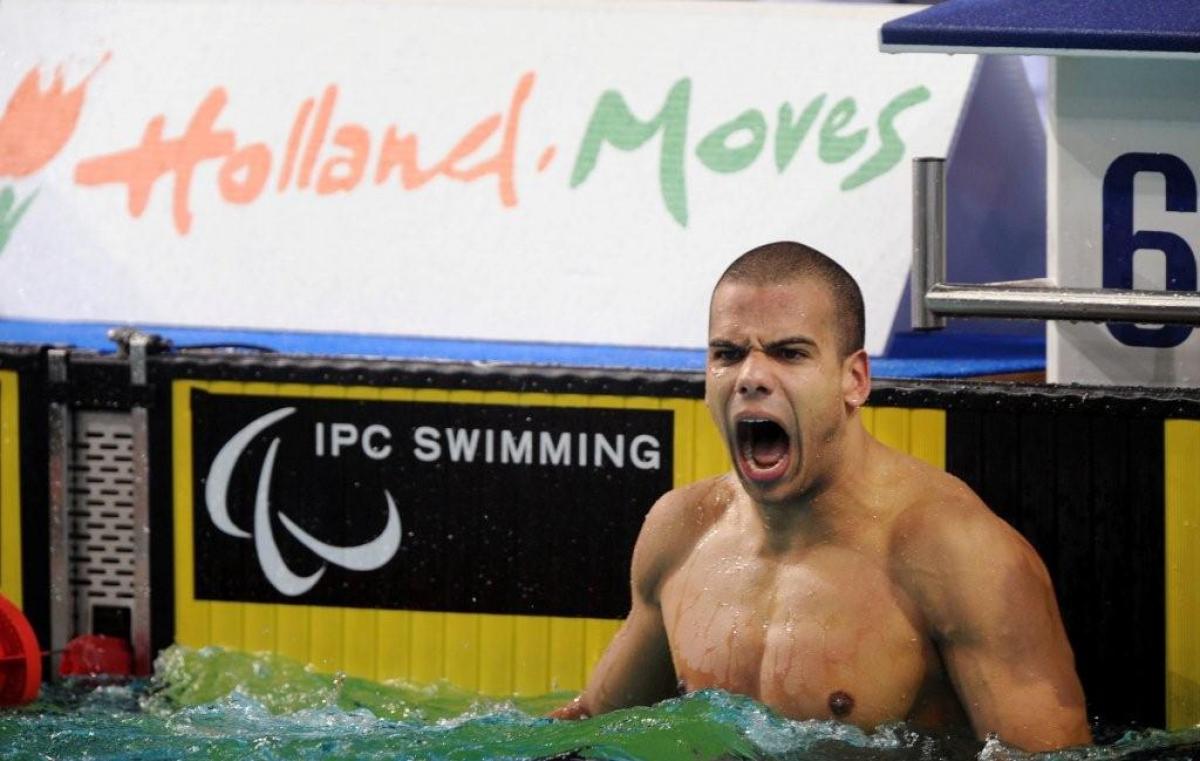 With a total of 649 athletes from 53 countries competing in 181 medal events, the 2010 IPC Swimming World Championships were the biggest ever. During the six days of competition inside the Pieter van den Hoogenband stadium, more than 6,500 spectators came to watch outstanding performances by hard-trained swimmers.

Some athletes saw their expectations not only met, but completely surpassed. South Africa’s Natalie DuToit (S9) dominated the women’s S1-S10 race in the Open Water event at E3 Beach in Eersel, the Netherlands. DuToit finished at 1:00:22.00, more than six minutes ahead of Elodie Lorandie (FRA) and Sanja Milojevic (CRO). In the Women’s S11-S13 race, Taigan van Rosmalen (NED) was the only competitor and finished in a time of 1:17:35.51.

Although feeling a little under the weather, Paralympian DuToit took the top position in many events. On 20 August in front of a record crowd of 1,150 for example, DuToit beat Great Britain's Stephanie Millward in the Women's 100m Backstroke event. World record holder Stephanie Dixon (CAN) won the bronze medal.

Winning a total of six gold medals, one silver and one bronze, DuToit said that the competition in Eindhoven was fierce.

“The athletes here have trained very hard, and I think it is clear by their performances,” she said. “It has been fantastic to be part of this incredible event.”

Athletes who came to Eindhoven saw the competition as a chance to utilize their months of training and be strong competitors in the water.

Lithuania’s Kestutis Skucas (S4) competed in the 50m Backstroke, Butterfly and Breaststroke at the World Championships, with the goal of improving his time.

“This is my third time competing at the World Championships after South Africa and Argentina, and I want to finish better than I did in the previous races, especially in the Breaststroke,” Skucas said.

The World Championships also had Olympic athlete Pieter van den Hoogenband (NED) visiting the competition and presenting medals to the winning athletes. Van den Hoogenband said that he was impressed by the athletes’ strong performances.

"I saw some great races and great swimming," van den Hoogenband said. "I am very proud that the Championships are here and that we have a lot of great athletes here who are having fun. But also the level of the swimmers is amazing."

Start of a race at the 2010 IPC Swimming World Championships