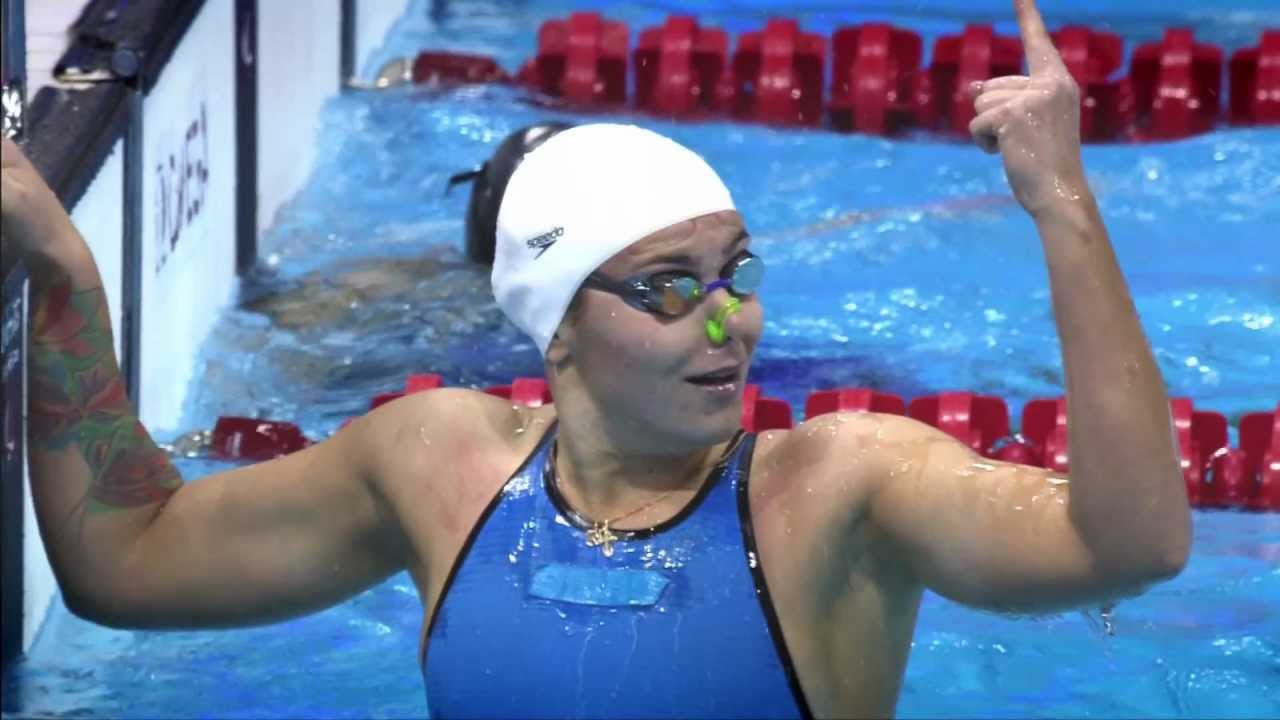 The Aquatics Centre was one of the loudest venues at the London 2012 Paralympic Games, as 148 world and 97 Paralympic records were broken in front of sold-out crowds during 10 days of swimming competition.

There were 344 men and 260 women who competed across the 148 medal events, and athletes with an intellectual impairment took part for the first time since the Sydney 2000 Games.

Seventy-four countries competed in the swimming competition with 35 winning at least one medal.

As a team, China won 24 gold, 13 silver and 21 bronze medals to finish atop the swimming standings, ahead of Australia and Ukraine.

But on the individual side, two Australians dominated as Matt Cowdrey and Jacqueline Freney won 16 medals between them.

Freney, an S7 swimmer with cerebral palsy, was the most decorated athlete at London 2012 with eight gold medals, a feat nobody expected from the 20-year-old in her second Paralympic Games.

“One gold would have been more than sufficient, but I am over the moon with the eight I won,” she said.

“I have been training really hard for about eight years now, so I really feel that is just been my determination and passion for the sport over that time that has got me through to these gold medals.”

Cowdrey, meanwhile, became the most successful Australian Paralympian in history at the Games after picking up five golds, two silvers and a bronze. The 23-year-old now has 23 Paralympic medals to his name – 13 of them gold.

"It's just special, there's no other word to describe it,” Cowdrey said.

Brazil, host nation of the 2016 Games, had a very successful couple of weeks at the Aquatics Centre as well, with Daniel Dias claiming six golds and Andre Brasil finishing with three golds and two silvers.

Belarus’ swimming prodigy, Ihar Boki, 18, showed why he is rapidly developing into one of the sport’s biggest stars for years to come by winning five golds and a silver and smashing five world records in the process.

USA’s Jessica Long added to the four gold medals she won at Beijing 2008 with another five titles in the pool in London, and Russia’s Oxana Savchenko won five golds in five events in the S12 class.

Nobody will forget how British poster girl Ellie Simmonds electrified her home crowds, as the 17-year-old captured not only two golds, a silver and a bronze, but also the hearts of a nation, challenging the British public’s perception of people with an impairment.

"The crowd going mental definitely pushes you on and gives you that home advantage that you need,” Simmonds said.

For China, teenage stars Yang Yang and Qing Xu both went four-for-four in their events, while for Ukraine 18-year-old Yevheniy Bohodayko notched two golds and two silvers and veteran Maksym Veraksa did not disappoint, picking up three golds and a silver.

American Bradley Snyder’s story was a heartfelt one in London, as the US Navy hero won gold in the pool exactly one year to the day after losing his eyesight in a tragic accident in Afghanistan.

“I am not buried in Arlington. I am here in London competing, so I get lots of motivation from that,” Snyder said.

The average age of the top 10 swimming medallists at the Games was just 20 1/2, so with the large amount of success the young athletes and Paralympic newcomers had in the pool in London, swimming will without a doubt be a Paralympic sport to keep tabs on in the next four years as Rio 2016 approaches.