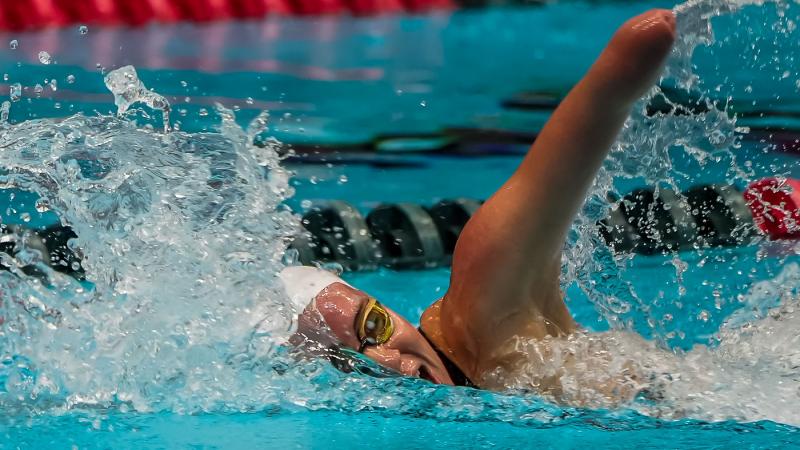 “The 2020 World Series will be the first to take place in a Paralympic Games year, offering swimmers from all over the world the chance to plan next season in advance and to compete in high-level events in preparation for Tokyo 2020," said Tracy Glassford, World Para Swimming Senior Manager.

"It will also give Para swimming fans the opportunity to start following the amazing athletes they will watch competing at the Paralympics."

“The next season will also be the first in which the series return to the same countries that hosted them in the previous season. The World Series is now well established as a platform for new swimmers to come onto the international scene at the same time that it offers the world’s best athletes a more consistent competition calendar. We take this opportunity to thank all Local Organising Committees and share with them the success of the competition,” Glassford added.

More information can be found on the World Para Swimming website.

After each event, the World Series rankings will be updated on World Para Swimming's website.

Lignano Sabbiadoro, Italy 27 February -1 March 2020 (CANCELLED)
The Italian city returns as a World Series host for the thrid season in a row. The picturesque venue by the sea features not one, but two swimming pools, where more than 260 swimmers from 31 countries competed in the inaugural 2018 edition.

Sao Paulo, Brazil 25 -28 March 2020 (CANCELLED)
The National Paralympic Training Centre will be playing host to this competition.  Together with Indianapolis, USA, and Berlin, Germany, Sao Paulo is one of the three cities which has been part of the World Series since the first edition in 2017.

Sheffield, Great Britain 9-12 April 2020 (CANCELLED)
Great Britain will also host the Series for the fourth consecutive year in different cities as this time round the competition returns to Sheffield.

Indianapolis, USA 16-18 April 2020 (POSTPONED until further notice)
Indianapolis will host a World Series event for the fourth successive year when the competition returns there in April.

Singapore, 1-3 May 2020 (CANCELLED)
Singapore World Para Swimming World Series which made it's debut last year would be looking to build on the success of 2019.

Berlin, Germany 18-21 June 2020
The season finale World Series event will again take place in Berlin for the fourth year in a row.