Sumi is described as a guardian spirit and is, as such, a chimera. Designed by Meomi Design the Paralympic Mascot for Vancouver 2010 was modelled after an orca whale, the arms are actually the wings of the thunderbird and its legs are that of a black bear. The character reflects First Nation imagery, and its name is based on “Sumesh”, the Salish word for “guardian spirit”. Combining influences drawn from many different sources, Sumi is said to be representative of the diverse backgrounds not only of Canadians, but also of the athletes coming to Vancouver to compete at the Games. 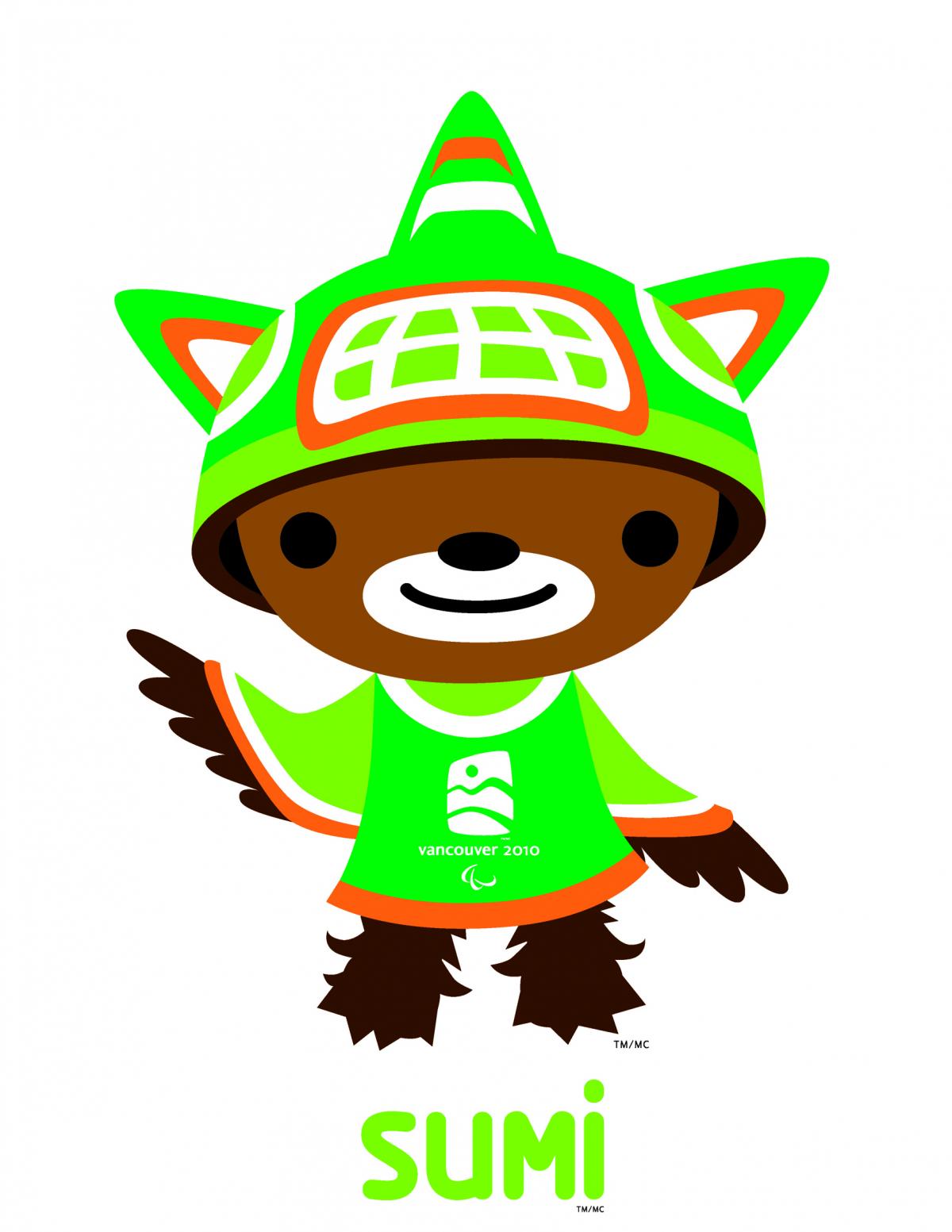 Sumi the chimera is the mascot of the Vancouver 2010 Paralympic Winter Games.
ⒸIPC