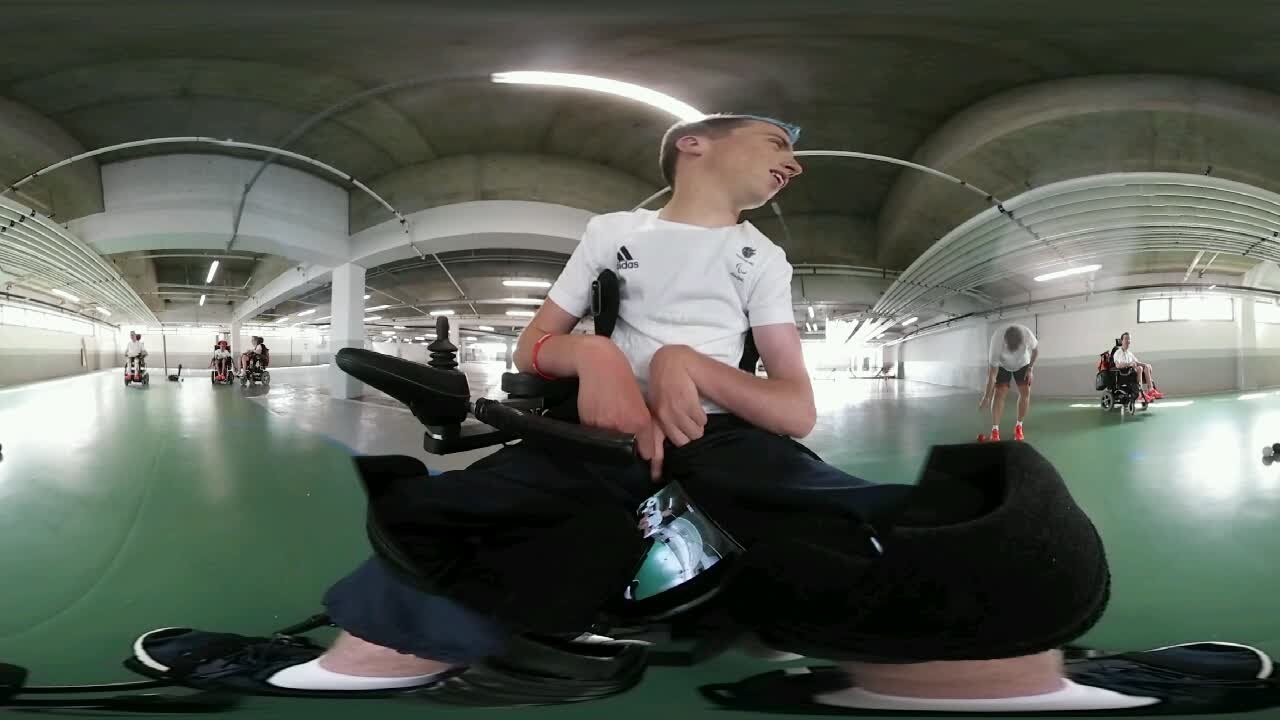 Josh demonstrating the LOB shot. Where the ball is thrown up and pitched to land on the target. Usually at another ball.