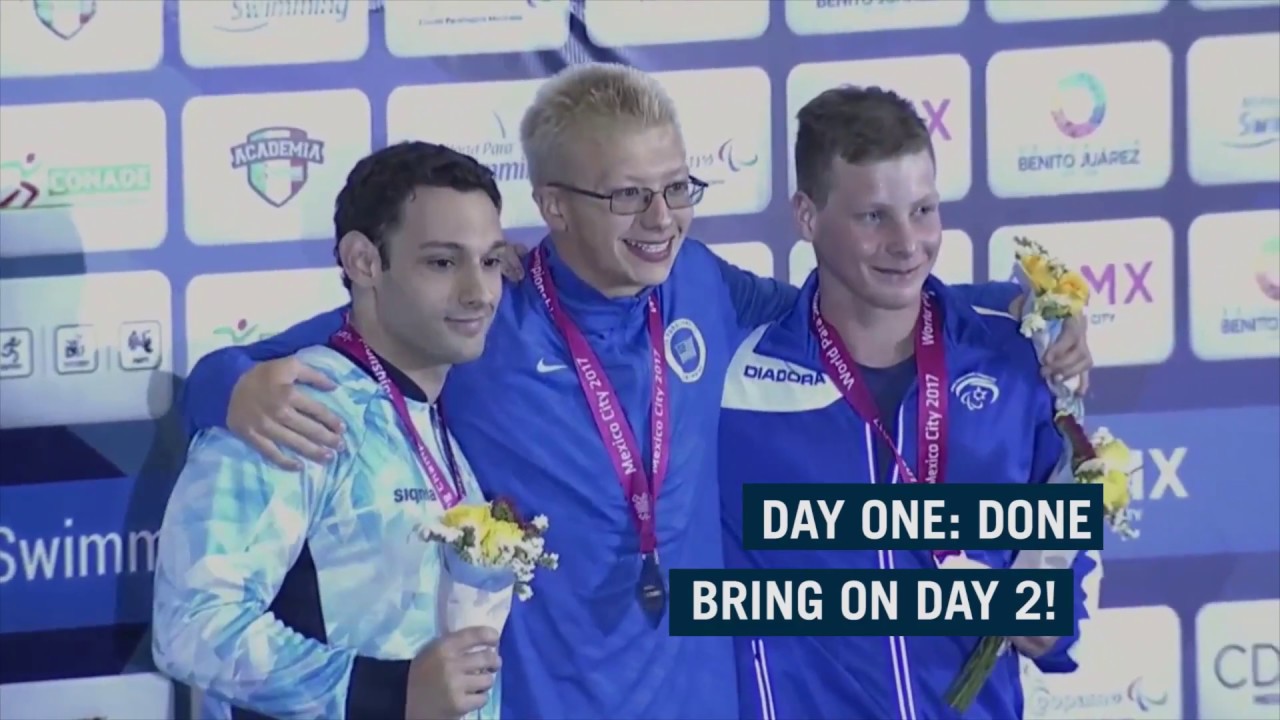 Daniel Dias claimed a glittering 25th World title on the first day (2 December) of competition at the World Para Swimming Championships in Mexico City, as Brazil enjoyed success in the pool by claiming four golds to top the early medals table.

Seven-time Paralympic champion Andre Brasil delivered another stand out performance on Saturday as he claimed his 16th World title. The 33-year-old was the fastest in the men's 100m backstroke S10 with a time of 1:01.57. He was followed by Estonia's Kardo Ploomipuu (1:03.55) and USA's Tye Dutcher (1:03.81).

But Brasil (24.14) missed the chance to win his second individual gold on the first day as he lost to compatriot Phelipe Rodrigues (23.96) in the men's 50m freestyle S10. It was Rodrigues' first World title after winning five silvers and three bronzes. Spaniard David Levecq (25.65) ended third.

Ihar Boki led the European charge on day one, and he was another who did not disappoint. The Belarussian won his 16th World title in the men's 100m backstroke S13 with a time of 57.45. Finland's Antti Antero Latikka (1:04.51) and Greece's Gerasimos Lignos (1:09.57) took silver and bronze, respectively.

More information on the World Para Swimming Championships, including live coverage, comprehensive results and athlete profiles can be found on the Mexico City 2017’s website.