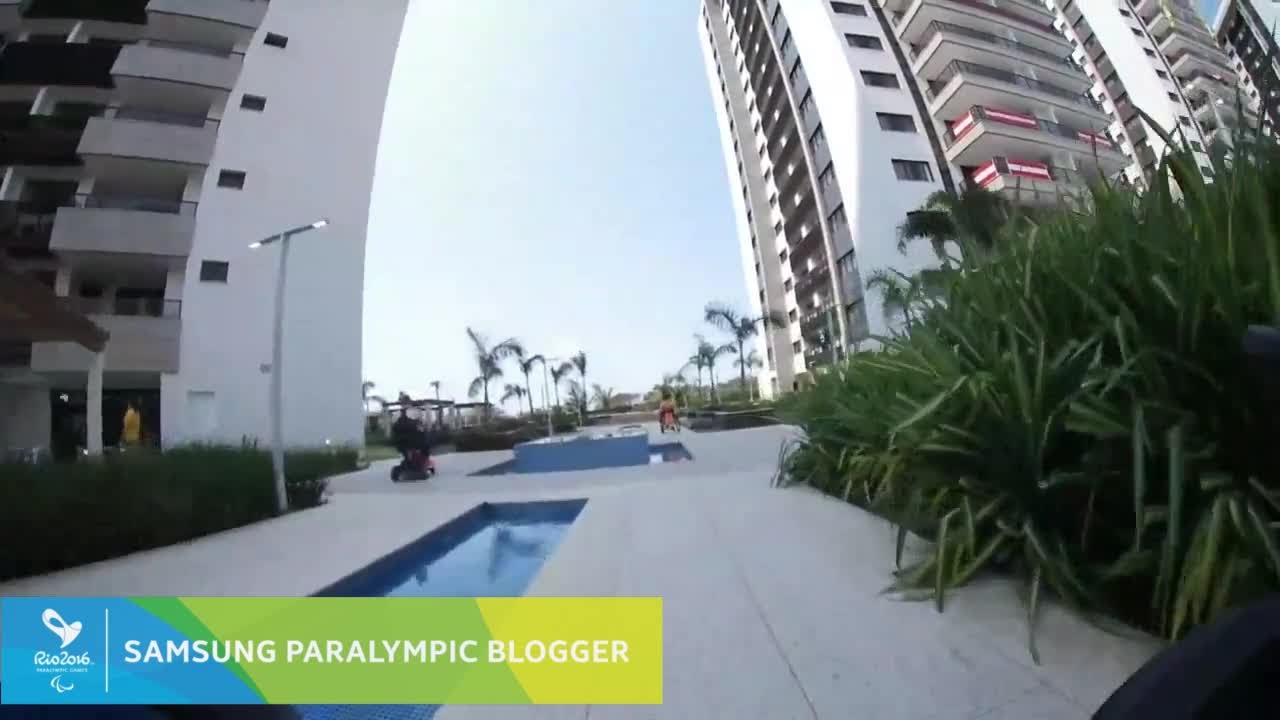 Going around the village at full speed