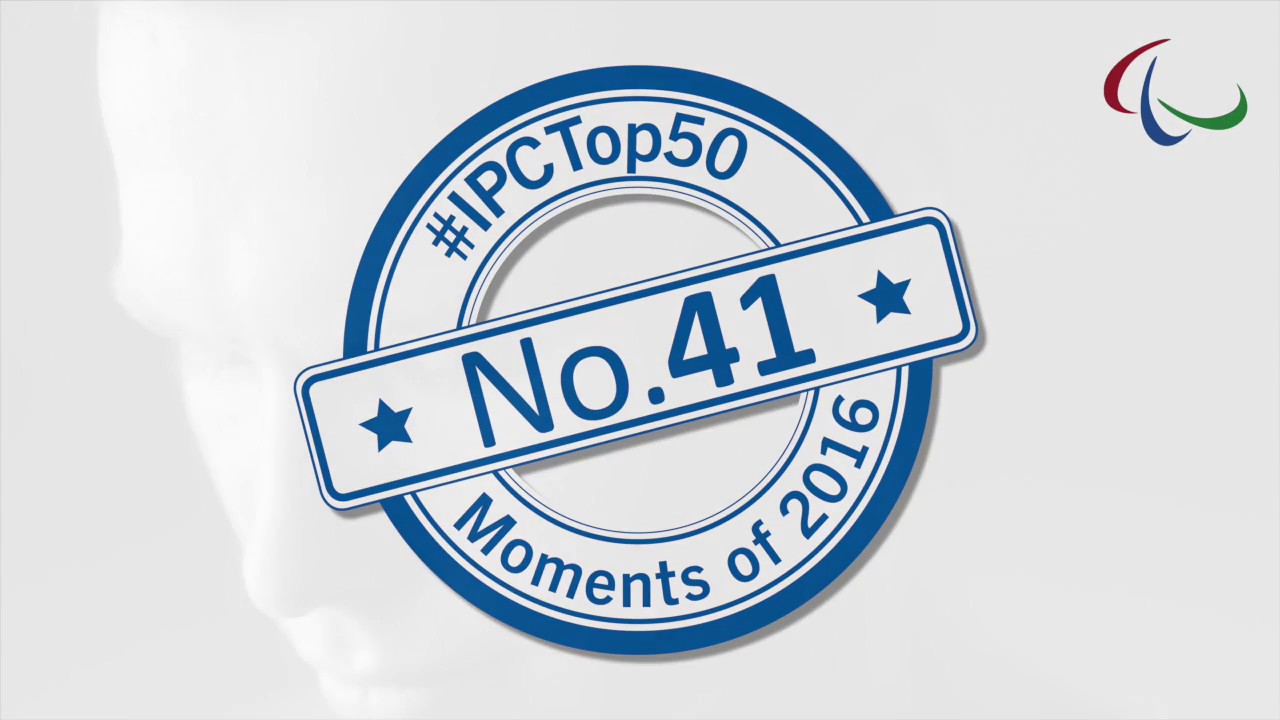 In the lead up to Rio 2016, Allianz and BP – both International Paralympic Committee (IPC) International Partners – published video campaigns featuring top Para athletes and further demonstrated their support for the Paralympic Movement. This enters as No. 41 on the IPC’s Top 50 Moments of 2016. Major insurance and financial services provider Allianz published their “The world belongs to those who dare” videos in June 2016 featuring: Markus Rehm (Germany, athletics), Vanessa Low (Germany, athletics), Marcel Hug (Switzerland, athletics), Manuela Schär (Switzerland, athletics) Ellen Keane (Ireland, swimming), Deirdre Mongan (Ireland, athletics), Rheed McCracken (Australia, athletics), Branimir Budetic (Croatia, athletics) and Silvio Velo (Argentina, football 5-a-side). BP’s campaign “Energy within” consisted of seven videos which five featured Para athletes. These videos showed the stories of David Behre (Germany, athletics), Marlou van Rhijn (Netherlands, athletics), Richard Whitehead (Great Britain, athletics), Shanntol Innce (Trinidad and Tobago, swimming) and Ilham Zakiyev (Azerbaijan, judo). Olympians Jessica Ennis Hill and Lizzie Armistad were also part of the campaign. Both campaigns were hugely successful on social media, with a reach of more than 42 million via the IPC’s Facebook page and 4.5 million via the IPC’s Twitter account @Paralympics. They were also a sign of the continuous support for the IPC and the Paralympic Movement by both International Partners. Extending partnerships This continuous support was furthermore underlined during the Rio 2016 Paralympics, when both companies announced they would be renewing their partnership agreements with the IPC. Allianz and IPC signed a letter of intent to continue supporting the Paralympic Movement through another four years during their media reception held during the Rio 2016 Paralympic Games. Sir Philip Craven, IPC President, said: “Allianz has been a hugely proactive and loyal partner who has been with the IPC for over 10 years now. “I truly believe our partnership is making a difference to this world and I am excited that we have signed a letter of intent to extend our partnership for a further four years. “Together we can continue to make a difference, and together we can make for a more inclusive society for all.” Just one day prior, IPC and BP announced they would renew their partnership for another four years, running through to the end of 2020. Sir Philip said: “Since BP joined the IPC as international partner in 2013 we have enjoyed an outstanding relationship which has extended to National Paralympic Committees and Para athletes. “Not only do we share a similar value in courage but BP, through its ‘Energy Within’ campaign, summed up perfectly what it is that makes Paralympians do superhuman things that redefine the boundaries of possibility. A third partnership agreement was extended with Worldwide Paralympic Partner Ottobock. An international partner since 2005 and the longest serving partner to the Paralympic Games, Ottobock has provided technical services for equipment used by Paralympians since the Seoul 1988 Paralympic Games, where the company’s ‘Passion for Paralympics’ was born. “Through its ‘Quality for Life’ philosophy, Ottobock shares the IPC’s desire to make for a more inclusive society for all. This is why they are such a good partner for the IPC, and I am delighted that Ottobock has agreed to extend their Worldwide Partnership with the IPC for a further four years to beyond the Tokyo 2020 Paralympic Games,” Sir Philip said. To find out more about the IPC’s Top 50 Moments of 2016, visit the dedicated page on the IPC’s website: https://www.paralympic.org/top-50-moments-2016