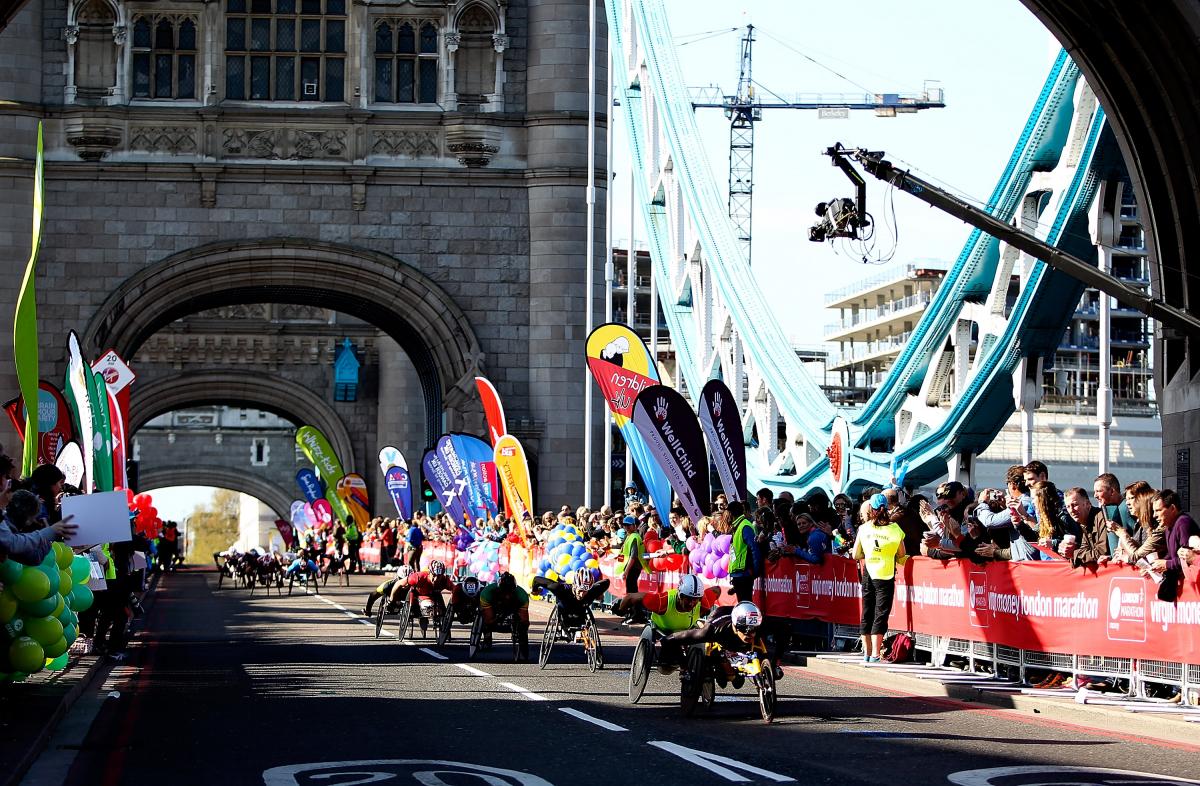 IPC Athletics will host the 2015 IPC Athletics Marathon World Championships in association with the Virgin Money London Marathon on the 26 April 2015 in London, Great Britain.

The events of the 2015 IPC Athletics Marathon World Championships will be listed at the end of this page.

To be eligible for entry, an athlete must:

• hold an active IPC Athletics License for the 2015 season;

• have been allocated a Direct Invitation

NPCs may enter a maximum of two (2) Guide-runners per athlete for athletes in Sports Classes T11-12. All Guide-runners must hold an active IPC Athletics License for the 2015 season.

NPCs may enter a maximum of six (6) eligible athletes in each marathon event provided each athlete has achieved MQS performance in that event.

IPC Athletics reserves the right to directly invite athletes under the following criteria:

• to enable the greater representation by nation or region;

• to ensure medal events will have sufficient representation for viability;

• to enable greater representation by gender;

• to ensure the representation of athletes with a severe disability;

• to ensure top athletes that may have not had the opportunity to formally qualify due to extraordinary circumstances.

To be considered for a direct invite slot, an athlete must hold an IPC Athletics Athlete License for the 2015 season.

A minimum of five (5) athlete entries from three (3) NPCs is necessary to sustain a World Championships Status.

IPC Athletics shall review the event viability following the close of the final entry on 09 February 2015. In the case an event did not meet the above viability criteria by the final entry based on the Classification Hierarchy Table (Rule 9), IPC Athletics reserve the right to combine such event with other event(s) where appropriate and applicable. IPC Athletics also reserve the right to cancel such events or run them as non-medal events.

In the case the entry number of an event dropped below the aforementioned event viability criteria due to withdrawals after 09 February 2015, the event shall still be run as a Medal Event and the medals will be allocated under the ‘minus one’ rule.

1 January 2014: Start of the qualification period for athletes to achieve MQS performances.

1 February 2015: Deadline for NPCs to request in writing for a Direct Invitation slot or additional athlete entries to IPC Athletics.

9 February 2015: End of the period for athletes to achieve MQS performances to be eligible to compete.

9 February 2015: Deadline for IPC Athletics to receive Final Entry by Name from NPCs and the team delegation size via the online entry system.

Start lists are available at the Virgin Marathon Website.

Classification will take place on the 25 April 2015. All athletes with a new or review classification status (except those with a fixed review date later than 2015) will be required to undergo classification.

The competition fee for the 2015 IPC Athletics Marathon World Championships will be €100 per delegation member including but not limited to athletes, coaches, team medical staff, team officials, guide-runners etc.

• An Athlete loses all his entered event(s) due to cancellation of the non-viable event(s).

The competition fee will not cover accommodation and breakfast. Your NPC must contact the Local Organizing Committee (LOC)/accommodation partner for the Championships to arrange our team accommodation in London. More details shall be made available soon.

Ground transport will be provided for accredited personnel from Heathrow Airport to the Official Championships Hotel and between Championships venues.

Each NPC may accredit a limited number of Team Officials staying in the official hotel, according to the following matrix:

Additional officials must be approved by IPC Athletics and accommodation will be subject to availability.

IPC Athletics reserve the right to amend the content of this document at its own discretion.

The 2015 IPC Athletics Marathon World Championships shall consist of the following events: 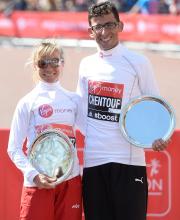