The cow Fu Niu Lele was chosen to be the mascot of the Beijing 2008 Paralympic Games only after the original 87 designs for a mascot were all rejected for various reasons.

Wu GuanYing came up with the cow because, as he grew up on a farm, it was his understanding that cows were gentle creatures that formed bonds with the humans taking care of them. 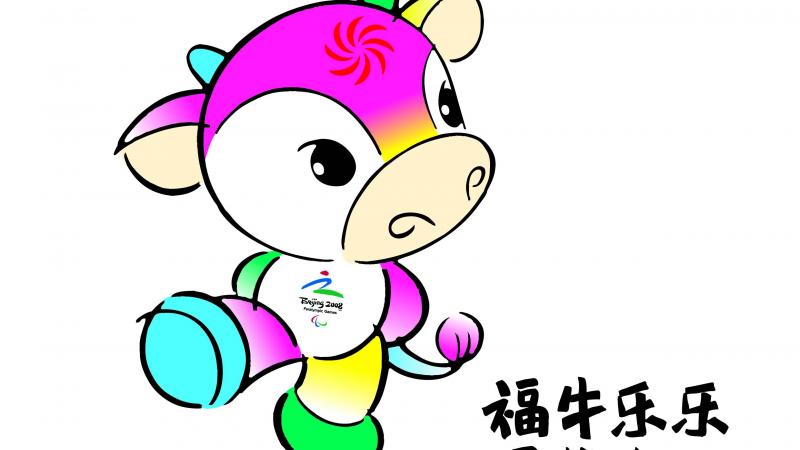