The medals produced for the Beijing 2008 Paralympic Games featured the logo of the Games above the IPC’s emblem on a circular medallion made from precious metal. A ring of jade separated the central medallion from the rim.

On the reverse, “Beijing 2008 Paralympic Games” is written in both Chinese and English. In the centre, the IPC’s logo can be seen above the word “Beijing 2008” in braille, with the discipline in which the medal was won written beneath it.

For more information, read this article about the unveiling of the Beijing 20018 Paralympic medals. 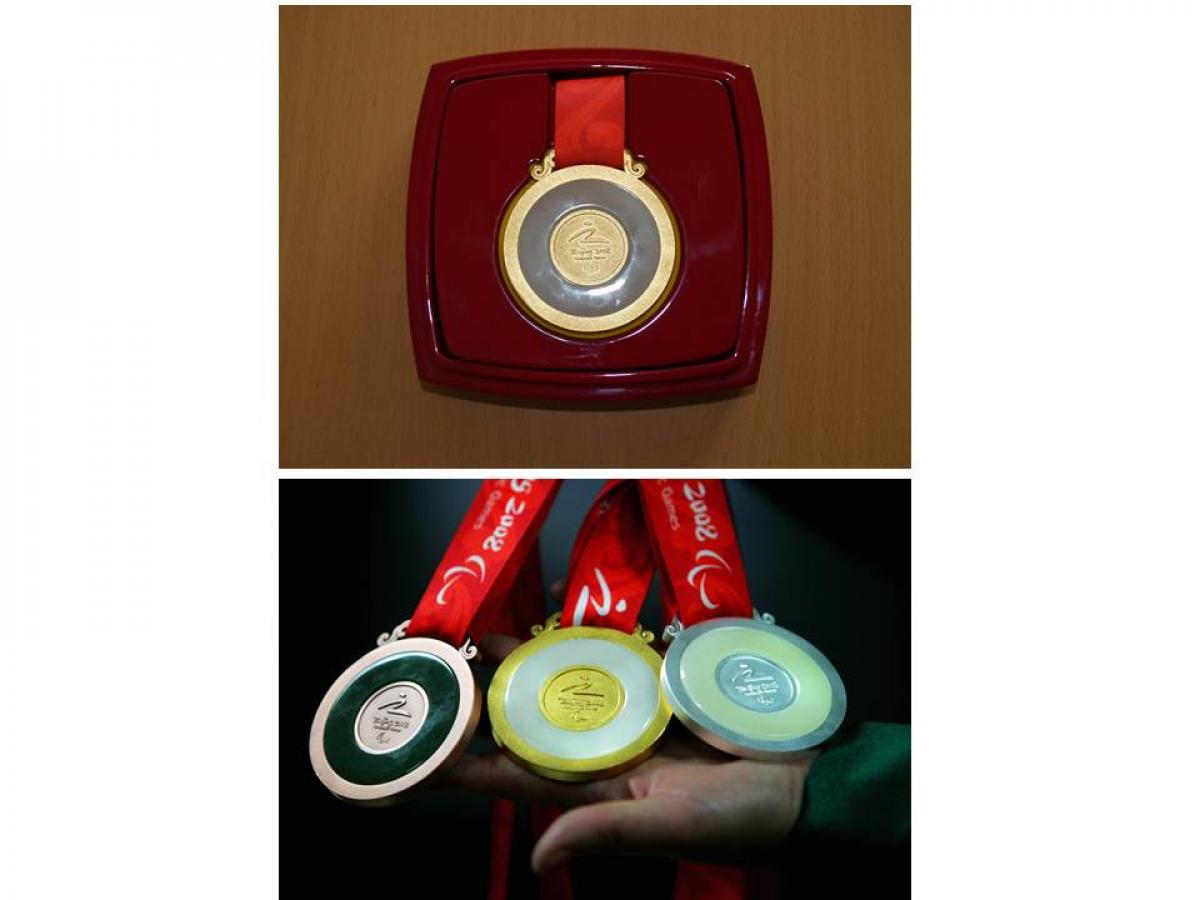