Scott Reardon: How I got into Paralympic sport

Australian silver-medal winning sprinter Scott Reardon writes about how he started training for the Paralympics and how the future is bright. 05 Mar 2013 By Scott Reardon

Click here to view footage of Scott Reardon trying out his running leg for the first time.

The temptation of Paralympic sport had long been concealed in the back of my mind; there was always an intention to someday be a part of the Paralympic Movement.

With school and a career in water skiing, the time was never right to give the idea serious consideration.

During 2008, the temptation began to grow. I returned to the track for the first time since my accident, which bought back memories of my days racing through school.

The moment when I could no longer resist the temptation was during the Beijing Paralympic Games. This was the catalyst, and for the first time I knew I had to pursue a new challenge.

In December 2008, steps were taken to begin my running career. I met world renowned coach Iryna Dvoskina, who organised to get a running leg fitted so I could find out whether running was actually a possibility.

From day one, I loved it, and more importantly Iryna saw a potential athlete in me.

I was given the opportunity to move to Canberra, to immediately start full-time with her.

However, with some unfinished business in the water skiing arena that I had to attend to, I decided to defer this opportunity until September 2009.

I clearly understood that what I was about to attempt was going to be difficult. To have Paralympic success in three short years, in what is one of most competitive classes in athletics was a frightening task.

All the pieces had rapidly come together. I had a running leg, a great coach and a squad full of successful and experienced athletes to offer me advice when needed.

With the support from the Australian Institute of Sport, I was able to treat my training like a professional athlete. This support erased any excuses that I may have had, as the team behind me and the environment were perfect to produce results.

With most new athletes, there are rapid improvements as they begin to train.

I was no different.

After five months of full-time training, I ran a 13.07 over 100m, a time that would have medalled in Beijing 18 months earlier.

Although I was progressing in training, it took me two additional seasons too better this time.

When I did breakthrough, it seemed that the past seasons of work had come together and the times began to drop. Over the following six months (October 2011 – April 2012), I was able to sort a few issues that I had with racing and put some great races together, which I had failed to do in the past.

At the completion of the season, my times of 12.72 and 26.38 better reflected my progress, and filled me with the confidence that I could go faster in both events in London.

Before I knew it, three years had disappeared and I was walking into the Olympic Stadium in London with no doubts that I was ready.

With preparations going according to plan, I was ready to race, and well, the rest is history.

I walked away from London a happy and relieved person, with the all the motivation needed to take me to the next level, the top step of the podium.

My introduction to Paralympic sport and rise up the international rankings has been rapid.

We have transformed my body and mind from a world champion water skier to a Paralympic silver medallist in three short years.

This was made possible because of two main things. Firstly, the desire to run fast, and secondly, the trust I have in my coach knowing that she was going to be able to get me to run fast.

It excites me knowing that looking back I can see how rushed my preparations had been for London.

However, with that experience under my belt, the process for preparing for the next Paralympics will be first class.

I can’t wait to run faster. 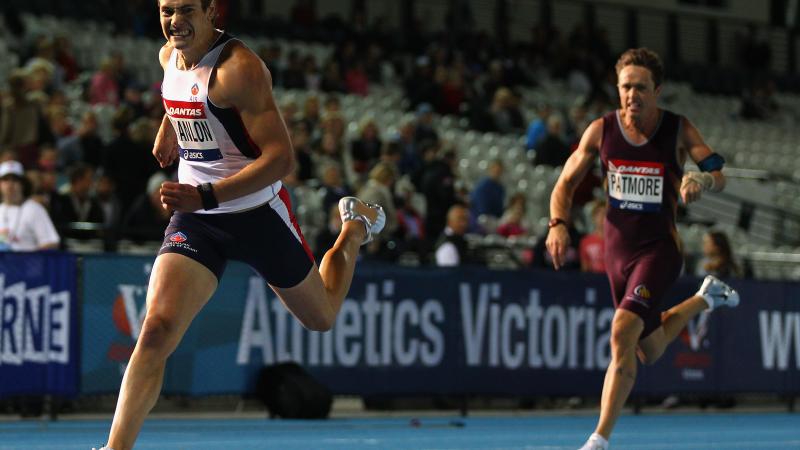 Athletics
Evan O’Hanlon: Why Athletics is the Best Sport