'So, we explained that in a way it was the Olympics for Paraplegia. Then one reporter responded 'Well, then we can simplify it to Paralympic’. The word somehow became popular not only with reporters but with us as well, and it became an official nickname.' 08 Nov 2020
Imagen On 8 November, 56 years ago, Tokyo hosted their first-ever Paralympic Games. As the city gears up for yet another repeat of the sporting extravaganza in 2021, let’s go down time and celebrate those historic moments on yesteryears.

The 1964 Paralympic Games were held over just five days between 8-12 November, precisely two weeks after the curtains had come down on a successful Olympics.

This was the second-ever Paralympic Games after Rome 1960 and was officially called the 13th International Stoke Mandeville Games. However, it was here the name 'Paralympic' was coined; albeit only as a nickname by the organising committee.

Tokyo 1964 created history, not only for being the first Paralympic Games in Asia but also for the lasting legacy it left. The Games helped promote the development of sports for people with impairments to citizens across Japan — a truly pioneering milestone in Paralympic history.

Marching to the ‘Sukiyaki’ song

At 10 am a drumming sound could be heard, before an elementary and junior high school marching band of around 100 students in yellow uniform entered, followed by the marching band of Japan's defence force (JGSDF). They were joined by 378 participating athletes from 21 countries who gathered at Oda Field in central Tokyo.

When the 53 Japanese athletes in maroon-coloured training shirts entered last, the music changed to a melody of the famous ‘Sukiyaki song’ which had been globally popular at the time, even hitting No. 1 on the Billboard Hot 100 Chart in 1963.

The Paralympic oath was sworn by Japanese wheelchair fencer Shigeo Aono, with 500 doves released to celebrate the Games.

More than 4,000 spectators gathered under the bright blue sky, including His Imperial Highness Prince Akihito and Princess Michiko, who went on to become Emperor Emeritus and Empress Emerita of Japan. Also, in attendance was Sir Ludwig Guttmann, the father of the Paralympic movement.

The Games were well received with reports that 100,000 attended events, while the International Paralympic Committee (IPC) announced that local media coverage exceeded the expectations of the Organising Committee, with 700 reporters from across the country converging on the Japanese capital. 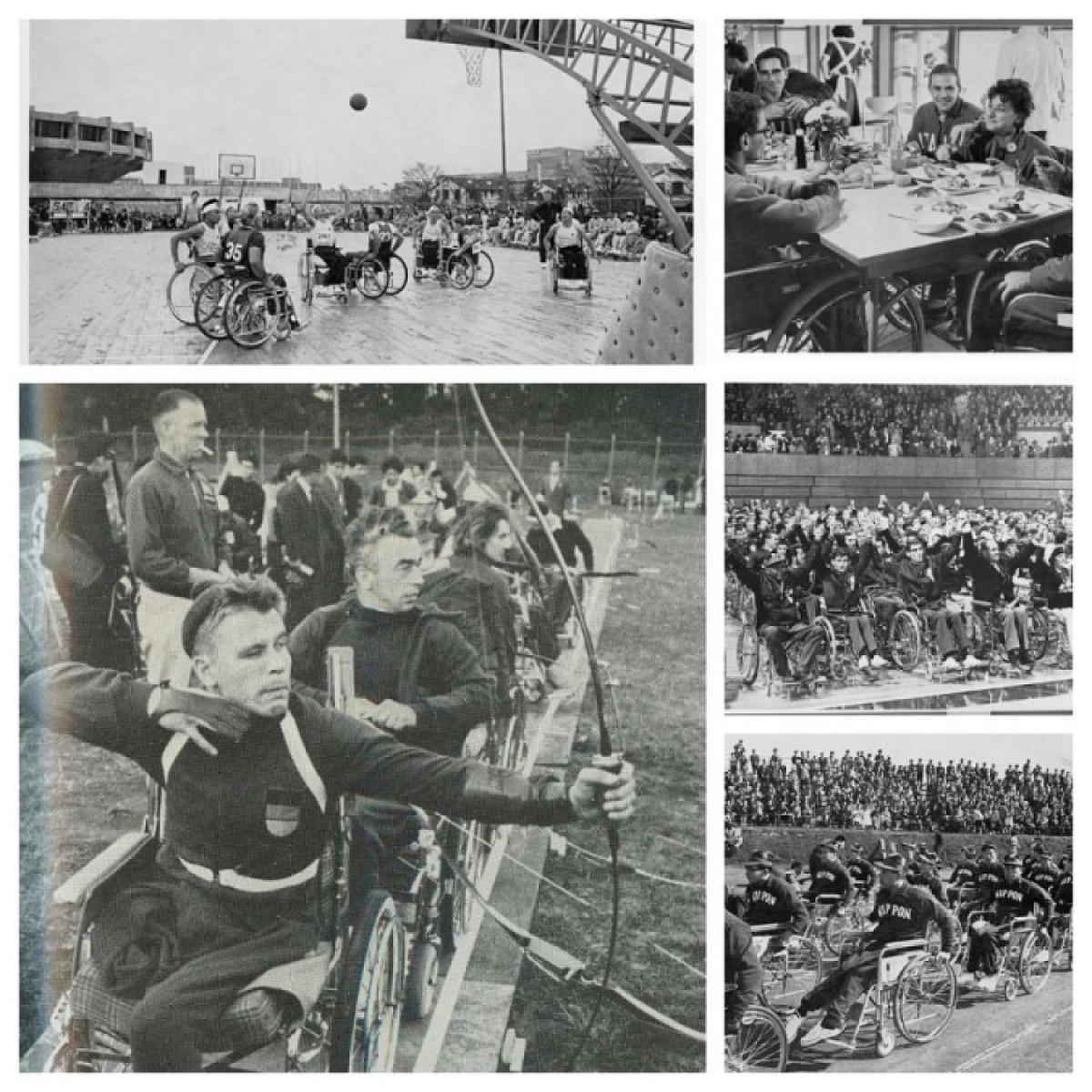 Japanese athletes were impressed with the Games because of the difference between the perception of their impairments during the Games and within their daily lives.

One Japanese athlete confessed: “I had a sense of inferiority since I was injured five years ago, but I never felt it even an inch during the Paralympic Games and enjoyed the atmosphere very much.”

95-year-old Seiichiro Ite, a former member of the Health Ministry, who was involved in the organisation of Tokyo 1964

‘Paralympic’ as a nickname

It should be noted that there were some differences between the Paralympic Games of 1964 and now. As previously mentioned, the term ‘Paralympic’ was a nickname that had only been used in Japan.

“When we told some local reporters that we would host the next Stoke Mandeville Games, nobody knew what it was,” said 95-year-old Seiichiro Ite, a former member of the Health Ministry, who was involved in the organisation of Tokyo 1964.

“So, we explained that in a way it was the Olympics for Paraplegia. Then one reporter responded 'Well, then we can simplify it to Paralympic’. The word somehow became popular not only with reporters but with us as well, and it became an official nickname.”

Since 1964, the term has been widely recognised in Japan, but it wasn't until 1989 that ‘Paralympic’ became an official term after the establishment of the IPC. They derived the word from the Greek preposition ‘Para’ and the word ‘Olympic’, signifying that the Paralympics are the parallel Games to the Olympics, with the two movements existing side-by-side.

Participation was only limited to spinal injury patients until the mid-1970s, as the foundations of the Games was to assist in the rehabilitation of civilians and veterans at Stoke Mandeville Hospital in Great Britain. This changed ahead of Toronto 1976 when the first amputees and vision-impaired athletes were included.

Just like 1964, Tokyo 2020 is looking to leave another legacy on the Paralympic movement.

Around 4,300 athletes are expected to descend on Tokyo from 24 August to 5 September with the Games set to see Tokyo become the first ever city to host the Paralympics on two separate occasions.

Citizens of Japan took up the opportunity to be part of one of the biggest sporting events in the world with 390,000 people participating in the first Paralympic ticket lottery. This was three times more than the number of people who took part in the initial offering of tickets for the London 2012 Paralympic Games.