Italy’s Andrea Macri finished fourth in wheelchair fencing at the London 2012 Paralympics and is now heading to Sochi 2014 to compete in ice sledge hockey. 30 Oct 2013
Imagen 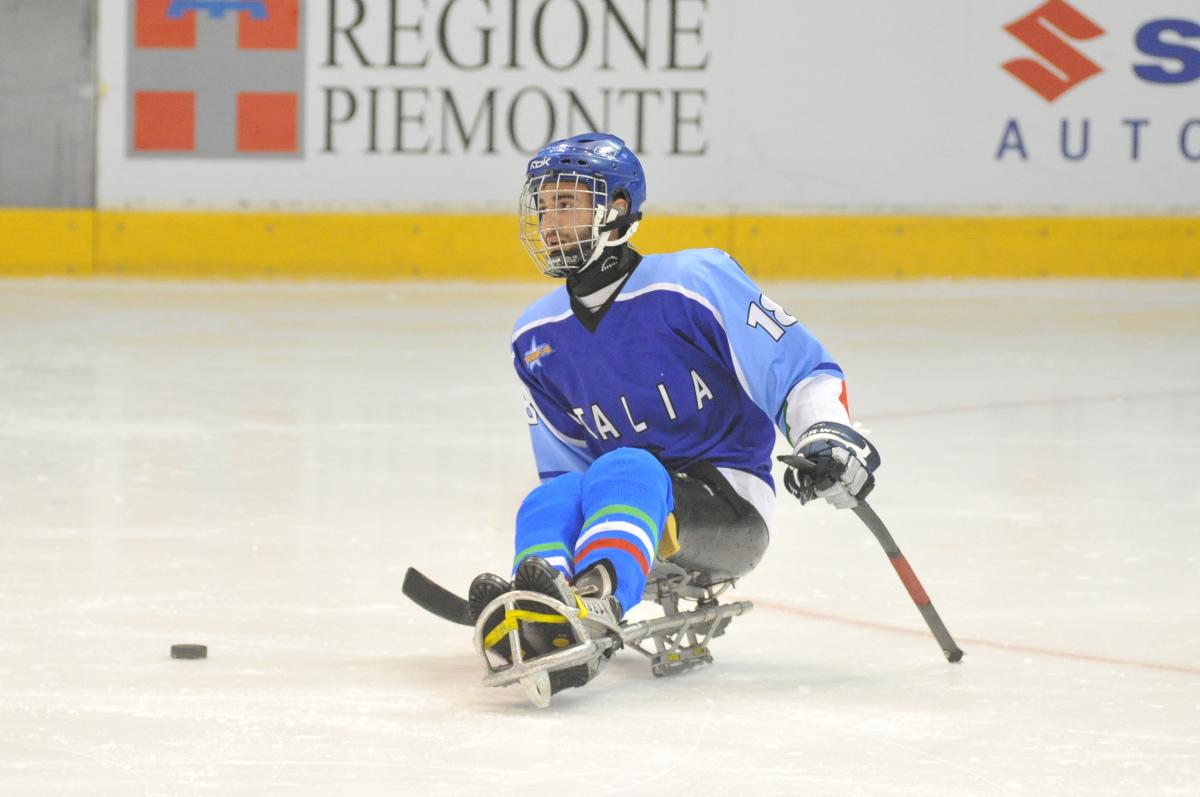 “Every time I achieve something in sport, my first thought is for my schoolmate Vito. It’s the only way I can remember him in the right manner.”

When the roof of Darwin High School collapsed on 22 November 2008, so did Andrea Macri’s world.

He lost his friend Vito Scafidi, but was lucky to escape as a paraplegic.

“In all this misfortune, I was lucky to survive and to be here to tell my story,” said the Italian ice sledge hockey forward.

“Every time I achieve something in sport, my first thought is for my schoolmate Vito. It’s the only way I can remember him in the right manner.”

Macri was not a particularly good athlete before his life change. He liked swimming but didn’t compete in any particular discipline.

But after the accident, sport became his reason to live.

He started to try many different sports, and in 2009 discovered ice sledge hockey and joined the Tori Seduti team in his hometown of Torino.

Two years later, he found himself a part of the Italian team that won the European title in Solleftea, Sweden.

And then just one year ago, he had his first Paralympic experience – in wheelchair fencing.

He qualified for the London 2012 Paralympic Games in wheelchair fencing and arrived just three touches away from a bronze medal, finishing fourth in the foil team event.

But that wasn’t enough for him, so he decided to chase the podium again – this time with his ice sledge hockey pals.

Last weekend he had the chance to qualify for his first Paralympic Winter Games at home at the IPC Ice Sledge Hockey Qualification Tournament in Torino, Italy.

He helped Italy’s ice sledge hockey team win silver at the tournament to qualify for their third consecutive Paralympics in the sport.

“It’s something fantastic,” Macri said. “I studied many other stories of Paralympic athletes, and isn’t very common to qualify for a summer and winter edition of the Games in such a little amount time.

“Just one year and one month has passed since London … The week after London Paralympics, I never took a break and my mind was already focused on the next goal – Sochi.

“I don’t know what to expect next. It’s a different world, different numbers, different place and climate, but I think I will feel many emotions as I did last summer. In London we were just five fencers, now I’ll be in a larger team and we are all friends.

“Maybe I can have a better Games, as I’ll be able to share a little of the pressure with all the others.”