Bonn 2019: What we learned from the Para dance Worlds 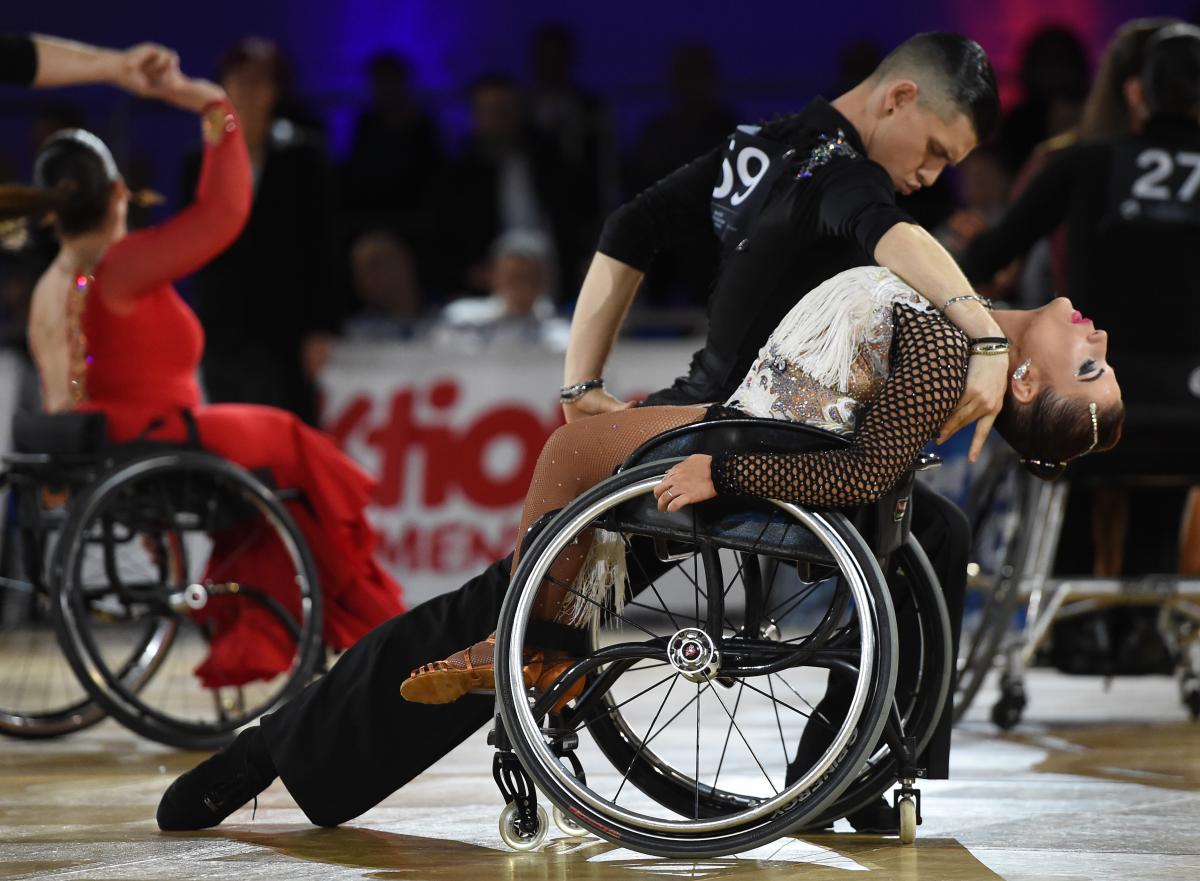 The dance floor has been dismantled and silence echoes at the venue where energy was vibing a month ago from the 2019 World Para Dance Sport Championships. What remains, however, are memories from those three days of competition that left many wanting more to come.

Held at the home of the Paralympic Movement in Bonn, Germany, the 2019 Worlds broke records, where the most athletes (225) from 26 countries danced off to 21 medal events.

Here is a look back at the major highlights from the World Championships held between 29 November – 1 December:

Let's take a look back on the World Championships! 👀

In total there were 225 athletes from 26 countries competing across 21 medal events.

Three days of dancing we will never forget! ❤️🎵 pic.twitter.com/ggQOcAMeAk

1. Dancing to tell a story

Of all the rounds of dances, the two many would vividly recall are the single freestyle performances of Ukraine’s Olena Chynka and Ivan Sivak. Both had a story to tell, and that is how they connected with the audience and, importantly, the judges.

Chynka, clad in a beautiful white flowing dress, performed a heartfelt piece to express how one “should live a life of who you want to be from the beginning to the end.”

Chynka dedicated her gold medal to her mother who passed away in early 2019. Though once dominant in the class 2 category, Chynka could not reach the top of the podium in four of her events. She won came away with one gold, which meant the world to her.

Olena Chynka of Ukraine with this beautiful dance.

Her compatriot Sivak danced to a different tune with his comic performance, playfully incorporating the functions of his wheelchair. His creativity and humour earned him gold in the men’s single freestyle 2, and helped Ukraine finish second in the medals table with 14 (four golds).

Ivan Sivak takes to the dancefloor in the men's freestyle competition.

This is one of our moments of the World Champs! 🎵⚡#ParaDanceSport pic.twitter.com/sOrN2uczMZ

2. Excitement for the next generation

The 2019 World Championships saw the first women’s junior single class 1+2 event, with many young talents expressing themselves on the dancefloor. One who clearly stood out was gold medallist Lairca Nicdao. The Filipina, who turned 18 in December, made her Worlds debut and amazed the judges and audience with her graceful movements and up-and-coming potential. In total, she competed across six events and can be expected to return with lots of anticipation for a third full season.

Mexico’s Haydee Guerrero, 18, and Russia’s Anastasiia Ponomareva, 16, finished with silver and bronze respectively, leading the next generation of Para dancers.

The biggest upsets were seen in the combi Latin 2; and combi standard 1 and 2 events. The Philippines’ Rhea Marquez and Julius Jun Obero were going for a triple Worlds crown in the Latin, but came in a surprise third place. Russia’s Svetlana Kukushkina and Maksim Sedakov overtook the event, while Poland’s silver medallists Nadine Kinczel and Piotr Iwanicki also made it difficult for the judges to decide the winner.

The standard dances had been dominated by Belarusian couples, but this time it was South Korea’s turn to reign. Hye-Jeong Jang and Jeongbu Bae stunned reigning champions Iryna Makeichyk and Yauhen Yarmoshka in the class 1, while Juhee Hwang and Jaeung Son could not hide their surprise when they learned they overcame Hanna Harchakova and Roman Usmanov for the gold.

It's a double for Korea! Jaeung Son and Juhee Hwang win the Combi Class 2 and they almost cannot believe it!#ParaDanceSport | @AlanMarchSport pic.twitter.com/8c4w0AVI8j

The choreography, talent and skill level of Russia’s Para dancers was evident on the dancefloor.
The nation’s anthem was place on repeat throughout the three nights of ceremonies, as they stormed to the top with 25 medals (11 golds).

It was a statement return for Russia who had not competed in World Para Dance Sport events since 2016, and their joy to be back doing what they love was expressed in pure dance form.

The man of the show was Maksim Sedakov, who won five of his six events.

Last week the @ParaDanceSport took place in #Bonn, home of @Paralympics and winner of the @SDGaction's Awards.

On #DisabilityDay2019, we applaud all the #wheelchair dancers who took part in the championships and inspired the audience with their performances.⁠#disabilityday pic.twitter.com/hJXEZewym9

Athlete participation numbers reached an all-time record at Bonn 2019. The addition of more medal events certainly was one factor in increasing those numbers.  New events such as the women’s junior single opened eyes to the wealth of talent and potential coming up, while the duo freestyle for both classes sparked imagination and inspiration for wheelchair dance partners to explore.

More on the Bonn 2019 World Para Dance Sport Championships can be found on the event website. 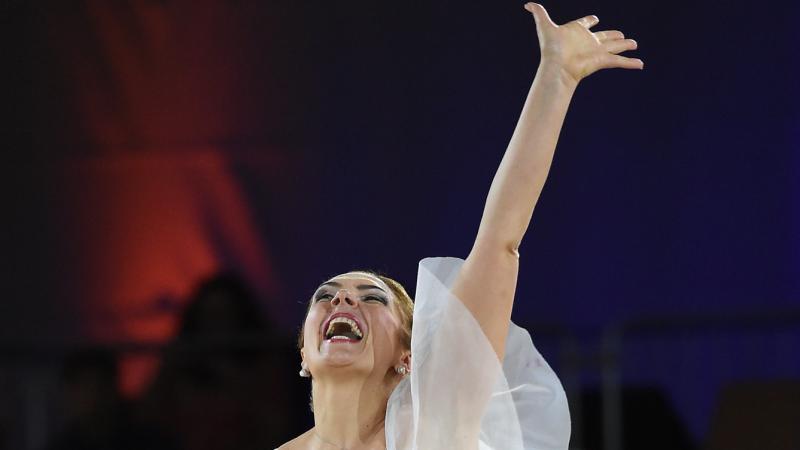 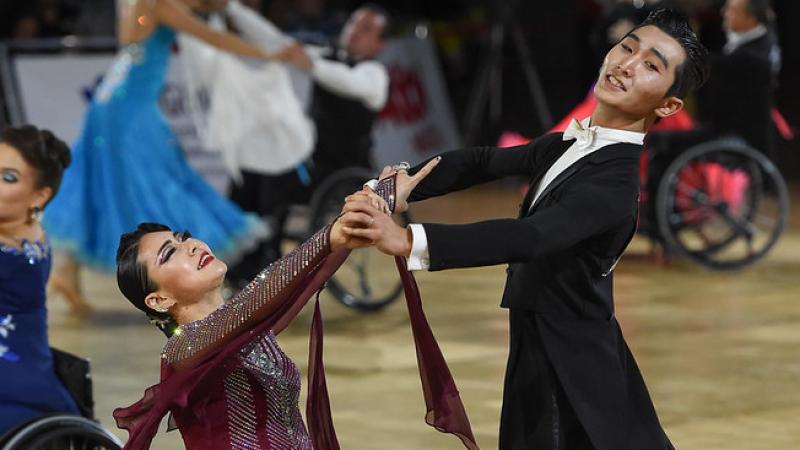 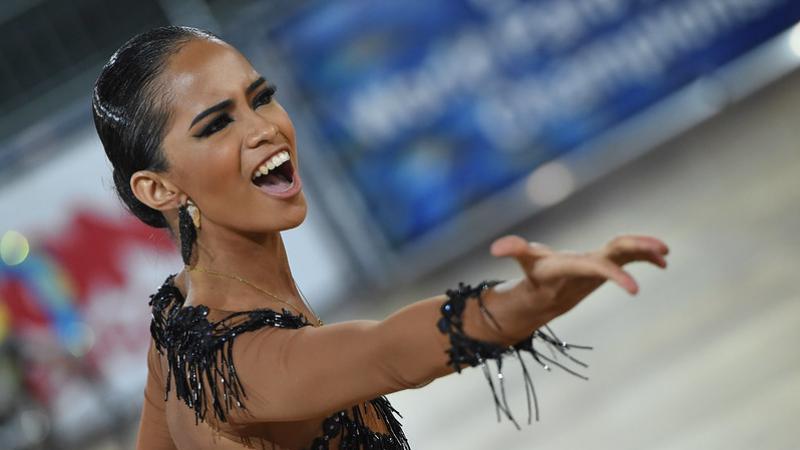 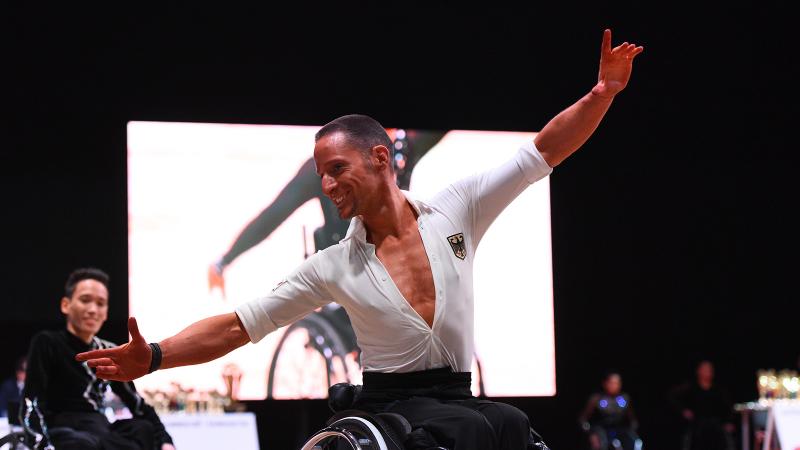