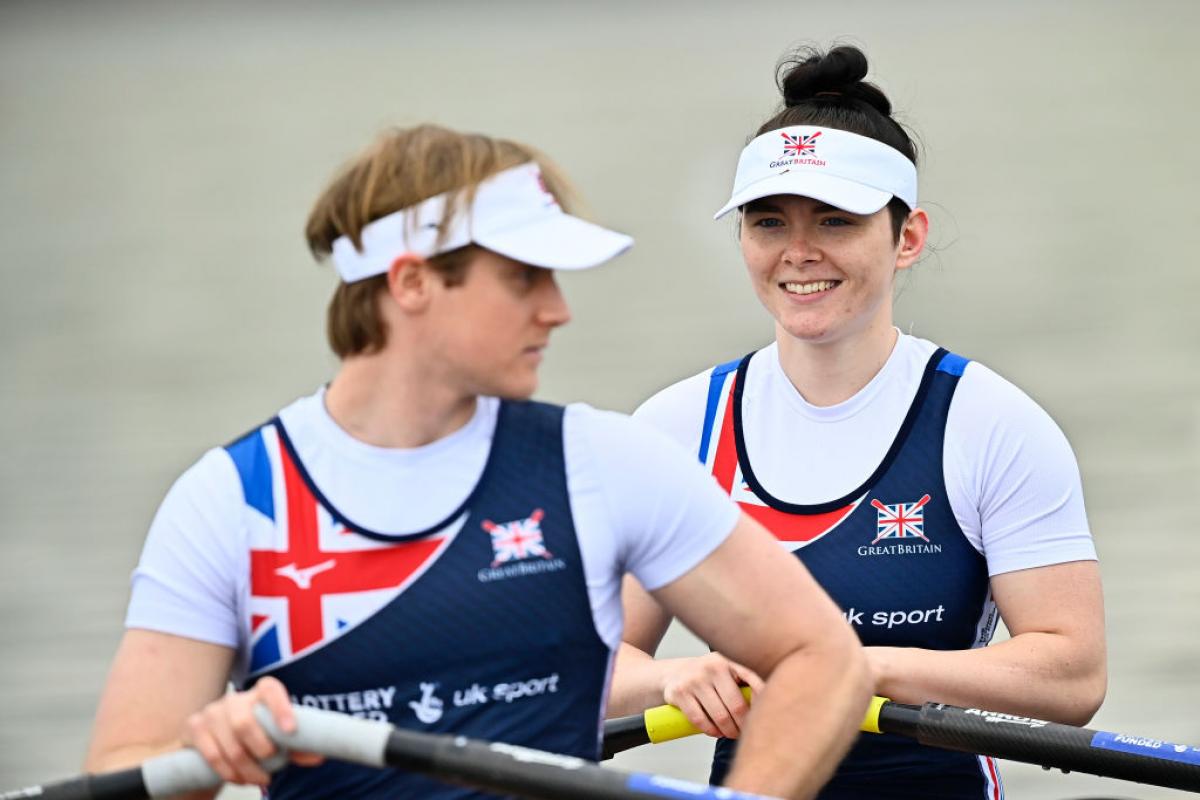 BRITISH HOPE: Lauren Rowles and partner Laurence Whiteley will try to defend their title at Tokyo 2020
ⒸGetty
By Ros Dumlao | For the IPC

British Para rowing star Lauren Rowles does not see last year as a waste. Instead, it was quite the opposite.

It was fruitful, and a time she described as “character building.”

“Having 500 days added to the Paralympic journey has allowed me to have some breathing space away from my usual routines and training which has in turn benefitted my mental health and allowed me to enjoy my sport and fitness on a whole new level,” the 23-year-old said.

Since Rowles’ Rio 2016 success with Laurence Whiteley in the mixed double sculls pair (PR2 Mix2x), much of her time had been focused on repeating that golden victory at Tokyo 2020 — and little time to herself.

That is why the Tokyo 2020 postponement to 2021 was reinvigorating and saw her make personal victories.

“Off the water I have developed more than ever as a person these last (20) months — I publicly came out as being gay and began to share this version of myself with the world that I had been hiding all of my life,” said Rowles, who was inspired to take up Para rowing after watching it at London 2012. “I also began to build my career outside of sport and work on projects that I never had time for before the lockdowns.”

The pandemic helped her appreciate more the time with family and friends – and even new friends, which made the challenges training through the pandemic bearable.

“Community. Plain and simple,” she answered about the key to bearing with the pandemic.

She even made new friendships in sport, and began training virtually with athletes across nine Para sports three to four times a week.

“These athletes provided me with the motivation and encouragement to continue pushing through the challenging times and dark days where you wondered if the Games would even go ahead or whether you would ever return to normal life,” she continued.

“I've learnt so much about the power of community more than ever this year and that together we truly are stronger.”

As quickly as Rowles shot up to fame after winning Rio 2016 gold with partner Laurence Whiteley, in World Best Time, she quickly faced a setback the following year.

She remembered lying on a hospital bed after having hip surgery 11 months before the 2017 World Championships, and had to also miss the following season as well.

In that time frame, Dutch duo Annika van der Meer and Corne de Koning dominated the boat class, winning back-to-back world titles. With the 2019 World Championships and important qualification event for Tokyo 2020, and with most athletes in peak form, Rowles and Whiteley knew they needed to pick up their training fast if they were to make a comeback.

And they did just that, beating their Dutch rivals to gold.

“I made it my sole mission to return to the podium at the Championships in 2019, and so for the next 11 months in the lead up to that gold medal race I worked harder and smarter than I ever have before to return to the competition scene in the best shape of my life,” Rowles recalled.

“Bringing home that gold medal felt like a Paralympic medal for me in some respects. The medal tells a story about the journey we took to get there and the adversity I had overcome personally.”

Van der Meer and De Koning still hold the World Best Time at 08:06.21 and will be just as hungry for their first Paralympic title together.

For Rowles, she said her and Whiteley can only focus on themselves, and trust what they have built over so many years.

“We have one of the longest standing partnerships in Para rowing so we draw our strength from our experience of rowing together over the years,” she said. “We have a shared mindset to build a legacy in the sport and drive standards in our event. And having that shared mindset means that we constantly are striving for excellence in everything we do as a crew.”