Turkey’s Nazmiye Muslu spoke to Paralympic.org after winning gold with a world-record lift at the IPC Powerlifting Open European Championships. 23 May 2013
Imagen 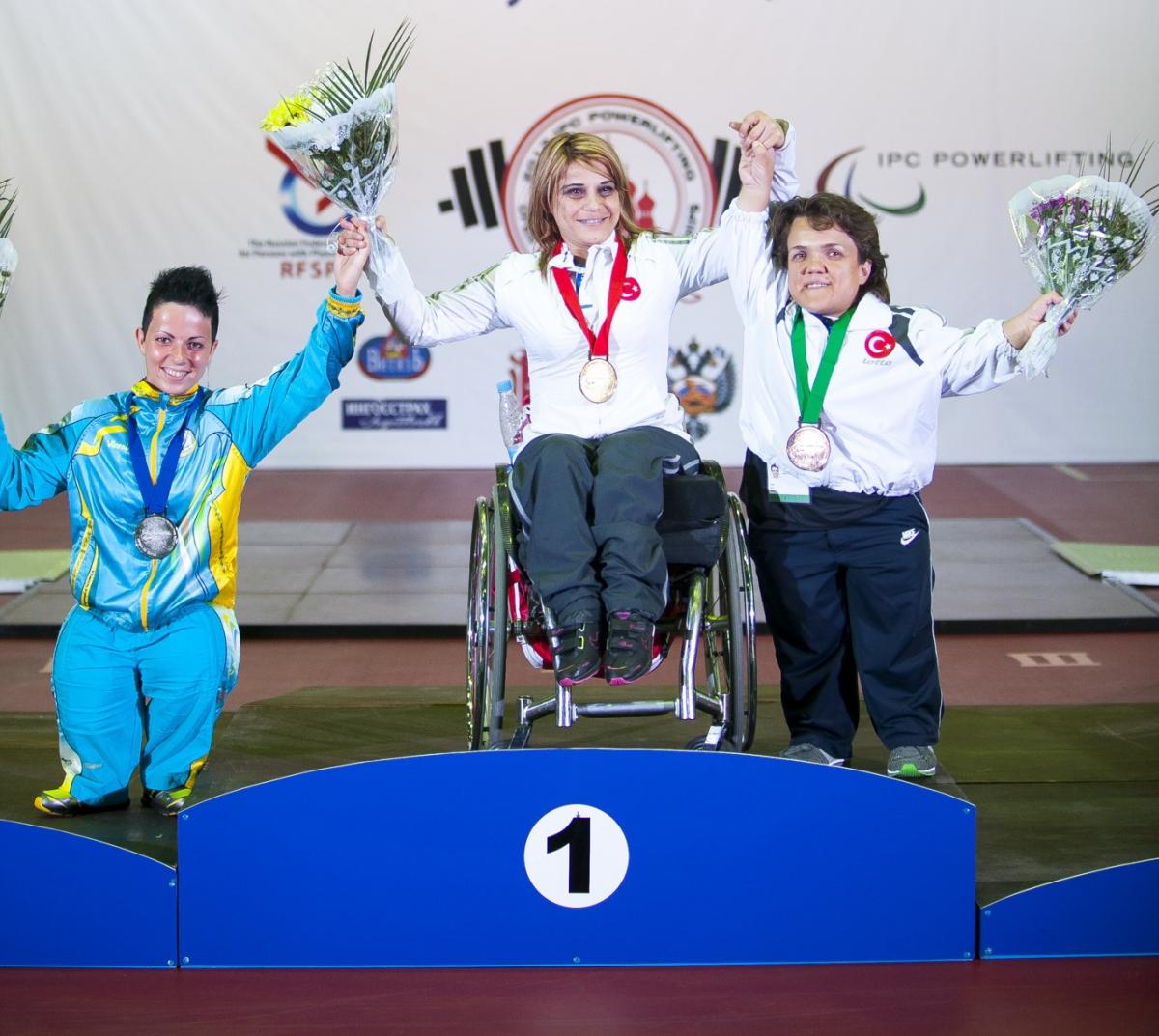 Yes, I’m the best in the world right now. After that performance, I’m not afraid of any of the other powerlifters, but rather they should be afraid of me.

Paralympic champion Nazmiye Muslu proved her powerlifting dominance once again on Wednesday (23 May), winning gold in the women's -41kg category at the IPC Powerlifting Open European Championships with a world-record lift of 100kg.

Paralympic.org had the chance to quickly catch up with Muslu following her performance.

1. Paralympic.org: What do you make of breaking the world-record and winning gold here in Aleksin?

Nazmiye Muslu: I certainly didn’t have any problems and the result was very good for me. It’s very simple for me, and you can see it in my face that I’m happy and everything worked out the way I wanted it to.

2. Do you do anything special right before you get to the bench in a major competition such as this?

No, not really. Many people would think I do, but the only thing I really do is make sure I’m prepared mentally and that I put on a serious face to get ready to work.

3. Do you think at the moment you’re the best in the world in your weight class?

Yes, I’m the best in the world right now. After that performance, I’m not afraid of any of the other powerlifters, but rather they should be afraid of me.

4. So you’re pretty accustomed to spending a lot of time in the gym then?

I train most days, twice a day. I’m strong but still not as strong enough as I want to be, so I just need to keep doing what I’m doing to get there.

5. What are your long-term goals following these Championships?

To be the gold medallist at the Rio 2016 Paralympic Games, and then after Rio I’ll probably be finished, so it will be good to end on a high note. But first, are the World Championships next year.