Guilhermina Out for 3 World Records in London

Brazil's Terezinha Guilhermina has set out to be the fastest visually impaired sprinter in the world. 02 Jul 2012
Imagen 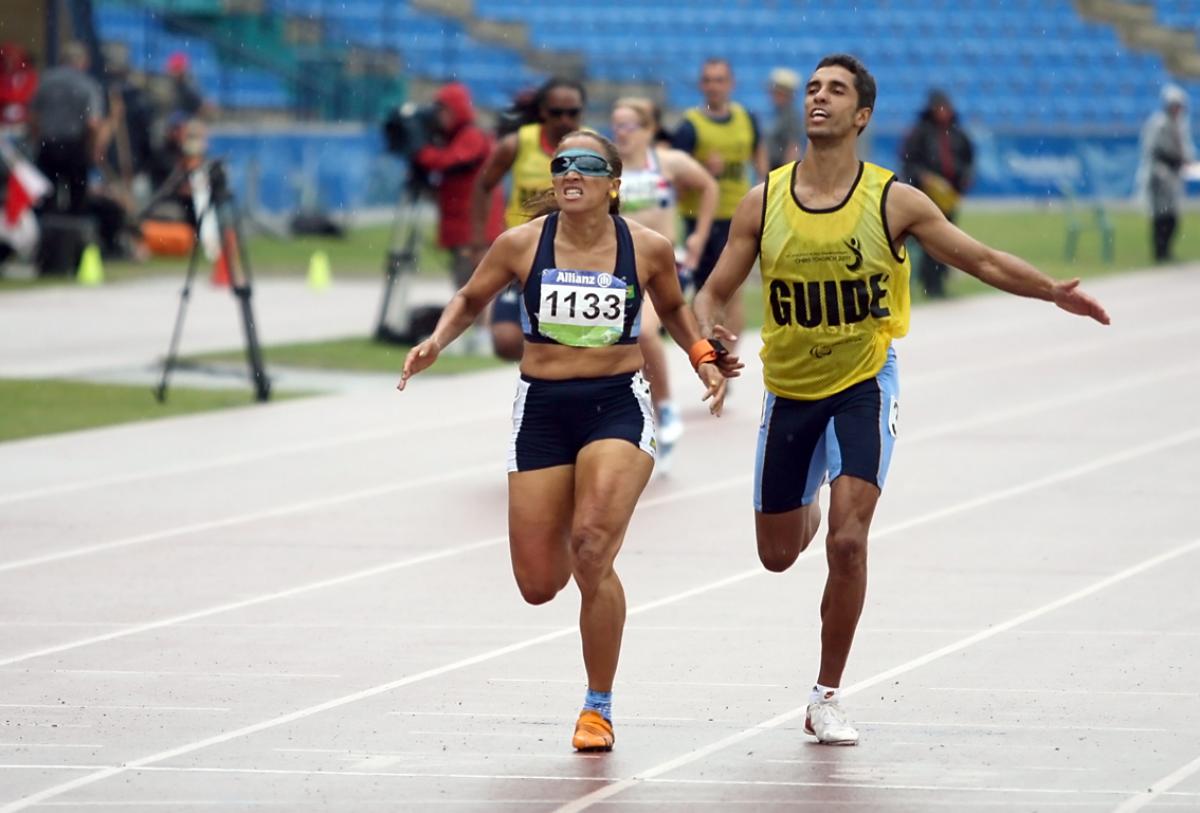 “I don´t worry about my opponents, I focus on my preparation and I wish to conquer three gold medals.”

In London she does not want to just win gold, she also wants to smash her own records.

“It has been four years of preparation and adrenaline accumulation,” said Guilhermina. “I want to head to London and come back with the title of the fastest blind woman in the world.”

To do this, she will have to run faster that Cuba's Omara Durand, who at the 2011 Parapan American Games in Guadalajara ran 11.99 in the 100m T13, a class for runners with a less severe visual impairment than Guilhermina.

“I have been dedicating myself to break all my three records,” she said. “My will to win is huge.”

“I don't worry about my opponents, I focus on my preparation and I wish to conquer three gold medals.”

It is not that Guilhermina underestimates her opponents, but the two-time Paralympian has been competing for long enough to be able to cope with the pressures of competition, for which she believes preparation is key.

She trains six days a week, focusing on her strength and technical abilities. When she does competition simulation she trains with her guide, Guilherme Santana.

“Training is very intense, and we're doing much more now with the Paralympic Games so close,” she said “I am dedicating myself to my training six days a week, twice a day, from 8 to 11 a.m. and from 3 to 6 p.m. I consider myself really well prepared for London 2012.”