Hug aiming to get one over Weir 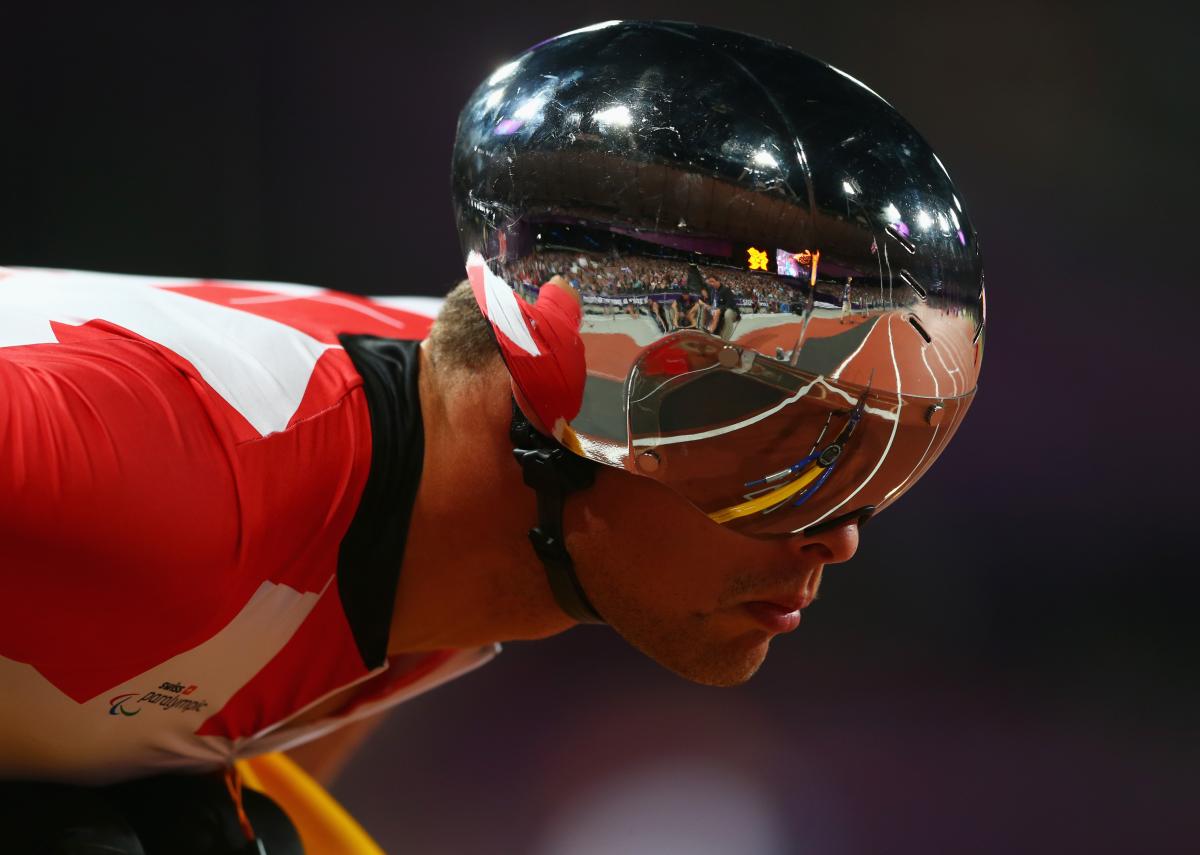 ⒸGetty Images
By Lewis Wood Thompson | For the IPC

"There are some emotions after the Paralympics in returning to London because it is the first time I have returned after the Games and I will always remember last summer as being special."

Double Paralympic silver medallist Marcel Hug is aiming to write his name in marathon folklore and finish ahead of his rivals in the Virgin London Marathon this weekend.

The 27-year-old Swiss made his mark in London eight months ago when he finished as runner-up over the 26.2-mile course to Great Britain's Paralympic multiple gold medallist David Weir.

But Sunday (April 21) brings with it the opportunity for Hug and his fellow wheelchair racers to do battle once more, with a win against his rivals his main priority.

"It is very important - the time is often not important but it is to beat my rivals," he said. "They are very important, because without any difficult rivals, it is not that competitive, not that high level or challenging - so it is very vital."

Hug missed out on the top spot during the Paralympics by just one second as Weir pipped him and Australian Kurt Fearnley into the gold medal position on the last corner.

The Weirwolf will have the backing of the home-crowd once again on Sunday, but Hug is under no illusions that he won't be the only threat in the race to top the podium - the road to victory will be a hotly contested one.

"There is always a rivalry with David Weir, but also a number of other athletes who are also very strong," he stated.

"I don't know how strong David is, but I know he will be up there. I will try my very best to beat every one of them, but I know that it will not be easy.

"My preparation has been good for London. It has been a bit difficult over the last few weeks because we have had really bad weather in Switzerland. It has been cold and snowy, so I have not had good training outside.

"But the last few days I have had good training, spring is coming now and I feel good. I had a good Boston marathon, it was a good performance and I feel ready."

Another close rival is fellow countryman and world silver medallist Heinz Frei. The experienced 55-year-old world-record holder finished 12th in Boston last Monday, but has a history of success over the London course, with three previous wins under his belt. Hug knows there won't be any love-lost between the pair on Sunday.

"I always want to beat him, of course," he said. "We don't really work together, but I hope that he can do better than he did in Boston. I have to focus on myself and I definitely want to beat him too."

Hug finished an impressive fourth in the Boston Marathon, but the performances of the athletes have been overshadowed by the tragic scenes that followed.

But despite being deeply disheartened by the events in the U.S, Hug doesn't have concerns about competing and is looking forward to an emotional return to London.

"When I heard about [Boston] I was shocked and it was a very bad feeling," he said. "I was very surprised, what has happened is just sad for the people involved and for it to happen in a sporting event is just so sad.

"I don't think there is fear - that is not the right word. We should not have fear, because if we have fear we cannot go anywhere because we never know if something is going to happen.

"I think security in London is high, so it should not be a problem and I don't feel fear."

He added: "There are some emotions after the Paralympics in returning to London because it is the first time I have returned after the Games and I will always remember last summer as being special."