Iran’s Rahman a Force to be Reckoned With at Paralympics 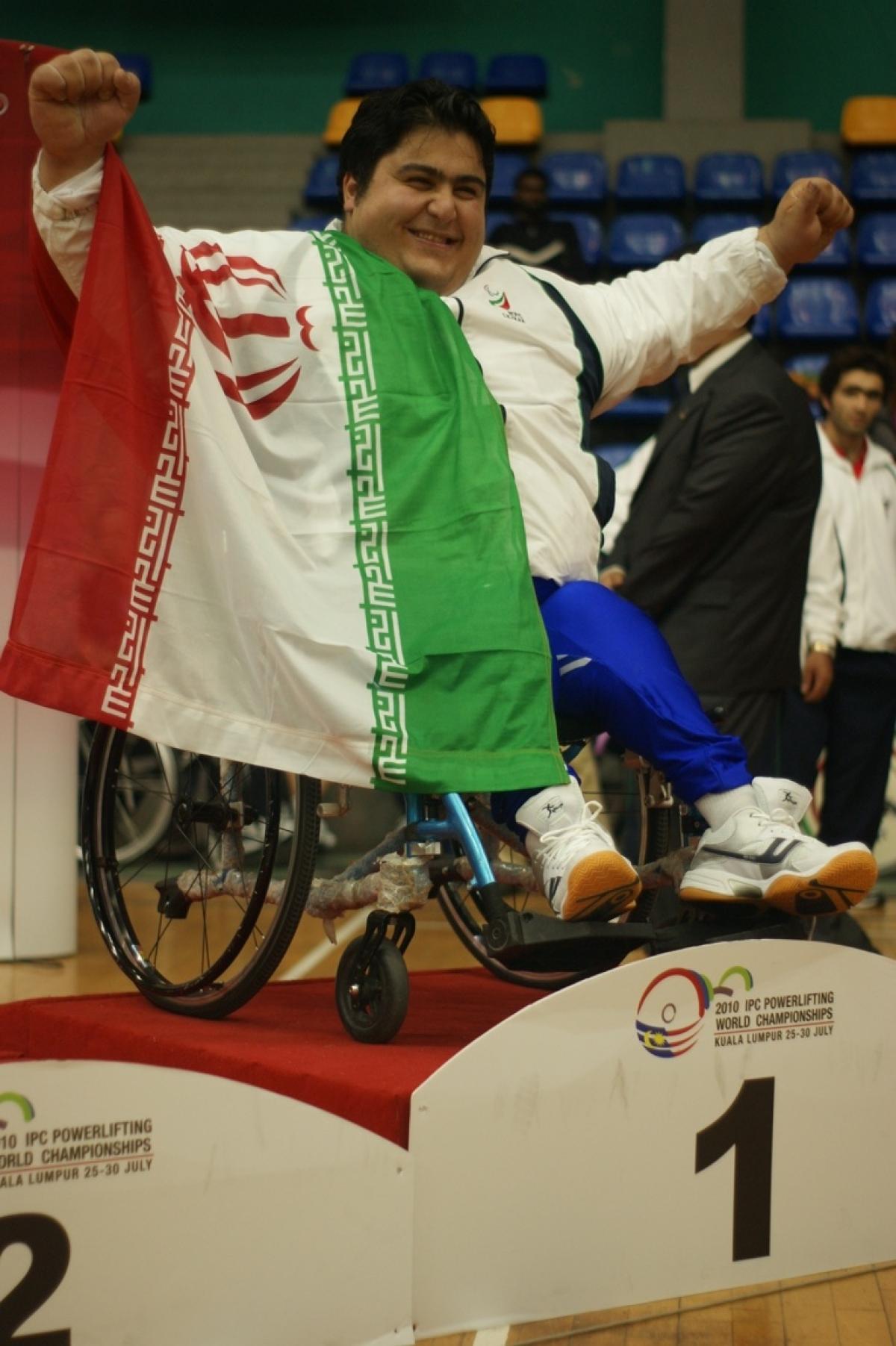 With a lift of 290kg, equivalent to the weight of two baby elephants, Iran’s Siamand Rahman broke the International Paralympic Committee (IPC) Powerlifting world record in the 100kg+ category at the Guangzhou 2010 Asian Para Games in China. Since then he has firmly established himself as favourite for gold at the London 2012 Paralympic Games.

At age 23, Rahman has now had plenty of time to reflect on becoming a hero in Iran. It took just one day of competition in China last year for him to turn into a star.

“I remember so well that day,” Rahman said. “I was able to gain a gold medal and break a world record and was obviously pleased with myself. Raising the Iran national flag was the best moment.

“The majority of our people are familiar with the Paralympic Movement,” Rahman added of his home nation. “They know me well and are so keen to watch my competitions.”

Rahman, who was born with a congenital anomaly, has been under strict supervision with his coach lately as far as his training schedule goes.

While he is a little unsure of what to expect at his first Paralympic Games next year, Rahman knows one thing – he cannot take any of his fellow competitors for granted. At last year’s IPC Powerlifting World Championships in Malaysia he managed silver losing out to his teammate Karem Rajabi Golojeh.

“I suppose all of them are my rivals, because this is the first time I’ll participate in the Paralympic Games,” he said. “But I think Iraq is my chief rival based on my experiences in world and Asian competitions.”