Irish sprinter Jason Smyth will try to defend his title as fastest Paralympian on the planet. 30 Aug 2012
Imagen 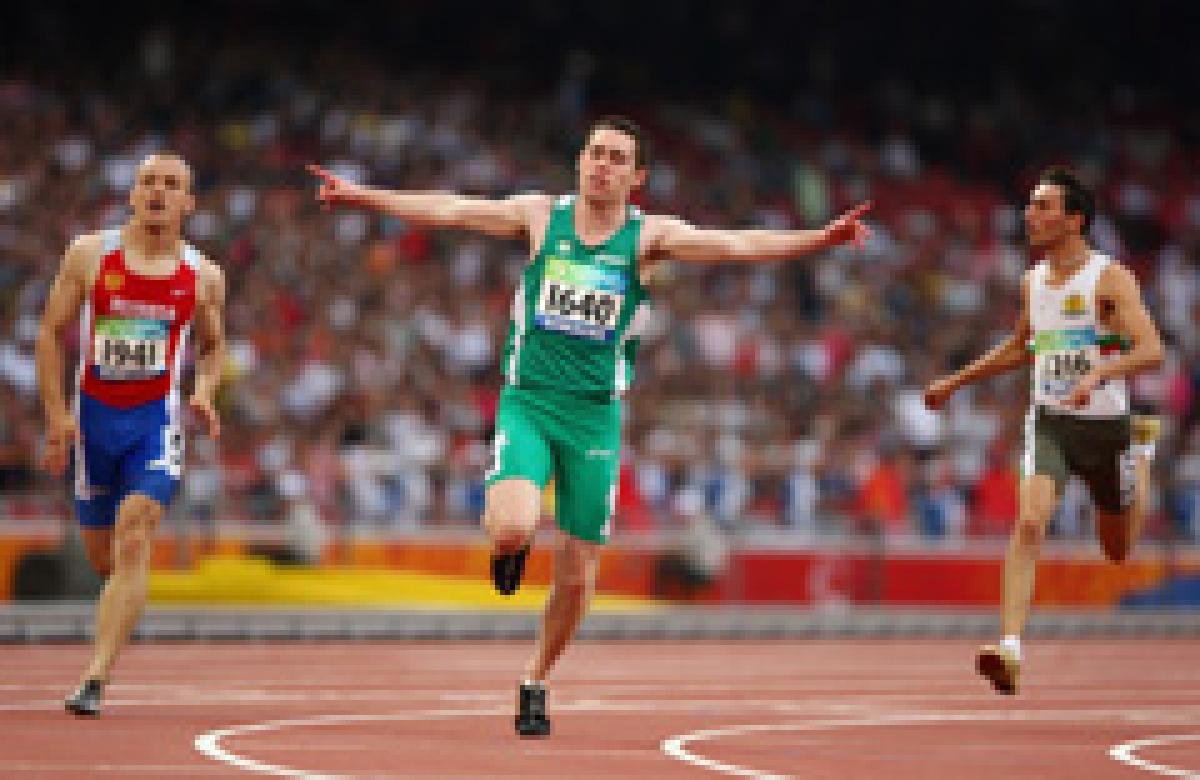 By “The big thing the success in Beijing has given me is probably the experience. Four years down the line I'm four years wiser, I have four more years under my belt."

Four years ago in Beijing, Irish sprinter Jason Smyth sped into the record books, claiming gold in both the 100m T13 and 200m T13 at the 2008 Paralympic Games.

The visually impaired athlete set new world records in both events, and was dubbed the fastest Paralympian on the planet.

Now, four years on and with that invaluable experience behind him, Smyth is ready to go out and show the crowds in London that he remains the man to beat.

“The big thing the success in Beijing has given me is probably the experience. Four years down the line I'm four years wiser, I have four more years under my belt.

“I've learned a lot from being in Beijing and being able to cope and handle being under pressure and in a stadium with 90,000 people. So I think in all aspects I've improved and grown and learnt a lot, which I'm hoping will stand me in good stead.”

Indeed, the Derry-born athlete has left no stone unturned in his quest for Paralympic glory, and made an astute decision three years ago to join up with American sprint star Tyson Gay, the 2007 triple world champion, at his base in Florida to train alongside some of the world’s best.

“I based myself out in the States for the last three years training with a group of world class athletes, some of the top guys in the 100m in the Olympics. I've learned a lot from being in that environment,” he explained.

But don’t be fooled into thinking Smyth lives a life sheltered from the outside world and devoted solely to track and field. For all his dedication to athletics over the last seven years, Smyth is also looking forward to making another major commitment in his life. Soon to be married to fiancée Elise, he credits his partner for giving him the opportunity to realise his sporting ambitions.

“Over the last few months, and getting prepared to get married, I've had to deal with nothing. She knows I'm here to compete and I've got business to take care of, so I've got to give her a lot of respect for that and she hasn't allowed it to be a distraction in any way.

“I've based myself in the States and I've pretty much eaten, slept and trained and not particularly had much of a life. I've been willing to sacrifice that to try and succeed. I think having more of a personal life outside of the track will help me and I suppose help me to be happier in what I do.”

And when it comes to competing on the international stage, Smyth believes he’s capable of going ever faster, spurred on by the support of the home crowds in London.

“I suppose the quicker you run the reality is you're more likely to succeed and hopefully win gold medals, so for me, I'm an athlete who wants to reach my potential in everything so I'm constantly pushing myself to see how far and fast I can go.

“My preparation has been going really well. We were out in Portugal for a week before we came here, and I feel like I’m in and around the shape of my life, and around my personal best.”

“The British people have really got behind the Paralympic Games and there has been so much of a buzz. Watching a lot of the Olympics over the last month, you could see the atmosphere and excitement within the stadium, but also within the general public. Without a doubt this is going to be the greatest Games ever.”