Irma Khetsuriani's journey from despair to a life full of hope 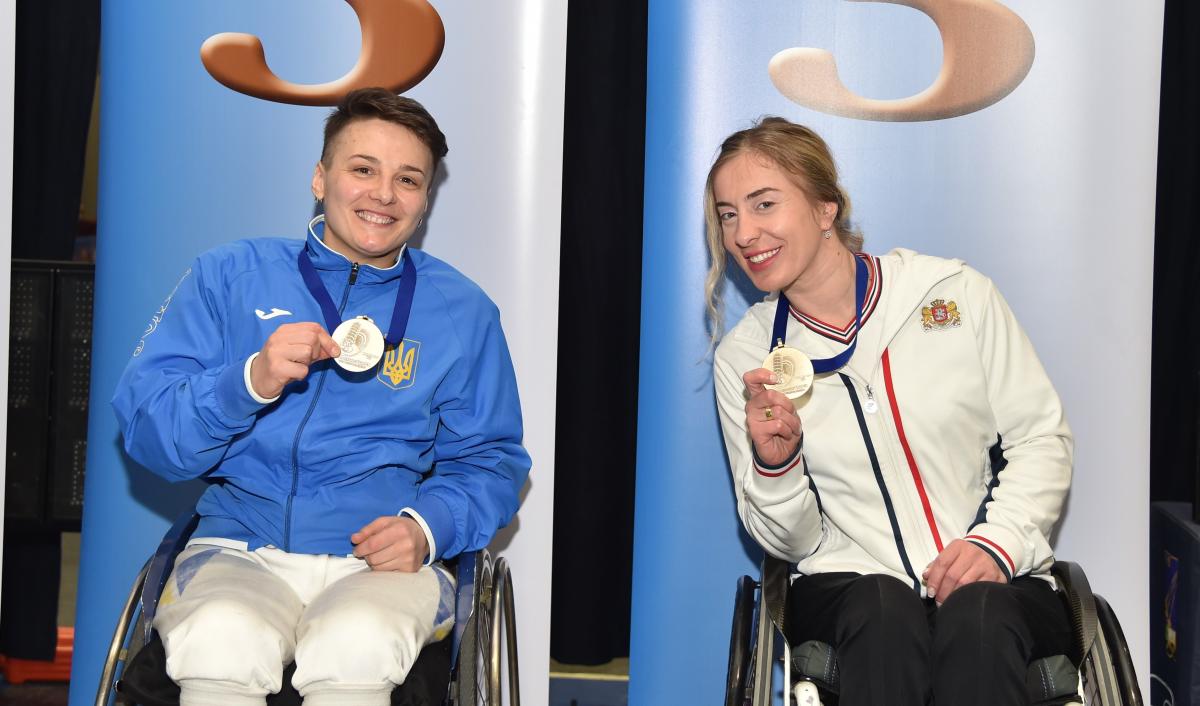 ALL SMILES: Irma Khetsuriani (right) leads the rankings in the women's sabre B ahead of Tokyo 2020
ⒸEva Pvia Gomez
By Leo Aquina | AMP Media

When she was seven years old, her family fled from the 1992-93 war in Abkhazia, which lies in the South Caucasus on the eastern coast of the Black Sea.

And while Khetsuriani was too young to properly remember the war, it had an impact on her world and those around her: “I can only imagine how bad it must have been for my family members. We don't talk about it anymore; the past is the past."

For Khetsuriani, life moved on also. A bright scholar, she finished school in Tskaltubo in west central Georgia and went to university in the nearby city Kutaisi to study computer technology and English. But those courses were never finished.

At 18 years old, Khetsuriani was diagnosed with a tumour in her spinal cord and needed immediate surgery. The surgery kept her alive but resulted in paralysis that meant a different kind of life in a wheelchair. Her world changed once more.

"It all went very fast because the tumour was life threatening. I did not know that I was going to be paralysed before I went into surgery and then, suddenly, I was in a wheelchair,” explained Khetsuriani.

"At first, I did not know what to do, I just stayed in my room and did nothing. Then I said yes to rehab. I had this dream to be able to walk again."

The reality was much harder. Three years on from the surgery her uncertainty about her purpose in life meant she contemplated drastic measures. Ultimately, she thought better of it and spent another three years bravely trying to walk again, before coming to a defining conclusion that pointed to a different path.

"I worked six years before I realised that it would never be enough,” added Khetsuriani. “I had to accept that the rest of my life was going to be in a wheelchair. I had to start my life all over again."

That life took a new path when Khetsuriani received a chance phone call from the Georgian capital of Tbilisi, handing her a unique opportunity.

"I had met someone from the Georgian National Paralympic Committee (NPC), and he called me because they needed someone at their office who could speak Russian and English."

Khetsuriani fitted the profile and decided to move.

"It was difficult for my mother, because she had been taking care of me as if I were a precious flower. It was comfortable, but she did not give me any room to breathe. My mother wanted to come to Tbilisi with me, but I told her I had to do this all by myself and I went."

Living in Tbilisi helped Khetsuriani learn how to be independent and find her own way.

"At the office I had to write letters and pick up documents. The work made me happy, the contacts I had with my colleagues (was uplifting). I got back a life."

One year after working with the NPC, Khetsuriani was introduced to wheelchair fencing. Little did she know that she was on the path to being a champion athlete.

"The vice president of the committee, who was my colleague and a good friend, asked me to try the sport because they wanted to develop wheelchair fencing. I was not an athlete. I had played basketball and tennis in school as a kid but never seriously. But I gave fencing a try and I met my coach Makhalz Meskhi.

"It's such a difficult sport and I told Makhalz I could never learn it, but he said that I just needed time. He convinced me to continue," Khetsuriani continued.

From novice to champion

At first Khetsuriani trained together with a couple of former soldiers who were injured during the Abkhazian War.

"But they quit. I think the sport was too difficult for them. It's very intellectual. You learn a lot from your coaches, but in the end, it comes down to yourself, your own tactics, your own improvisation."

As the trailblazer of Georgian wheelchair fencing, Khetsuriani celebrated her first major medal with silver in the women’s sabre B at the 2015 World Championships in Eger, Hungary.

Learning from the disappointment of finishing seventh at Rio 2016, she won gold in the women’s sabre B the following year at the 2017 World Championship in Rome, Italy. At the 2019 edition in Cheongju, South Korea; her hopes for another gold ended in the quarter-finals to Hungary’s silver medallist Boglarka Mezo.

Still, Khetsuriani has hopes at her second Paralympics.

"That's a goal and winning a medal (in Tokyo) is important, but in the end it's even more important to improve the quality of my fencing every day,” she said, before adding that she is already thinking about a different kind of life in her world.

"I've got a husband and he's been talking about having a baby for a long time already, so after Tokyo that’s the first plan."

Editor's note: The article was originally published in The Paralympic 01-2020 edition and can be found on Paralympic.org 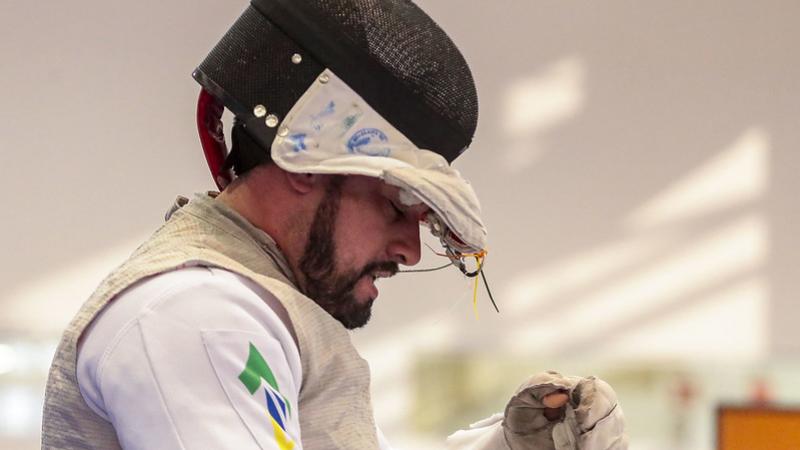