Italian powerlifter Martina Barbierato became a star in a day, winning two bronze medals and a gold in Aleksin, Russia. 25 May 2013
Imagen 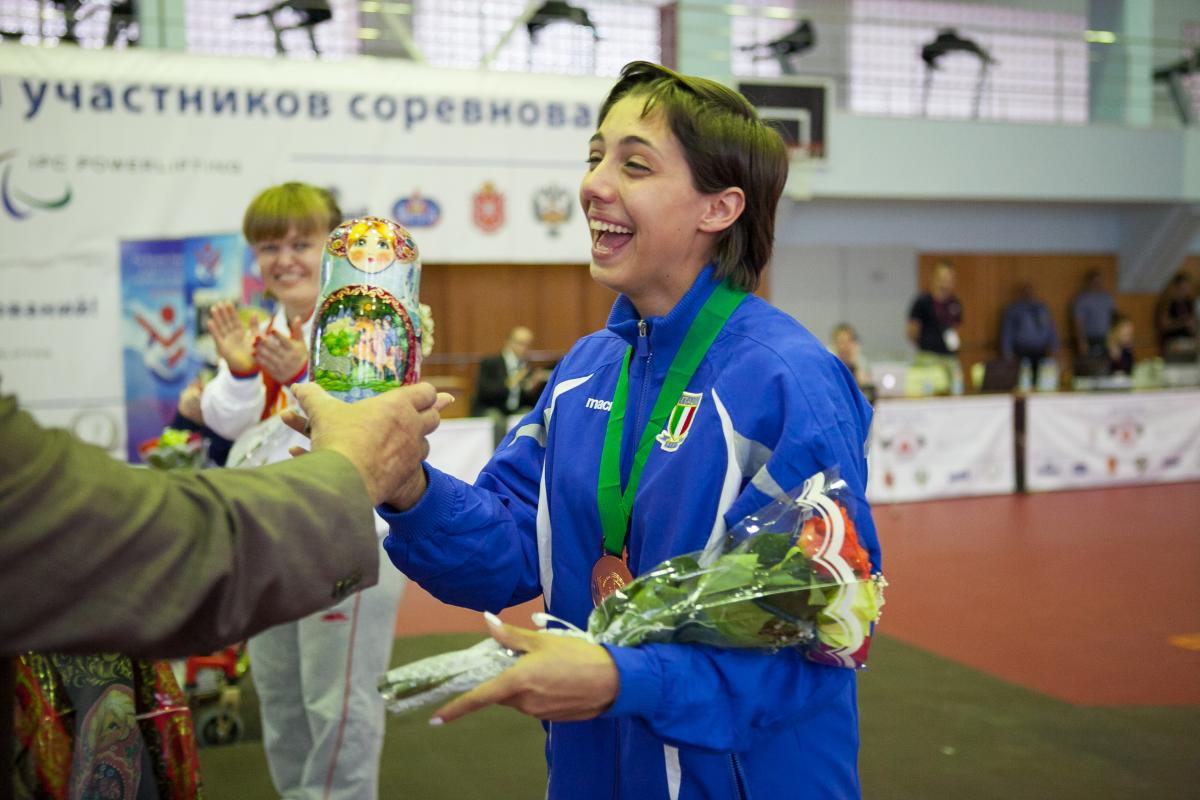 Italy’s Martina Barbierato woke up in Aleksin, Russia on Friday (24 May) excited that she was able to celebrate her 19th birthday by being able to compete at her first IPC Powerlifting international event.

Little did she know she’d walk away from the field of play that day with three medals around her neck.

Barbierato became the crowd’s sweetheart story in the women’s -55kg competition at the 2013 IPC Powerlifting Open European Championships, taking gold in the junior category and bronze in both the Open and European categories.

Her personal-best lift of -68kg was also good enough to break the junior world record in her event.

“It was the best birthday in my life – at least for now,” Barbierato said. “Later, maybe I’ll get lucky and have another day like this.”

Barbierato, who is currently juggling training with her aerospace engineering studies, has been spending a lot of time in the gym lately, saying that she still needs to develop her muscles at such a young age.

The Italian up-and-coming athlete said it’s never bad to think too big, and insists she’d love to be the next grassroots to gold story in powerlifting.