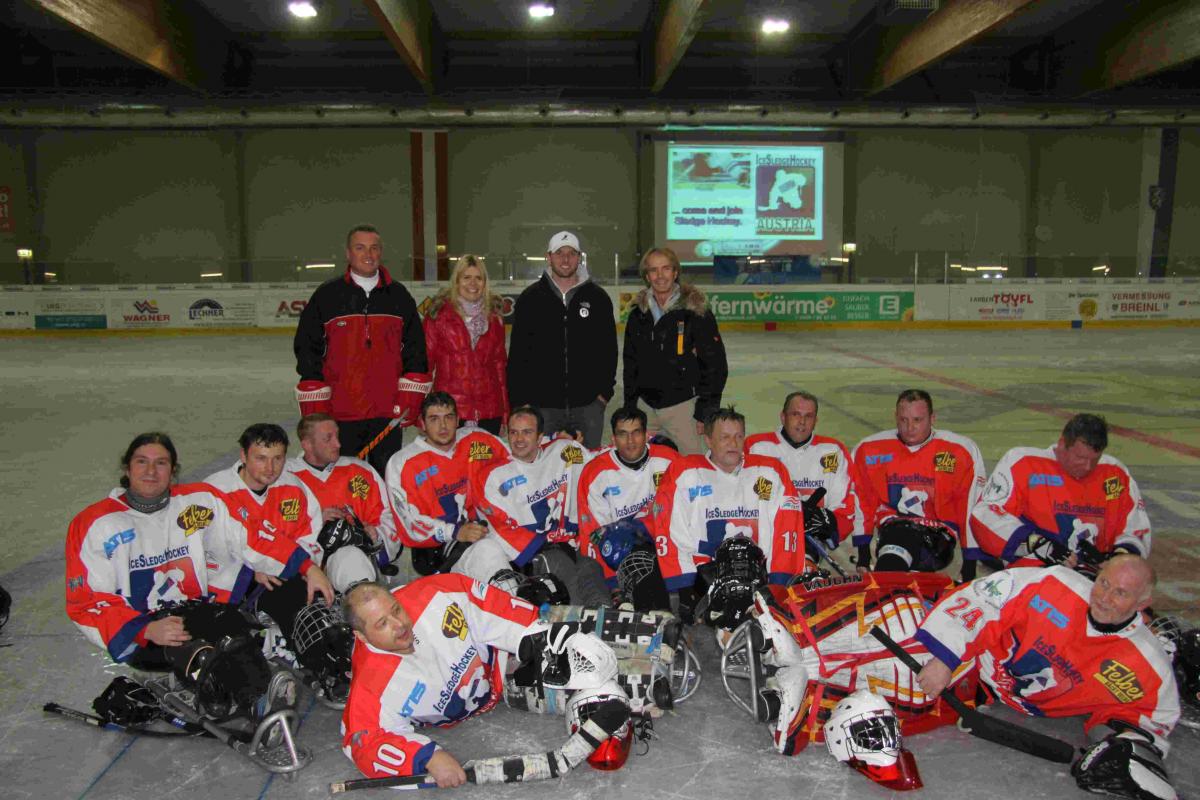 “I think what these guys do is incredible. To overcome their injuries and still play a sport that they love, I think it’s just a given to show up and say thank you to them for what they do, and I hope there’s more guys around here that will join them.”

Austria’s ice sledge hockey team will make its first international appearance next month at the 2012 IPC Ice Sledge Hockey B Pool World Championships, and the squad has NHL player Thomas Vanek to thank.

Vanek, whose father Zdenek is the Austrian ice sledge hockey team’s coach, worked with the NHL Players’ Association to donate 15 sledges and 20 equipment packages to help the programme start up nearly two years ago.

“It’s been a slow process, but it’s been going good,” Vanek said. “When we started it, there were three to four guys, now there’s about 15 or 16. The sport is growing which is good, but obviously we’ve got a long way to go. It’s hard to find sponsors, to find money.

Because of the current NHL lockout, the Buffalo Sabres left wing is currently at home in Austria and had a chance to attend one of the team’s training sessions last Saturday (27 October). Not only was he able to put faces to the athlete’s careers he has given a boost to, but he also had the chance to sit in a sledge for himself and give the game a try with his teammates.

“It’s really hard,” Vanek said. “It’s tough to balance yourself, to get going. I think we figured out the straight aheads fairly quick, but turning left or right wasn’t so easy for us.

“I think what these guys do is incredible,” he added. “To overcome their injuries and still play a sport that they love, I think it’s just a given to show up and say thank you to them for what they do, and I hope there’s more guys around here that will join them.”

Austria will be one of six teams competing at the Championships from 12-17 November in Novi Sad, Serbia, where they will be led by forwards Dennis Wliszczak, Andreas Mexiner and Sandro Kalegaris.

Wliszczak, who joined the team in July 2011, insists Austria will be the biggest underdog at the tournament, as they have such a new programme, but also pointed how far they have come in such a short amount of time.

“I think I have improved a lot,” Wliszczak said. “People now say that I’m the best player in Vienna.”

The forward hopes to become more aggressive on the ice and that he and his teammates can work on their speed to catch up to the likes of Russia and Sweden, but in the meantime, the aim is simple – win their first game at a major international competition.

“I will be satisfied when we shoot our first goal,” Wliszczak stated.

Meixner was just added to the team in February and has already caught on quickly. The leg-amputee has come a long way from where he was 20 years ago, sitting in a hospital bed as a 16-year-old cancer patient.

Ice sledge hockey has opened up his eyes to what he can do, and he said he was surprised by how aggressive and fast-paced it actually is.

“It’s a very sophisticated sport,” Meixner said. “It’s different than any other sports I’ve played before because you need a lot of power and strength, as well as brain power.”

“When you first see them actually play and go at it, it’s quite impressive,” Vanek said. “It’s like us in the NHL – you battle for every inch.

With Vanek able to help the programme secure ice time, equipment and purchase multiple sledges at the cost of 800 Canadian dollars apiece, the future looks bright for Paralympic winter sport in Austria.

He said he now fully supports a co-operation between the able-bodied and Paralympic sides of the sport. 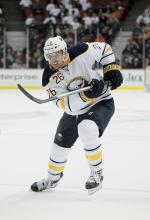