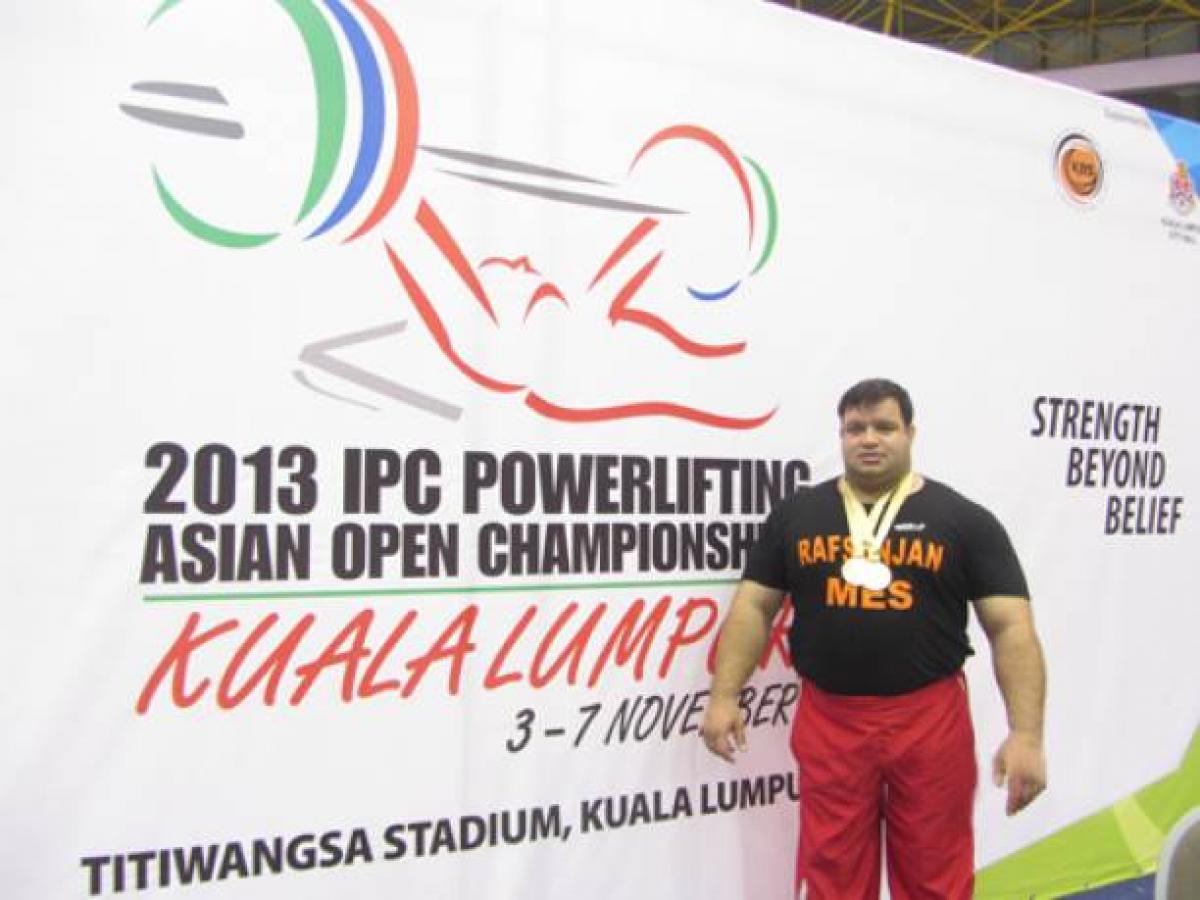 Iran’s Mansour Pourmirzaei broke the men’s over 107kg world and Asian record on the last day of competition at the 2013 IPC Asian Open Championships at the Titiwangsa Stadium in Kuala Lumpur, Malaysia.

The 33-year-old stunned the crowd with a lift of 276kg, destroying the previous record of Iraqi Faris Al-Ajeeli by an incredible 36kg. Pourmirzaei led all three rounds, not faltering in any of his lifts to win gold ahead of London 2012 bronze medallist Korean Keun Bae Chun with 233kg and Walid Raeilboon of UAE.

How did he manage it?

“Before the Asian Open Championships, about 4 months ago, I could lift 285kg in one of the preparatory camps,” Pourmirzaei said.

“In the first phase, I decide how to lift and how much to lift, but in the second phase, I just have a total concentration as my main aim. My training program and schedules are conducted by my coach who leads me in this regard.”

The weight of 276kg is equivalent to nearly 610 pounds. What else could Pourmirzaei lift right now given half the chance?

? A tiger, gorilla, alligator or crocodile

? Over five complete copies of the Encyclopaedia Britannica

That won’t be all from the impressive lifter who aims to set a new world mark at the 2014 IPC Powerlifting Asian Open Championships:

“I think of 300kgs, and I hope, if God willing, to lift it and break the world record.

“The World Championships are coming and I aim to do my best of best and make all my friends, family and coaches happy.”

So what does 300kg look like in the real world?

Pourmirzaei will be in action at the 2014 IPC Powerlifting World Championships from 5-11 April.