Egyptian powerlifter Sherif Othman broke his own world record four times at the 2014 IPC Powerlifting World Championships and plans to make his debut in a higher weight category in 2015. 06 Dec 2014
Imagen 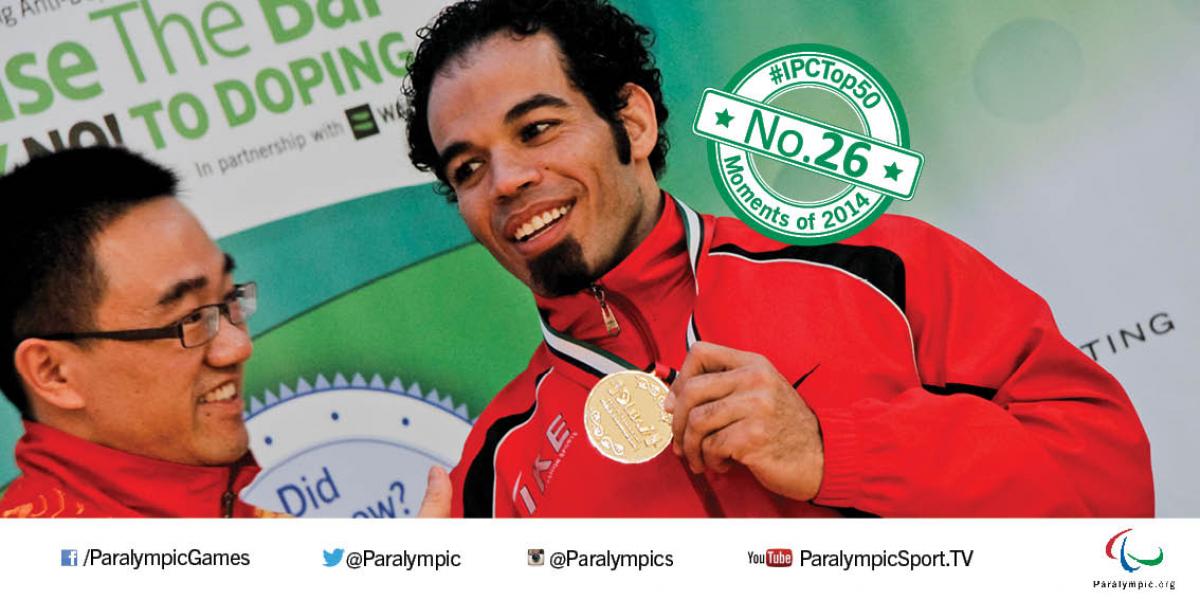 “My focus was on this tournament 100 per cent, so I was expecting a performance of this level.”

Egypt’s Sherif Othman earned his spot at No. 26 in the Top 50 moments of 2014 when he broke the men’s up to 54kg world record four consecutive times at the 2014 IPC Powerlifting World Championships in Dubai, UAE.

Leading into April’s Worlds, Othman was a favourite for gold. He owned what was then the world record of 181.0kg and was expected to attempt an even heavier lift.

Instead, Othman shattered expectations. He broke his own record four times in a row, surprising everyone in the crowd but himself. Othman’s final lift of 205.0kg was nearly four times his own body weight.

“My focus was on this tournament 100 per cent, so I was expecting a performance of this level,” Othman said. “The biggest motivation behind my success in Dubai was my self-confidence and the determination to achieve what I want. Nothing is impossible.”

The silver medalist, Russia’s Vladimir Krivulya, was far behind the Egyptian with a final lift of 180.0kg.

Othman has not slowed down since that remarkable performance. He is atop the up to men’s 54kg world rankings by a significant margin, as no other powerlifter in that category has reached the 200kg mark.

With Rio 2016 less than two years away, Othman is now considering his plans, including a move into the up to 59kg weight class in 2015. He has reason to believe he will be successful in that category, as the top-ranked athlete Ali Jawad of Great Britain has not lifted more than 200kg this year in an IPC Powerlifting recognised competition.

“It is necessary for humans to set goals that are scalable,” Othman said. “If a person only sets elusive goals, he will feel the futility of his attempts.”

Othman does not have every detail set in stone in the lead-up to Rio. What he does know, however, is that he wants to become a three-time Paralympic champion - and push the limits of his own world record in the process.

“You can draw a straight line from anywhere on the edge of the circle to the point in the centre,” Othman imagines. “It could be millions of lines. The point is my goal, the circle is my way and the circuit lines are my attempts. So if one of them does not succeed, there is another one that will.”