No. 4 Petushkov shows impossible is nothing 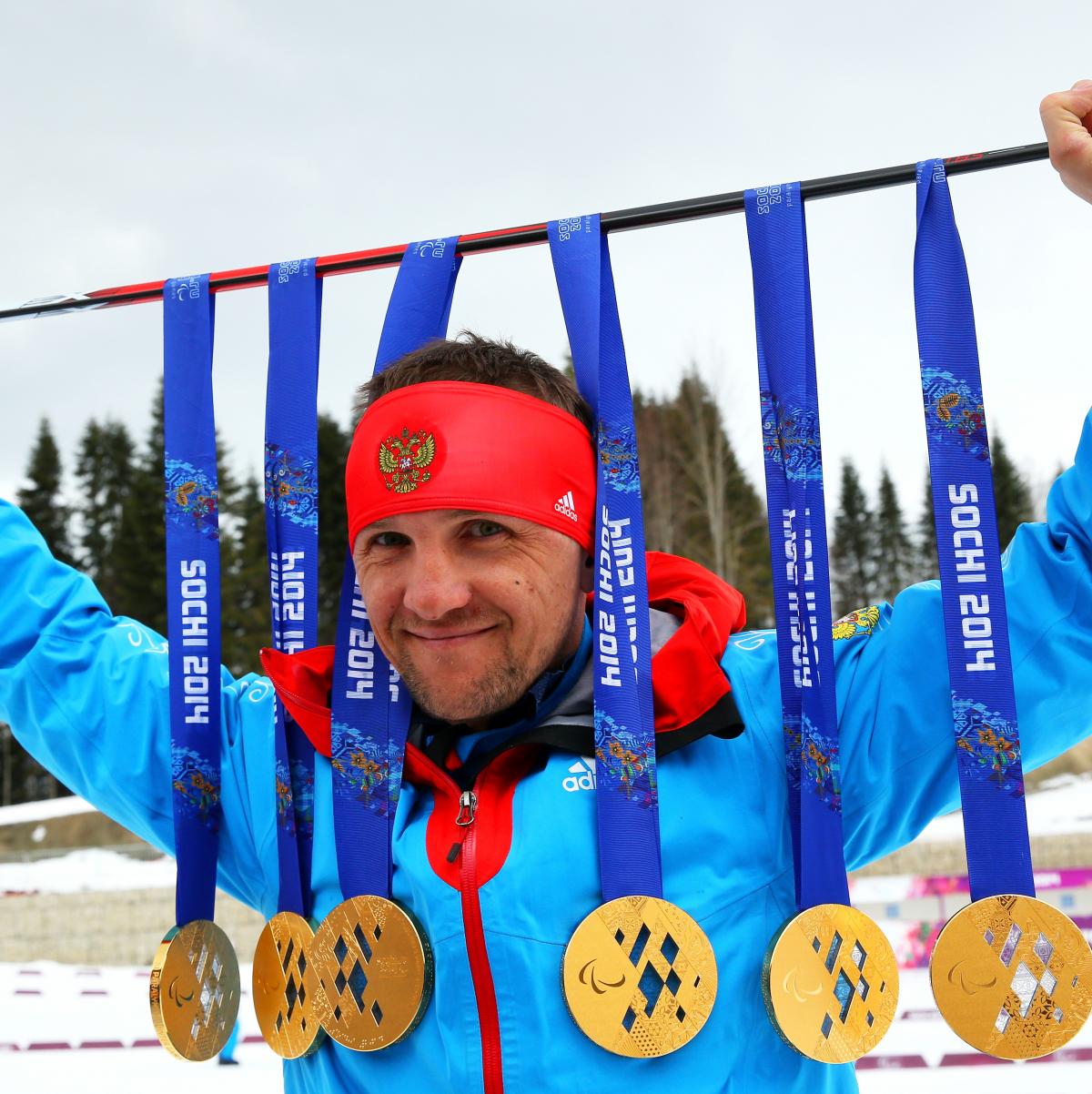 Russian Roman Petushkov was the most decorated athlete at Sochi 2014, winning five individual and one relay gold.

ⒸGetty
By Richard Waterhouse | For the IPC

2014 has been a breath taking year and his most successful campaign to date.

Russia’s Roman Petushkov enters the IPC’s Top 50 Moments at No. 4, after becoming the most decorated athlete at Sochi 2014 with six biathlon and cross-country gold medals.

The 36-year-old joined Paralympic Winter greats such as Canadian alpine skier Lauren Woolstencroft and German biathlete Verena Bentele, by winning five individual and one relay title at a single Games.

In the men’s biathlon sitting, Petushkov fought off many of his fiercest competitors and team mates, including Grigory Murygin in the 15km sitting as well as the 12.5km and 7.5km.

He was also successful in the 15km and 1km cross-country sprint.

Along with Murygin, Vladislav Lekomtcev and Rushan Minnegulov, the Russian relay team won by almost a second in the mixed 4x2.5km open cross-country relay ahead of Ukraine and France.

To cap an incredible season, Petushkov was presented with the prestigious Juan Antonio Samaranch IOC Disabled Athlete award by the US Sports Academy in July 2014.

The award is presented to those who display courage, desire and athletic ability and the Russian has shown he has all of those attributes throughout his career.

He was also presented with the ‘Return to Life’ award by his National Paralympic Committee at their annual ceremony in December.

It all began in 2007, just one year after the car accident which led to the amputation of both of Petushkov’s legs.

Two years passed, and having also tried his hand at track and field, Petuskhov made it onto the podium on his World Championships debut in Vuokatti, Finland.

A year later at his first Paralympic Winter Games in Vancouver, Petushkov won a silver and bronze.

But it was in 2013 at the IPC Nordic Skiing World Championships in Solleftea, Sweden, that Petushkov really came to the fore. With a total of six medals, including four golds, he cemented his place as the man to beat following his first world title in 2011.

2014 has been a breath taking year and his most successful campaign to date.

However Petushkov will be looking to show he has plenty more left in the tank in the new season, highlighted by the 2015 IPC Nordic Skiing World Championships in Cable, Wisconsin, USA, from 23 January - 1 February.