After losing to Brazil in the football 5-a-side semi-finals in London, the Argentineans are seeking revenge on the road to Rio 2016. 09 Sep 2013 By IPC

Argentina’s blind football squad are known as “Los Murcielagos” (The Bats) and are highly respected in their home country.

Football 5-a-side has been on the Paralympic Games programme since Athens 2004, but to this day, Brazil are the only nation to have ever won Paralympic gold.

A year removed from their third title at London 2012, that fact still rests in the minds of all the world’s other teams, including Brazil’s arch rivals, Argentina.

Argentina’s blind football squad are known as “Los Murcielagos” (The Bats) and are highly respected in their home country. David Peralta, who competed in his first Paralympics last year, said that football 5-a-side is becoming very popular and is continuing to grow.

“In our country the national team is well-known,” he said earlier this year. “When people see us wearing the training clothes of our national team, they always ask us 'are you part of Los Murcielagos?'"

“We have a very important league with more than 20 teams, and every day it is growing into a more professional sport.”

Argentina had been pushing themselves in training and were determined to win gold in London.

“At Athens 2004 we won the silver medal, in Beijing 2008 we won the bronze one, and now we want the gold medal that is missing,” midfielder Rodriguez said before the Games.

But as everyone knows, Argentina lost to the eventual champions Brazil in the semi-final stages.

That semi-final marked the two teams’ first Paralympic encounter since Argentina’s crushing loss to Brazil in the 2004 final.

The Brazilians made their third successive Paralympic final with a 1-0 penalty shootout victory over their neighbours Argentina.

The first 10 minutes was all Brazil, as Ricardo Alves troubled the Argentine defence with a flurry of shots, but goalkeeper Dario Lencina managed to keep him at bay.

Argentina had a host of chances to claim the lead but they were unable to control the ball in, as the half ended 0-0.

Alves had the best opportunity for Brazil midway through the second half, as composed himself and drove the ball along the floor that scraped the base of the post. From that point, the teams cancelled each other out as they held on for a nervy penalty shootout decider.

Emotions ran high and the adrenaline started pumping inside the Riverbank Arena for this shootout thriller.

To this point Argentina’s only gold medals remain those from the 2002 and 2006 World Championships.

Meanwhile, on the other side of the ball, since the Games, Vasconcelos, 38, has stepped up as Brazil’s new head coach after a playing career in which he swept gold medals at three successive Paralympic Games as the team’s goalkeeper.

He recently revealed to Paralympic.org why the two teams’ rivalry will be the one to watch in the sport over the next Paralympic cycle as we inch closer to Rio 2016.

“The rivalry between us is huge,” Vasconcelos said. “We’ve never had and never will have an easy game against Argentina. The rivalry between the two countries is already a culture in any sport and has extended to the 5-a-side football.

“The rivalry between us makes every game tougher than the one before. Brazilian football is more technical, confident and aggressive, whilst the Argentine’s style is mainly about will and commitment. When the two teams are playing against each other those characteristics go away and it ends up making the game harder for both sides.” 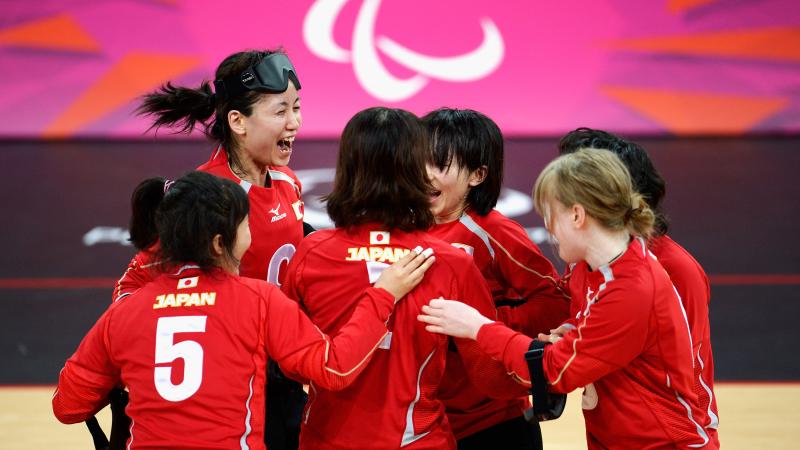