What would the Parapan American Games be without finding out who the fastest Paralympians are west of the Atlantic? 11 Nov 2011
Imagen 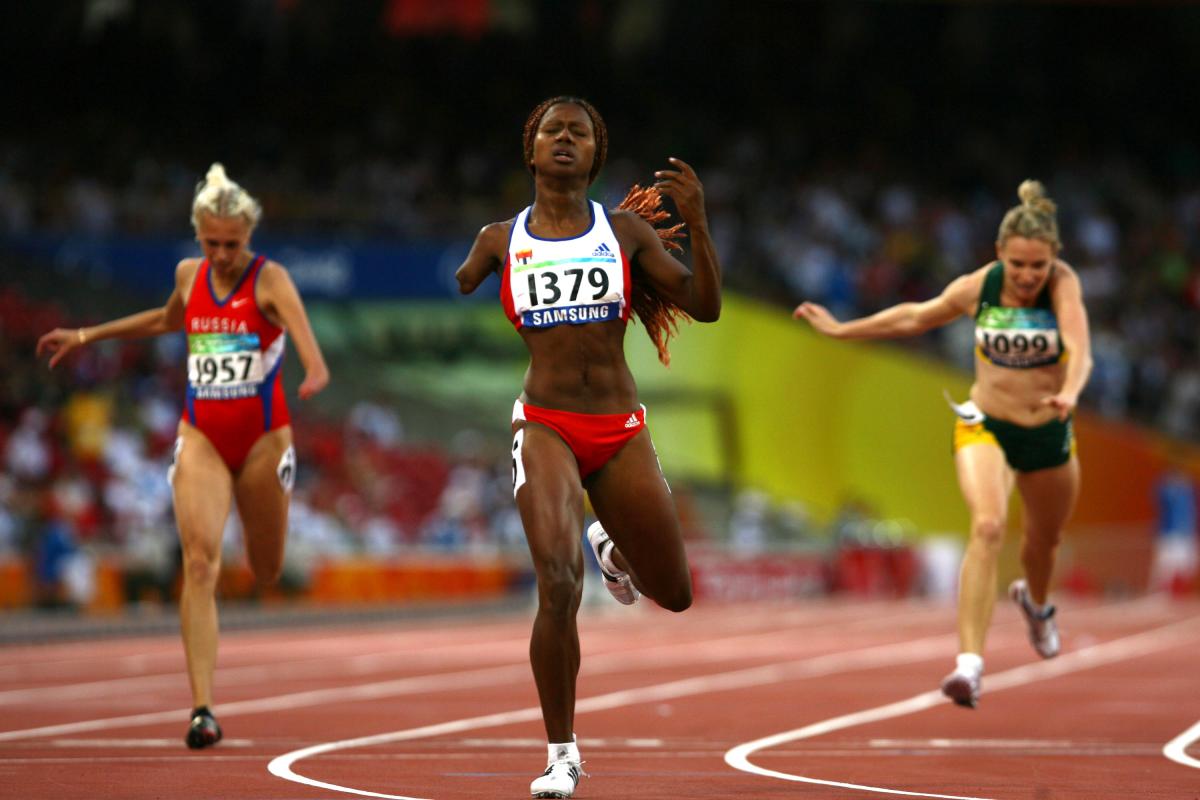 Four golds at the World Championships at the beginning of this year certainly did not hurt Terezinha Guilhermina's argument for being one of the world’s top Paralympians.

Editor's Note: Prior to the Parapan American Games in Guadalajara, Mexico, the International Paralympic Committee (IPC) is counting down the top 10 storylines to watch. Today, we end the series with the No. 1 storyline to watch: 100m sprint events on the track.

What would the Parapan American Games be without finding out who the fastest Paralympians are west of the Atlantic?

Several of the world’s top 100m runners will be present in Guadalajara, Mexico, from 12-20 November in various classifications, most notably Brazil’s Terezinha Guilhermina (T11) and Cuba’s Yunidis Castillo (T46) – both ranked No. 1 in the world in their classes.

Castillo, who had her right arm amputated at age 10, is the reigning T46 world and Paralympic champion, and her winning-race time of 12.04 seconds at the Beijing 2008 Paralympic Games still stands as the world record.

It just so happens that Guilhermina’s personal-best time – also 12.04 seconds – is the standing world-record mark for visually impaired T11 runners.

They are the two fastest female Paralympians on the planet, and both will be whizzing by fans in Guadalajara within the blink of an eye.

Castillo, known as “the queen of speed,” won two golds at Beijing 2008 and three at the 2011 IPC Athletics World Championships in New Zealand.

Her three golds in New Zealand (100m, 200m, 400m) – all in world-record times – were remarkable, as she arrived just two days prior to her first race.

Imagine what Castillo can do in Guadalajara if she arrives in advance.

She should be the one to watch in Wednesday’s 100m T46 women’s final.

Guilhermina, meanwhile, has 12 siblings – five of which have visual impairments – and she will be running with her guide, Guilherme Santana, in Guadalajara.

The 33-year-old quickly became an inspiration to people all around the world after winning a medal of every colour at Beijing 2008.

Four golds at the World Championships at the beginning of this year certainly did not hurt her argument for being one of the world’s top Paralympians.

But that was still not enough for her. Despite being in a separate class from Castillo, she wants to be solely on top.

“My expectation is to beat my own marks, especially in the 100m,” Guilhermina said. “I want to run under 12 seconds and become the fastest Paralympic woman athlete in the world.”

Guilhermina’s toughest challenger at the Parapans will be her teammate Jerusa Gerber dos Santos, who ranks second in the world in the event. The pair will race first in Monday’s semi-finals to earn a spot in Tuesday’s final.

Brazilian Lucas Prado will join Guilhermina in Guadalajara, competing in the men’s 100m (T11) race. He ranks No. 1 in the event this year and hold’s the world record – a 11.03 mark from Beijing 2008 – but he is still fighting the after effects of a serious ankle injury from 2010.

That did not stop him at this year’s World Championships, though, as he still managed to run away with three gold medals.

In Guadalajara, the defending Parapan, World and Paralympic champion hopes to be in his best form since Beijing – perhaps even better.

Though, in Tuesday’s final, he will potentially face stiff competition from teammate Felipe Gomes, the world’s second best runner in the event.

Without South Africa’s Oscar Pistorius present, the competition for the best 100m T43 racer will be wide open. The USA’s Blake Leeper and Brazil’s Alan Fonteles Cardoso de Oliveira are No. 2 and 3 in the world, respectively, in the T43 class this season and could produce a final that goes down to the wire on Monday.

In the 100m wheelchair sprints, Mexico’s Salvador Hernandez is the world’s best in the T52 class and should be favoured to win Tuesday’s final.

Remember all of these names now, because if you blink, you will probably miss them as they sprint past you. 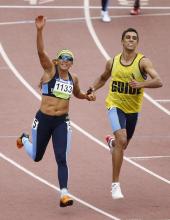