Pistorius transitions from Olympics to Paralympics

South Africa’s Oscar Pistorius talks about how the Olympics have given him the best preparation possible for the Paralympics in London. 31 Aug 2012
Imagen 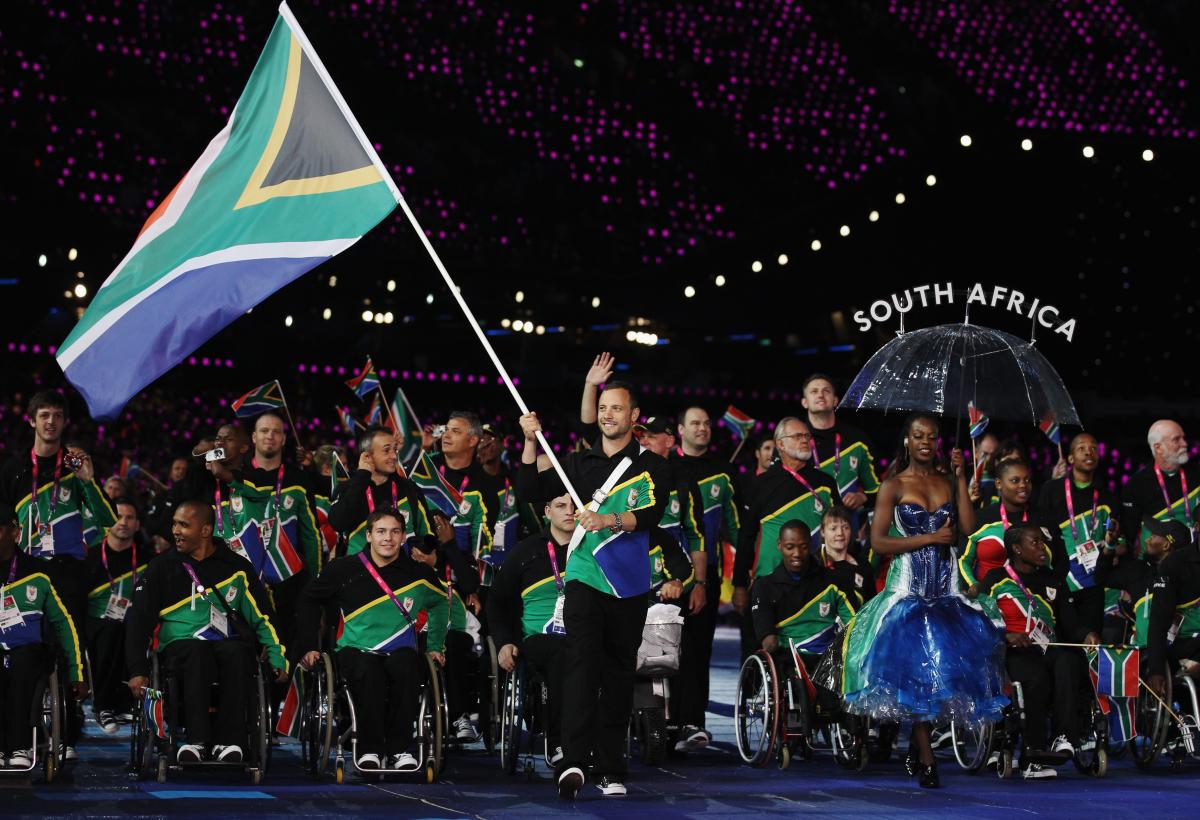 “I was very well conditioned for the 400m up to three weeks ago and these last few weeks I’ve spent a lot of time doing heavier weights and getting a lot of the speed work out of the way, which will help me with the shorter events."

Every Olympics and Paralympics have their poster athletes – the competitors who are the focus of attention in the build-up to the Games.

Jessica Ennis more than lived up to her billing last month and now it is the turn of Oscar Pistorius to receive the barrage of media scrutiny that goes with the territory. And you’ll be seeing a fair bit of the “Blade Runner” at the 2012 Games.

South Africa’s Paralympic Opening Ceremony flag bearer may have a daunting schedule, competing in no fewer than four events here in London – the 100m, 200m and 400m T44 races and the 4x100m relay T42-46 - but the prospect does not overwhelm him as he gears up to defend the individual titles he won in Beijing four years ago.

“I’m feeling pretty good,” he said. “I was very well conditioned for the 400m up to three weeks ago and these last few weeks I’ve spent a lot of time doing heavier weights and getting a lot of the speed work out of the way, which will help me with the shorter events.

“I ran a 100m race in Warsaw recently to try and get race preparation in for that event and I ran a phenomenal time. I feel like I’m in great condition to be able to perform here.”

The triple Paralympic champion made history earlier this summer by becoming the first track and field double amputee to take part in the Olympics.

Reaching the semi-finals of the 400m, and running the anchor leg as part of the South African 4x100m relay squad, as well as receiving a flood of media attention throughout the Olympic Games, you could be forgiven for thinking the 25-year-old might be a little tired, and a little weary, but he remains positively upbeat.

“The Olympics was obviously very important to me and so is the Paralympics. Having qualified for all four events I would like to have an impact in all of them.”

Undaunted by the prospect of another major international event on his sporting calendar, and the public attention that goes with being the world’s most famous Paralympian, Pistorius takes it all in his stride.

“The Olympics for me was a very special experience and something I’d been working towards for a long time. It was a competition I’ve been trying to qualify for for five years, and being able to run against some of the world’s best really pushed me to want to run harder and better.

“This season has been very successful and I’d never want to say one event is more important than the other, as I wouldn’t be able to choose. As long as I can look back and not have any regrets and say I’ve given it my best I’ll be very happy with that.”

In fact, Pistorius believes his Olympic experience could prove useful, providing him with a valuable insight which can only serve to help him.

“Having run at the Olympics I’ve got used to the track and the intensity of the event,” he said. “It will be the same passionate crowd, the same track, so hopefully I can use that to my advantage at least in the first race or two.

“There are going to be events that I am stronger at, the 400m is the event that I focus on and it is definitely where my talent lies. The 100m is going to be a challenge for me and if I can finish in the top three I will be more than happy.”