America’s Oksana Masters, a para-rower, was named to the USA Nordic skiing team just months ahead of the 2014 Sochi Paralympic Winter Games and went on to win a surprise double podium. 03 Jun 2014
Imagen 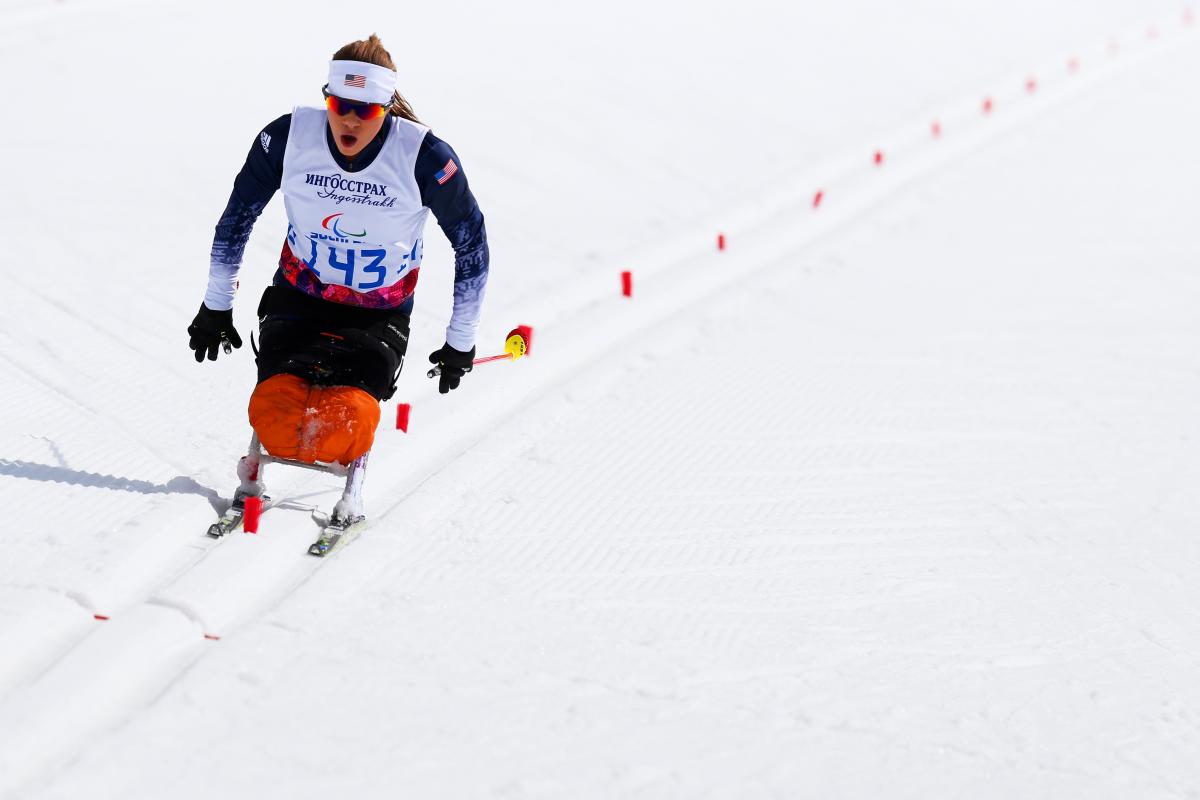 “We knew that the strength and the fitness and just the sheer athleticism that she had was her ace in the hole.”

For an athlete born in Ukraine, who resides in the United States, learned to ski in Germany, and found her way to the podium twice in Russia at the Sochi 2014 Paralympic Winter Games, it is safe to say that Oksana Masters’ first foray into Nordic skiing has truly been a worldly experience.

The 24-year-old sit-skier, also a Paralympic rower, made the switch from summer to winter sports and was named to the US team just months before Sochi 2014.

“She went from a strong person slamming the poles into the ground to one that really understood how to apply those poles,” coach John Farra said.

Masters’ training will come full circle for the first time next year at the 2015 IPC Nordic Skiing World Championships in Cable, Wisconsin, the site of her original Nordic skiing race, a location that will serve as a perfect benchmark for the development of her career on snow so far.

“It is going to be really great to have the worlds at home,” said Masters. “It is where everything started for me. When I first raced in Cable at a World Cup (event) they had last year, I had been on snow for five weeks. I am really interested and eager to see the progress I’ve made through the season - how it will reflect on the same course.”

Since that original IPC Nordic Skiing World Cup event in 2013, Masters has steadily gained ground on the rest of her competition.

A reflection of her progression to date was well documented at the Sochi 2014 Paralympic Winter Games, where Masters and fellow Summer Paralympian Tatyana McFadden led the female charge for the United States Nordic skiing team.

Two Paralympic medals and four top five finishes later, Masters had a boost of confidence, now backed up by results that put her competition on notice for the next Paralympic cycle.

However turning Masters into a podium threat with just months to spare was not an easy task explained coach John Farra.

“In the context of the fact that it often takes a long time to make a fast ski racer, we had our work cut out for us with Oksana,” said Farra. “We knew that the strength and the fitness and just the sheer athleticism that she had was her ace in the hole.”

After intensive training that included time at a snow tunnel in Germany, Masters progressed by leaps and bounds.

In her original women’s cross-country middle distance sitting race back at the 2013 IPC Nordic Skiing World Cup in Cable, Masters finished race in a time of 17:31.8, good enough for seventh place.

By the time the same race rolled around at the Paralympic Winter Games last March, Masters crossed the finished line in a time of 17:04.8, earning her a bronze medal.

“The whole Sochi Paralympic experience was pretty unbelievable,” said Masters. “It was definitely a big shock. I did not expect to place in the places that I did.”

The PyeongChang 2018 Paralympic Winter Games are still a fair way away, but the 2015 IPC Nordic Skiing World Championships are the first step towards establishing who the medal favourites will be.

Masters will be firmly amongst those, hoping her sheer athleticism by then combined with an even better technique, will carry her through.