Sydney 2019: Long wait to come to an end for Patrick Moor

World Championships in October to feature vision impaired shooting, something Austrian rifle specialist Patrick Moor has been working on for years 24 Sep 2019
Imagen 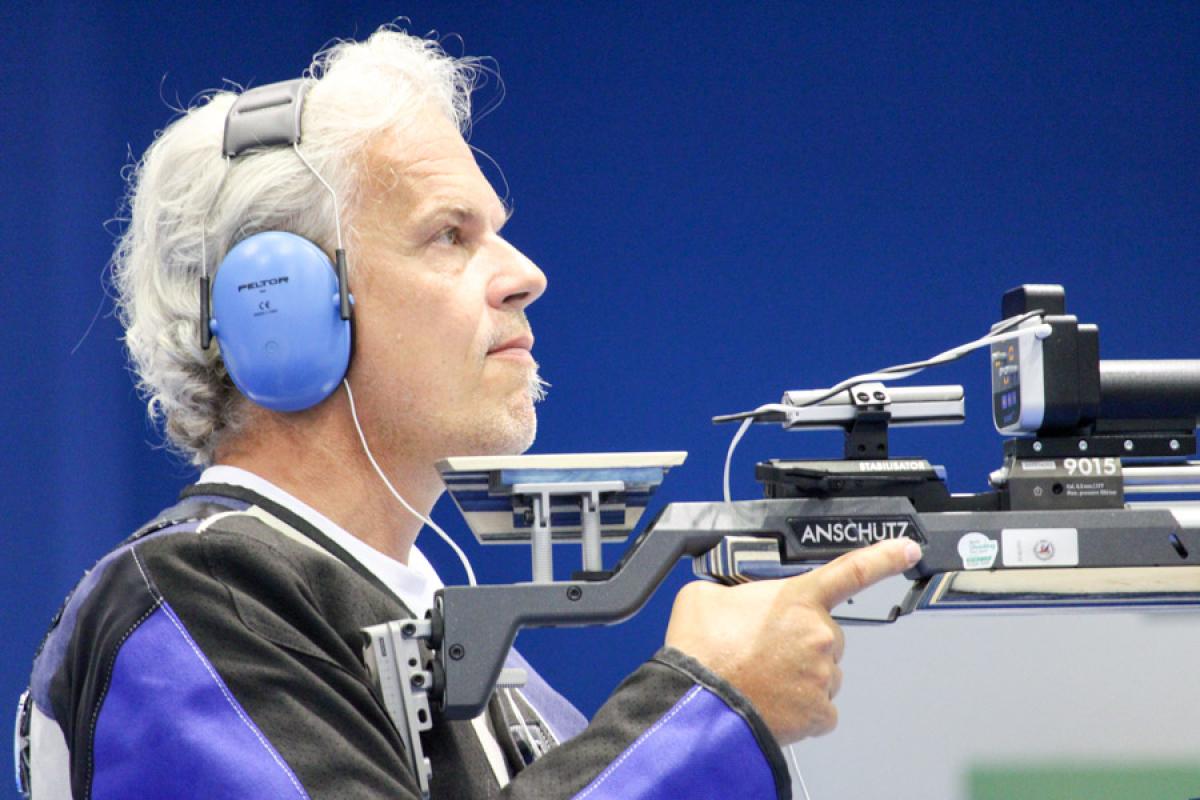 Austrian ace Patrick Moor simply lights up when he recalls the moment he found out that vision impaired discipline would be included at a World Shooting Para Sport Championships for the first time this October in Sydney, Australia.

“This is historic and a very, very important thing for blind shooters,” said the 49-year-old, who won the International Blind Sports Federation (IBSA) World Championships title in 2016. “It’s something I’ve been pushing for, for many years now. In the future it will give our sport so much more depth because it will show to the world that blind people can shoot to a high quality.”

The 2019 World Championships was a moment Moor did not think he would get, especially 15 years ago when he never even held a rifle.

A successful engineer, who ran his own company and travelled the globe securing contracts with various clients, had little idea of the twists of fate that were about to befall him.

“Back in 2004, I could see normally,” he recalled. “But within two months, I developed a problem in one eye. I went to a clinic in Germany for tests and they told me I had macular degeneration in both eyes, and it would get worse and worse. Eight months later, I had lost 80 per cent of my vision.”

Moor had to close his company.

“My state of mind was not very good,” he said. “I was in a hole. Suddenly I couldn’t see, I couldn’t drive, and the hardest thing to accept when you go blind is that you lose your independence. At first, you need other people for everything, and that is very difficult when you always have to ask people, ‘Please help me, please can you do this,’ for even the simplest of tasks.”

Over the next year, Moor began to search for new pursuits which could help him rekindle his daily life. He still remembers being incredulous when a friend suggested that he try shooting.

“I said, ‘You must be a crazy boy! I cannot see, and I will shoot?’” he laughed. “But I thought about it for four months, and then I came to the shooting range, gave it a go and I liked it. I thought, ‘OK, I can measure myself against other people, and when I train more, I can see myself getting better.’ It gave me something to work towards.”

Moor displayed an instant aptitude for his new-found sport. In his first ever competition, the Austrian National Championships for vision impaired shooters, he won, despite competing with a child’s rifle which he had bought for a mere EUR 700.

At his first international event, the 2008 IBSA World Championships, he came fourth in the standing category, despite having only begun training in that discipline six months back.

But it was not only the competitive aspect of shooting which appealed to Moor.

He soon became passionate about the idea of increasing the profile of vision impaired shooting, and gaining the endorsement of the International Paralympic Committee, playing a key role in everything from honing the rules of the sport to enhancing the technology.

“The problem with blind-only competitions is that they’re very small and the quality is not so good,” he said. “When we compete in events alongside wheelchair and amputee shooters which are so high quality in every aspect from the organisation to the rules to TV, it helps grow the sport as more people see that blind people can shoot to a high standard. Then that brings more money into the sport and we have more countries taking part.”

But before vision impaired shooting could be incorporated into official World Shooting Para Sport competitions, there was a technological hurdle which needed to be overcome. Vision impaired shooters use rifles fitted with special aiming devices which help them locate the centre of the target using sound. However, when Moor first began competing, the quality of these devices was relatively low.

“All blind shooters have earphones fitted to the devices and they hear different tones depending on where they’re aiming at the target,” he explained. “The closer to the centre you get, the higher the tone. The further away from the centre, the deeper the tone. But one of the problems with the old devices was that they were too slow at feeding the signal back to the shooter. So after 10 to 15 shots, you weren’t sure if you were aiming at the middle or not.”

Frustrated with how long it was taking manufacturers to develop better aiming devices, Moor decided to design his own. Working with a team of four developers, by 2015 they had created a device which is now used by most of the top vision impaired shooters in the world. Unlike previous devices, it allows shooters to adjust the tones they hear to suit their own preferences.

In 2016, Moor became IBSA world champion using his own technology. On top of the world, he took a short break from the sport to recharge. But after returning to training in 2017, disaster struck.

“I was crossing the street back home when I was hit by a car at 50km/h,” he said. “I broke seven ribs, my leg was completely shattered, and I ended up in intensive care. It took me more than a year to recover fully. It was a very hard time.”

For a while, Moor wondered whether that was the end of his career. But over the following year and a half, he applied the same dogged determination which had served him so well as a competitor, to first learn to walk again, and then return to the sport.

By the end of last year, Moor was back on the shooting range, in time to witness vision impaired shooting as an official. After just seven months of training, he won bronze in the inaugural VI (vision impaired 10m air rifle) competition at the World Shooting Para Sport World Cup in Osijek, Croatia.

Moor will once again be among the medal contenders at the 2019 World Championships in Sydney from 12-18 October.

“If we could reach the Paralympics, that would be the ultimate goal,” he said. “We already have many new countries taking up the sport and preparing to compete internationally – Denmark, Israel, Italy - and in the coming years there will be even more.

The Paralympics would be huge as I really believe that shooting is the best sport for the blind when it comes to rehabilitation. It really helps you to co-ordinate and fine tune so many muscle movements.”

Shooting
Osijek 2019: What we learned
Imagen