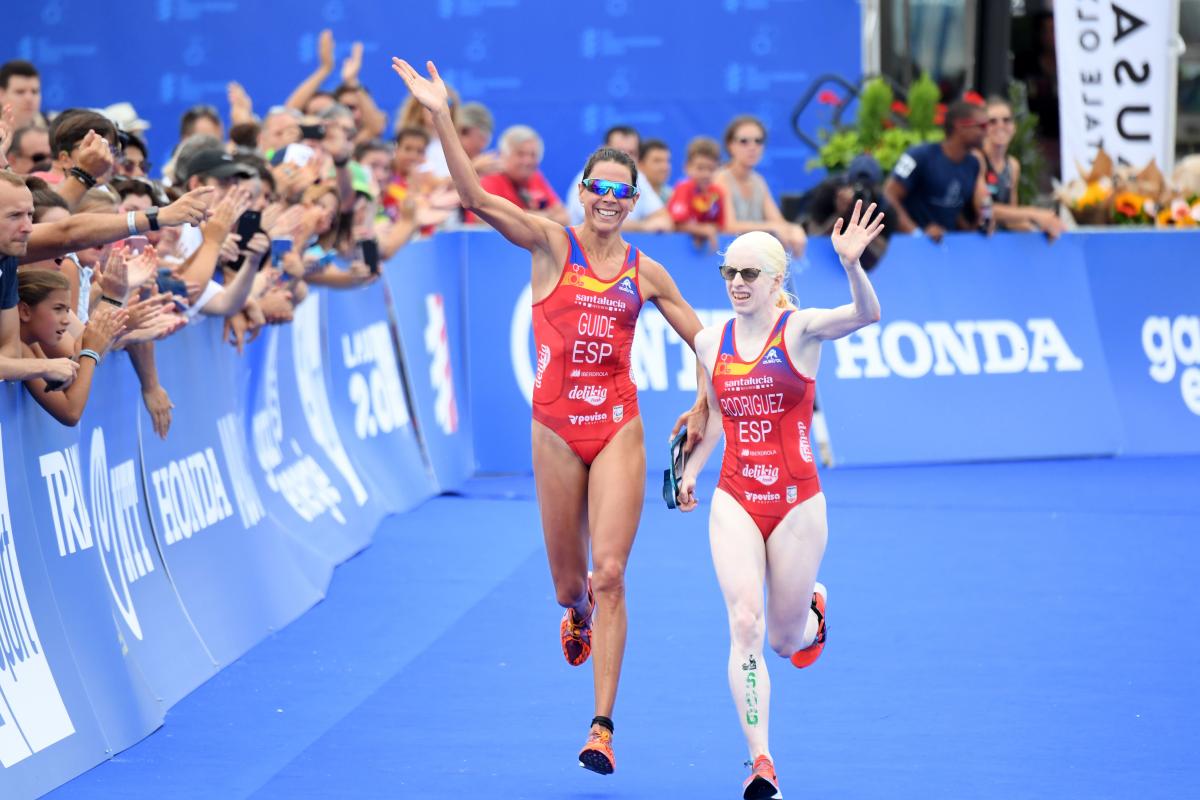 Para triathlete Susana Rodriguez Gacio is relieved that the Tokyo 2020 Paralympic Games are postponed, and with good reason.

The 32-year-old world champion is also a doctor in Santiago de Campostela, Spain. The nation has the third-most COVID-19 cases (around 85,100 as of early April) in the world that is battling a pandemic.

“It’s been so strange and impossible to explain,” Rodriguez said. “No one thought we would ever be like this. It’s very difficult.

“People used to ask me if I preferred sport or medicine, and I always didn’t know what to answer, although sports is my passion. Now though, healthcare is the most important thing to all of us. Every morning I see people dying and it’s going to get worse.

“I was really waiting for the news of the postponement to come out because I thought the Paralympic Games could not be celebrated in the middle of a world with such a big public health problem at the moment. It confirms for me that, behind sports, there is humanity. When we get there, those Games will be very special and we’ll celebrate them in an environment of health, freedom and peace for all.”

Rodriguez specialises in rehabilitation and is heavily involved in COVID-19 patients’ post treatment. One day on her way to work, a colleague she carpools with was tested positive for the virus, and Rodriguez went into self-isolation. She however continued to work from home, consulting patients on the phone.

“After a couple of weeks I am happily back working on the phone assistance programme, which was built by our National Health System to call patients and also to decide when to perform diagnostic tests,” she explained.

The Spaniard’s qualification as a doctor happened before the Rio 2016 Games, where she came fifth in the vision impaired category, and she was going into Tokyo as the women’s PTVI 2018 and 2019 world champion.

She also has hopes, when the Games finally come around, to be Spain’s first ever Paralympic athlete to compete in two sports at the same Games by taking part in the 1,500 metres, for which she holds the Spanish record.

Vision impaired due to albinism and an optic nerve disease, she has been competing since 2010 and runs with a guide in both events. “The main impact is on my sight,” Rodriguez said. “But I also have to be wary of outdoor conditions especially sunlight. I depend on guides and use special clothes and sunscreen.

“My vision impairment also affects my mobility especially if I’m somewhere new. That’s when we use guides. I do the same things and have the same routines. But I need information if I’m going somewhere new. I hope to get a guide dog but that will delayed now by the virus.”

At the moment Gacio splits her time between home in Vigo in north west Spain, and the hospital in Santiago De Campostela. Again though, her preparations for the Games, had they gone ahead, were thrown off by the impact of the virus and the subsequent closure of gyms, swimming pools, and other training spaces.

“I can’t go out to train – even just to walk, as that is all forbidden except for work and food or medicine shopping, and there’s absolutely no swim training.”

She uses her exercise bicycle and a rowing machine to keep fit, and her coach sends her regular training plans. Her national federation was also due to provide a treadmill.

“It’s hard as an athlete,” she added. “You give so much to sport and keep working and training hard for the mind and body for four years. I’ve also had some other health problems to deal with but I keep training and working hard. You keep trying.”

Her Paralympic goals might be delayed, and that however helps her focus on the global priority.

“My aim is the same: to be the best triathlete and athlete I can be in Tokyo and I have not stopped a day to work towards that.

“But now though, I can focus also on helping at work.  The situation in Spain is devastating and I feel the cooperation of all of us is a must right now."