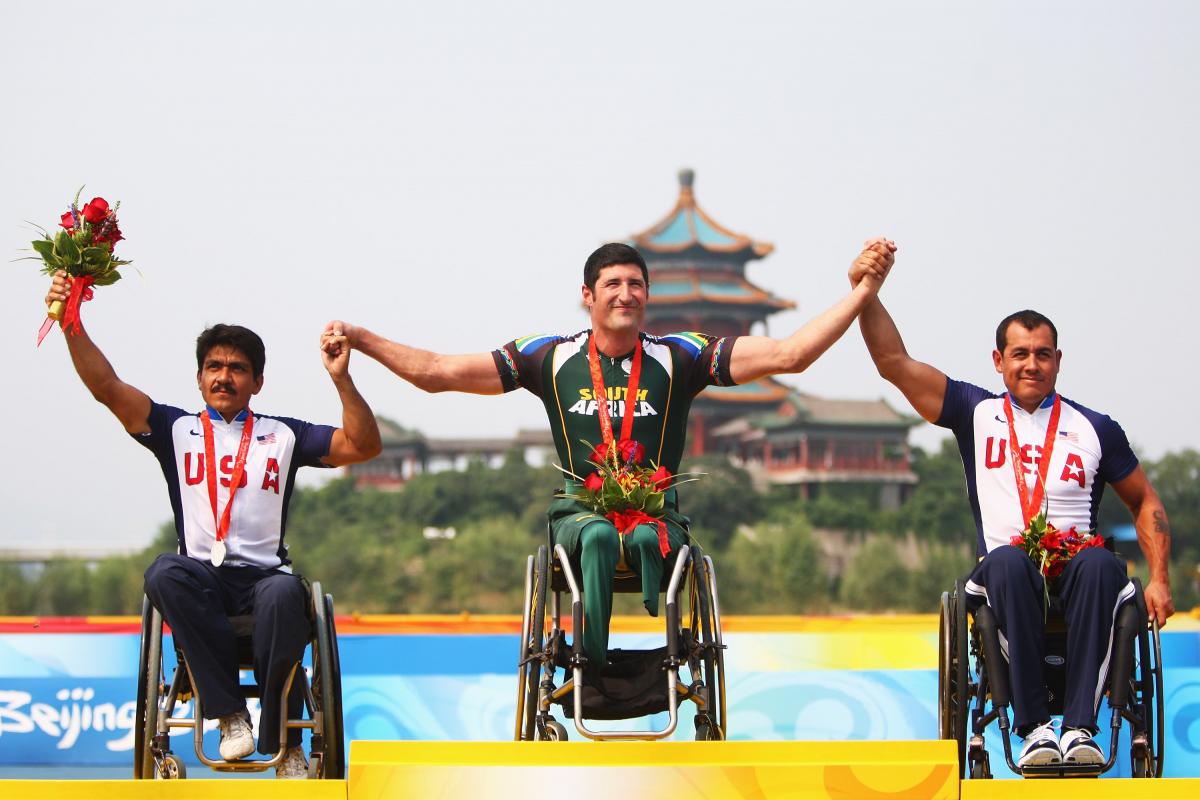 “I think the top three dogs for me to watch in the marathon in Christchurch are David Weir, Kurt Fearnley and Marcel Hug."

The Men’s Marathon T54 will be the ‘must see’ race of this month’s International Paralympic Committee (IPC) Athletics World Championships in New Zealand according to one of the leading contenders to win the race, South Africa’s Ernst van Dyk.

The 37 year old athlete, who is also an IPC Paralympian Ambassador spreading the word globally about the Paralympic Movement, will be one of more than 1,000 athletes from 70 countries competing in Christchurch and will be focusing solely on the marathon which takes place on Sunday 30 January, the final day of competition.

“The mental preparation and the maturity of marathon athletes are fast-tracked because we all compete at such regular intervals,” van Dyk told www.paralympic.org, the IPC’s website.

“I think the top three dogs for me to watch in the marathon in Christchurch are David Weir, Kurt Fearnley and Marcel Hug.

“I mean those three guys have been on the money the last couple of months, almost two years where they’ve performed very well every time they’ve lined up.”

Van Dyk, who was born with congenital absence of both legs, retired from the track after the Athens 2004 Paralympics and has only competed in marathons since. In Beijing in 2008 he took bronze and is excited about the race in Christchurch not only because of those competing but also the course.

Ernst van Dyk said: “I’m quite positive. In November I competed in Japan and we did the fastest marathon of the year in the world.

“I think there were four of us that were separated by a couple of millimetres at the finish.

“I understand in Christchurch we won’t have a track finish which is good for me.

“I’m one of the heavier guys so once we go on the track it just slows me down so much more than the lighter guys.

“So I’m really looking forward to that finish in Christchurch.”

In preparation for the World Championships Van Dyk has been training extra hard over the last months with the help of other marathon events around the world, which he believes will ensure all athletes are in the best possible shape for Christchurch.

Ernst van Dyk said: “The fortunate thing about wheelchair racing and more specifically the marathon is that we have races all the time.

“I’ll do maybe eight marathons in a year and maybe three or four of those top guys will also be racing in one race.

As the 2011 IPC Athletics World Championships are the last major gathering of international athletes ahead of London 2012, van Dyk is using the event to determine his own future.

“I think the marathon in Christchurch will be a good indicator to me and maybe I’ll prolong competing in that at the London Paralympics,” explained van Dyk.

“Somehow I’m going to decide if I’m going to focus on one and put all my eggs in one basket, or whether I’m going to try and spread it between two sports again.”

The other sport the five-time Paralympian is referring to is the Cycling Road event, where he won the gold medal at the 2008 Paralympic Games.

“Beijing was really of a high standard,” Van Dyk said.

“I think that was the highlight of my sporting career. And it was also the first time that I won the gold medal and I think that contributed to my experience there.

“But they did a stellar job. The layout, the professionalism, the way the Paralympics were treated and the crowds, everything was just perfect.”

In Christchurch Ernst van Dyk will be one of many big name athletes competing along with the likes of teammate Oscar Pistorius, Australia’s Kurt Fearnley and American wheelchair racer Jessica Galli.